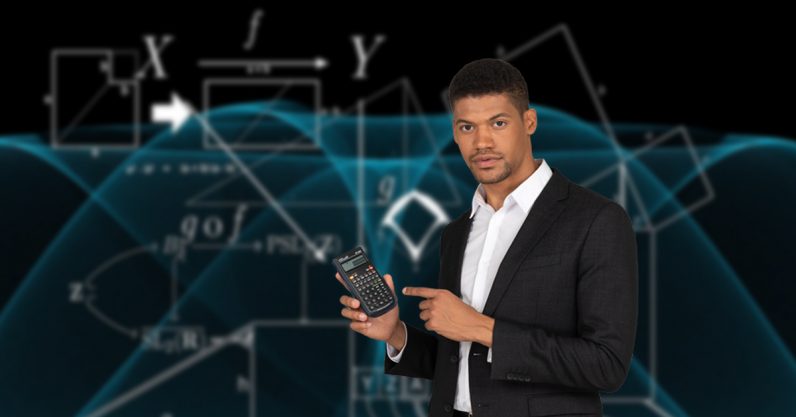 The COVID-19 pandemic has put the world to the test. Never before have we been so aware of the many ways we come into contact with innumerable others. We have been forced to reassess and retrain common habits, from the handshake to the simple act of opening a door.

This is because the virus spreads via physical proximity: direct contact between people (handshakes, kisses, and hugs), coughs, or even touching objects with contaminated droplets. The sum of all of these contacts forms a large and dynamic network – just like Facebook maps out our social interactions online. Disconnecting or weakening this extensive network is the key purpose of social distancing measures, currently experienced across the world.

How we come out of lockdown is the next challenge. It is important to avoid a resurgence of the virus while minimizing the societal and economic damage. Proposals range from creating herd immunity to keeping the lockdown intact until the development of a treatment or vaccination.

We are part of a group of mathematicians and economists specializing in modeling random and uncertain situations. We propose an exit strategy that mitigates the health risks of the former, and the social and economic risks of the latter. This is in line with other ideas such as keeping limitations only for high-risk groups.

Our recently published proposal is based on two key elements. First, identifying green zones, meaning areas where the sanitary system is operational, the growth rate of infections is low, and the future risks appear manageable. And second, progressively joining these green zones together once it is safe to do so.

The purpose of a lockdown is to partition the world population into disconnected sub-networks, between which movement is limited. But such partitions are far from complete.

In France, where we are based, people are asked to stay within 1km of their homes. Although such a measure significantly slows down the spread, the virus can still travel through the entire network. In a city like Paris, two people who are 2km apart may still share the same grocery shop, and so everyone in this 10km city is connected within five degrees of separation.

Instead of enforcing a radius of movement for each individual, as is the case in France, we propose that it would work better if people were allowed to move within disconnected areas, such as counties, towns, or boroughs. Obviously, such a division would be easier to enforce between separate towns than between boroughs of one single town. The division between some zones may, therefore, need to be legally enforced, while divisions between other zones merely recommended. This would, of course, represent a step up in state-enforced control in many countries.

Such zoning measures have been successfully implemented in several areas in China, notably Wuhan. This would reduce links between different areas and prevent the virus from traveling throughout the territory. As it is impossible to cut links completely due to the need for key workers to travel, and some people ignore the rules, we incorporated this into our analysis.

Green zoning would make the transition back to normal life after the initial spread is contained a lot easier. To control the process and the inevitable partial resurgence of the virus, we suggest an approach building on a recent article by the Spanish economist Joan Monràs. He proposes first opening up zones that act as local labor markets – areas that have high levels of commuting within, but little commuting beyond them.

We suggest that each nation should be partitioned into geographic areas, or cells, with 5,000 to 100,000 inhabitants. To limit economic damage, this partition should consider “commuting zones,” that is, zones which share many economic ties.

Each cell is labeled red or green depending on its current status regarding COVID-19. In red cells, the situation would be similar to lockdown. The sanitary measures, restrictions on openings of shops and restrictions on leaving your house would remain in place. In addition, in order to leave one’s zone, a special certificate would be required, reserved for key workers and other important reasons. In contrast, life would progressively go back to normal within green cells.

Consider a town with some 10,000 inhabitants where most people work in a local factory, or in other occupations within the community. Once the virus is under control, no new infections have been detected for several consecutive days (determined by thorough randomized testing as proposed by Economic Nobel Laureate Paul Romer), the town would be labeled “green.” Its inhabitants would then be able to return to their usual social and economic interactions within their zone but travel out of town would be restricted.

After approximately a week, when the virus is under control within a small number of neighboring green cells, they would be joined together into a “green zone.” In this way, ever-larger green zones would be created, with people sharing the same shops, workplaces, parks, and schools. Returning to our Parisian example, all arrondissements could successively be joined together to eventually reunite the city.

The exact definition of what would constitute a green zone and when to join them together would depend on the specific countries and needs to be defined with the consultation of medical, epidemiological and economic experts. In some cases, it may be preferable to refer to them as “amber” in order to highlight the fact that many restrictions remain in place.

Testing and zoning would of course not be perfect. Some green zones would therefore inevitably show a resurgence of infections, and so cease to be “green.” When this happens, the green labeling of the entire area would be lost, and we would go back to the previous lockdown situation.

This reunification process might seem tedious, as the size of the green zones, while often increasing, might also decrease from time to time. But our study suggests that when the probability of new infections is controlled, this process would still enable an exponentially fast return to normality. A country such as the UK, our simulations suggest, could be reunified within two to four months. This assumes sufficient sanitary measures are maintained, and testing becomes more widely available.

Green zoning would allow rapid reunification and the minimization of societal and economic damage by restarting normal relationships as soon as possible. There would also be the possibility of adopting green zoning to fit each region’s capability to implement other measures, such as availability of testing or immunity certificates or practice of sanitary precautions.

To reap the full advantages that the practice of green zoning offers, important policy choices must be made. The definition of zones needs careful consideration of social and economic ties. The rules applying for each zone would need to be clearly defined. Importantly, all measures, including green zoning, would need the support of the public – which may not be easy to secure, given the significant increase in policing measures involved.

The time has come to consider an exit strategy. Our mathematical modeling suggests that some version of green zoning would offer this. Through the progressive enlargement of green zones, we would able to rebuild our social and economic interaction in a safe, efficient, and rapid way.

Read next: The NHS is using AI to predict coronavirus ventilator and ICU demand