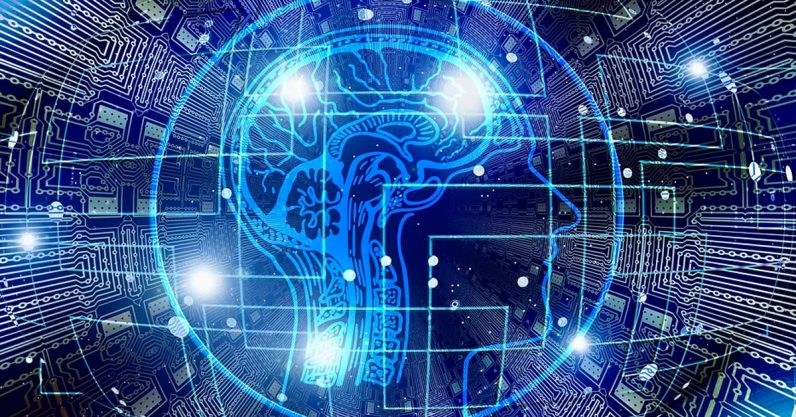 In 1956, a group of scientists led by John McCarthy, a young assistant-professor of mathematics, gathered at the Dartmouth College, NH, for an ambitious six-week project: Creating computers that could “use language, form abstractions, and concepts, solve kinds of problems now reserved for humans, and improve themselves.”

The project kickstarted the field that has become known as artificial intelligence (AI). At the time, the scientists thought that a “2-month, 10-man study of artificial intelligence” would solve the biggest part of the AI equation. “We think that a significant advance can be made in one or more of these problems if a carefully selected group of scientists work on it together for a summer,” the first AI proposal read.

More than six decades later, the dream of creating artificial intelligence still eludes us. We still don’t have thinking machines that can think and solve problems like a human child, let alone an adult. But we’ve made a lot of progress, and as a result, the field of AI has been divided into artificial general intelligence (AGI) and artificial narrow intelligence (ANI).

What is the difference between general AI and narrow AI?

AI, as envisioned by McCarthy and his colleagues, is an artificial intelligence system that can learn tasks and solve problems without being explicitly instructed on every single detail. It should be able to do reasoning and abstraction, and easily transfer knowledge from one domain to another.

Creating an AI system that satisfies all those requirements is very difficult, researchers have learned throughout the decades. The original vision of AI, computers that imitate the human thinking process, has become known as artificial general intelligence.

Read: [Self-supervised learning is the future of AI]

According to Wikipedia, AGI is “a machine that has the capacity to understand or learn any intellectual task that a human being can.” Scientists, researchers, and thought leaders believe that AGI is at least decades away.

But in their continued endeavors to fulfill the dream of creating thinking machines, scientists have managed to invent all sorts of useful technologies. Narrow AI is the umbrella term that encompasses all these technologies.

Narrow AI systems are good at performing a single task, or a limited range of tasks. In many cases, they even outperform humans in their specific domains. But as soon as they are presented with a situation that falls outside their problem space, they fail. They also can’t transfer their knowledge from one field to another.

For instance, a bot developed by the Google-owned AI research lab DeepMind can play the popular real-time strategy game StarCraft 2 at championship level. But the same AI will not be able to play another RTS game such as Warcraft or Command & Conquer.

While narrow AI fails at tasks that require human-level intelligence, it has proven its usefulness and found its way into many applications.  Your Google Search queries are answered by narrow AI algorithms. A narrow AI system makes your video recommendations in YouTube and Netflix, and curates your Weekly Discovery playlist in Spotify. Alexa and Siri, which have become a staple of many people’s lives, are powered by narrow AI.

In fact, in most cases that you hear about a company that “uses AI to solve problem X” or read about AI in the news, it’s about artificial narrow intelligence.

Symbolic artificial intelligence, also known as good old-fashioned AI (GOFAI), was the dominant area of research for most of AI’s history. Symbolic AI requires programmers to meticulously define the rules that specify the behavior of an intelligent system. Symbolic AI is suitable for applications where the environment is predictable and the rules are clear-cut. Although symbolic AI has somewhat fallen from grace in the past years, most of the applications we use today are rule-based systems.

Machine learning, the other branch of narrow artificial intelligence, develops intelligent systems through examples. A developer of a machine learning system creates a model and then “trains” it by providing it with many examples. The machine learning algorithm processes the examples and creates a mathematical representation of the data that can perform prediction and classification tasks.

Reinforcement learning, another subset of machine learning, is the type of narrow AI used in many game-playing bots and problems that must be solved through trial-and-error such as robotics.

Both symbolic AI and machine learning capture parts of human intelligence. But they fall short of bringing together the necessary pieces to create an all-encompassing human-level AI. And this is what prevents them from moving beyond artificial narrow intelligence.

Symbol manipulation is a big part of the human thinking process. But the mind does a lot more than symbol manipulation. A lot of the skills we acquire in our childhood (walking, running, tying shoelaces, handling utensils, brushing teeth, etc.) are things we learn by rote. We can learn them subconsciously and without doing any form of symbol manipulation in our minds.

Symbolic AI systems are very brittle. They need to be precisely instructed on every task they must accomplish and can only function within the context of their defined rules.

On the other hand, machine learning algorithms are good at replicating the kind of behavior that can’t be captured in symbolic reasoning, such as recognizing faces and voices, the kinds of skills we learn by example. This is an area where deep neural networks, the structures used in deep learning algorithms, excel at. They can ingest mountains of data and develop mathematical models that represent the patterns that characterize them.

But again, the mind’s learning process cannot be simplified into pure pattern-matching. For example, we recognize images of cats because we can associate them with the many images of cats we’ve seen in our lives. But this simple task of recognizing cats also involves a lot of symbol manipulation (it has four legs, a tail, furry body, pointed ears, a triangular nose, etc.).

The lack of symbol manipulation limits the power of deep learning and other machine learning algorithms. Deep learning algorithms need vast amounts of data to perform tasks that a human can learn with very few examples. Convolutional neural networks (CNNs), used in computer vision, need to be trained on thousands of images of each type of object they must recognize. And even then, they often fail when they encounter the same objects under new lighting conditions or from a different angle.

Game-playing AI systems such as AlphaGo, AlphaStar, and OpenAI Five must be trained on millions of matches or thousands of hours’ worth of gameplay before they can master their respective games. This is more than any person (or ten persons, for that matter) can play in their lifetime.

Machine learning systems are also strictly bound to the context of their training examples, which is why they’re called narrow AI. For example, the computer vision algorithms used in self-driving cars are prone to making erratic decisions when they encounter unusual situations, such as an oddly parked fire truck or an overturned car.

What comes after narrow AI?

Scientists agree that none of the AI technologies we have today have the required ingredients for artificial general intelligence. But they don’t necessarily agree on what is the next step to move beyond narrow AI. Some of the plans to expand the capabilities of artificial narrow intelligence are as follows:

How do we know if we have moved past narrow AI?

A prime example is chess, which was once considered to drosophila of artificial intelligence, a reference to the breakthrough genetic research on fruit flies in the early 20th century. But Deep Blue, the computer that defeated world chess champion Garry Kasparov in 1996, is not considered intelligent in the same sense that a human chess player. It uses sheer computing power to examine all the possible moves and chooses the one that has the best chance of winning. The same has been said of other narrow AI systems that excel at particular tasks, such as making phone calls and reserving tables at restaurants.

In many ways, narrow AI has proven that many of the problems that we solve with human intelligence can be broken down into mathematical equations and dumb algorithms.

More recently, there has been a greater focus on measuring an AI system’s capability at general problem–solving. A notable work in this regard is “On the Measure of Intelligence,” an influential paper by François Chollet, the creator of the Keras deep learning library.

In his paper, Chollet discusses ways to measure an AI system’s capability to solve problems that it has not been explicitly trained or instructed for. In the same paper, Chollet presents the Abstraction Reasoning Corpus (ARC), a set of problems that can put this assumption to test. Kaggle, the Google-owned data science and machine learning competition platform, launched a challenge to solve the ARC dataset earlier this year.

While there’s very little chance that anyone will be able to solve the challenge and claim the prize, it will be a good measure of how far we’ve moved from narrow AI to creating machines that can think like humans.