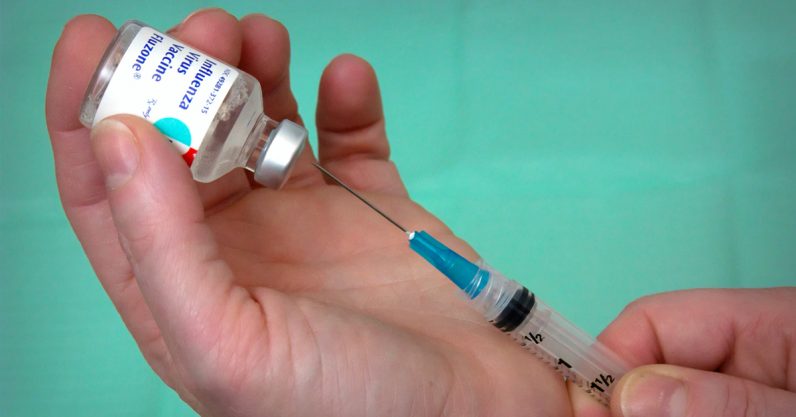 Not long after the COVID-19 pandemic began, hopes for a vaccine were raised. Even US president, Donald Trump, a former vaccine skeptic, demanded a coronavirus vaccine, saying: “Do me a favor, speed it up, speed it up.”

So where does that leave the “anti-vaxxers” – those who are critical or oppose vaccination. Will they now be quiet in the face of a real-life reminder of a time before vaccines controlled many diseases?

During a pandemic, the position of those who oppose vaccination is often voiced, even if a vaccine is not yet available.

Some celebrities and high-profile personalities have also spoken out about their unwillingness to have a vaccine. The British rapper MIA, for example, attracted controversy for her tweet: “If I have to choose the vaccine or chip I’m gonna choose death. YALA.”

MIA experienced a significant backlash from many followers who disagreed with her views. Indeed, in general, the heightened stakes of a very present disease threat may lead to a stronger countering by those who are in support of vaccination.

While the anti-vax constituency was seen as politically attractive in pre-coronavirus times, today, vocal vaccine critics looking for votes may find it harder. As a Vermont governor candidate has found, his stance against government-mandated vaccination has been questioned by opponents.

Anti-vaxxers are a target right now for those looking for enemies in the crisis. While tempting, it is important not to fuel tensions and polarization. The worries that anti-vaxxers might have of government encroachment into private lives (through surveillance and possible enforcement of vaccines) should be addressed, as should the spread of misinformation and “influencers” offering alternative “natural cures” that are useless or even harmful.

It is difficult to assess, at this stage, what the public’s reaction to a coronavirus vaccine might be. Looking at vaccines that were rolled out in response to other disease outbreaks, you will find different reactions. For example, there was a high demand for the polio vaccine in the 1950s because the risk was very present. But there were concerns over a new vaccine being “rushed” or “not tested well” during 2009 H1N1 “swine flu” pandemic.

A vaccine for COVID-19 will have to go through all the same safety and effectiveness tests as any other vaccine that is introduced. But negative comments in the media about the speed and rigor of vaccine trials is worrying. As are references to trial participants as “guinea pigs.”

Even more worrying is the spread of misinformation and disinformation, which can stem from skepticism about the motivations of those who have developed a new vaccine and may lead to questions about how safe and useful it is. This sort of thing could derail a vaccination campaign, as has happened in the past. For example, in 2017, a rumor that vaccination would make children impotent hampered the Indian government’s vaccination campaign for new measles and rubella vaccines being rolled out in five states.

To address this risk, health authorities and governments need to quickly react to information that is false or misleading. Social media platforms are already aware of their role against COVID-19 fake news and met with government leaders early on in the crisis.

Where there are very limited control and oversight is with private messaging, such as WhatsApp, email, and text messages. Even though WhatsApp recently announced it will limit “frequent forwards,” by restricting the times a message can be forwarded by five, we still need to rely on the public to be aware of what sources to trust and also bring attention to fake news.

With the many concerns about opposition to vaccination, what should not be neglected are the routine immunization programs that protect people against vaccine-preventable diseases. While it may be harder to routinely vaccinate people if health resources are directed elsewhere, and there is difficulty or reluctance to go to the doctor or other places where vaccination takes place (such as schools, due to closure), making the best use of the vaccines already available is crucial to avoid other disease outbreaks on top of COVID-19.

This article is republished from The Conversation by Samantha Vanderslott, Postdoctoral Researcher in Social Sciences, University of Oxford under a Creative Commons license. Read the original article.

Read next: The 3 things you need to deliver a kick-ass presentation over Zoom