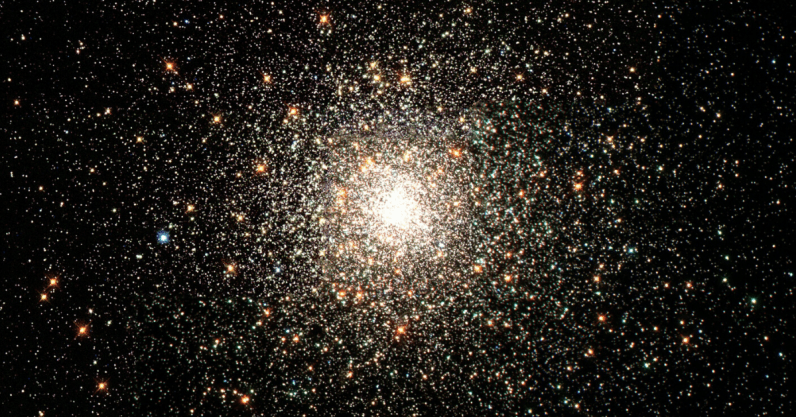 By conducting experimental research with matter 10 million times denser and 25 times denser than that found at the centre of the sun, researchers have determined the nature of the nuclear processes that occur within intermediate-mass stars.

Our understanding of the deaths of both low and high mass stars are fairly sound, but the team’s findings could change how we think about the fate of stars that lie in between. They suggest that such stars may not collapse, as previously believed, but instead end their lives in a spectacular explosion.

How a star evolves is very much dictated by its mass, with lower mass stars such as our own sun leaving behind a white dwarf — a stellar-core remnant composed of degenerate electron matter — and the remains of high mass stars marked by a neutron star, or if they are massive enough, a black hole. The events that transpire at the end of an intermediate-mass star’s life are considerably murkier, however. An odd predicament, as stars such as this with a mass of between 7 and 11 times that of the sun are extremely common within the Milky Way — our own galaxy.

[Read: This new satellite is dedicated to observing alien worlds outside of our solar system]

“The final fate of intermediate-mass stars depends on a tiny detail, namely, how readily the isotope neon-20 captures electrons in the stellar core,” explains Professor Gabriel Martínez-Pinedo of GSI’s research department Theory and the Institut für Kernphysik, TU Darmstadt. “ Depending on this electron capture rate, the star will be either disrupted in a thermonuclear explosion or it will collapse to form a neutron star.”

Brining the stars down to earth

Thus by studying these isotopes in nuclear laboratories here on Earth — a far more peaceful testing ground than the interior of a star — the team realized they could shed light on the death throes of these stars. “This work started when we realized that a strongly suppressed, and hence previously ignored and experimentally unknown, transition between the ground states of neon-20 and fluorine-20 was a key piece of information needed to determine the electron capture rate in intermediate-mass stars,” says Professor Karlheinz Langanke, Research Director of GSI and FAIR.

The team’s measurements — taken in the Accelerator Laboratory of the University of Jyväskylä — revealed a strong transition between the ground states of neon-20 and fluorine-20. This leads to electron capture in neon-20 occurring in much lighter densities than physicists had previously believed was possible. For intermediete-mass stars, this means that process is much more likely to occur and thus lead to a thermonuclear explosion rather than collapse into a neutron star.

“It is amazing to find out that a single transition can have such a strong impact on the evolution of a big object like a star,” remarks Dag Fahlin Strömberg, who was responsible for large parts of project’s simulations.

The team’s results have wider implications for the abundance and evolution of certain chemical elements in the galaxy because thermonuclear explosions eject far more material into their surroundings than gravitational collapse does. This ejected material is rich in titanium-50, chromium-54, and iron-60, meaning that the unusual titanium and chromium isotopic ratios found in some meteorites, and the discovery of iron-60 in deep-sea sediments could be produced by intermediate-mass stars. Should this be the case, it means that intermediate stars may have exploded in our galactic neighborhood in both its relatively recent history — the last few million years — and its distant past — billions of years ago.

Should the team’s research be correct, a thermonuclear explosion seems the most likely end fate of mosy intermediete-mass stars. This would result in a Type Ia supernova leaving behind a unique type of white dwarf, known as an oxygen-neon-iron white dwarf. Thus, confirming the team’s conclusion relies on the detection of these white dwarfs. Their subsequent study should then grant insight into the mechanism that triggers the explosion.

Whilst waiting for those developments, the team has no intentions of resting on their laurels, however. There is still the question of what role convection within the star plays in the explosion to tackle. Also, current and planned nuclear accelerators here on Earth are set to investigate various isotopes and their properties in order to better understand their roles in these cosmic events.