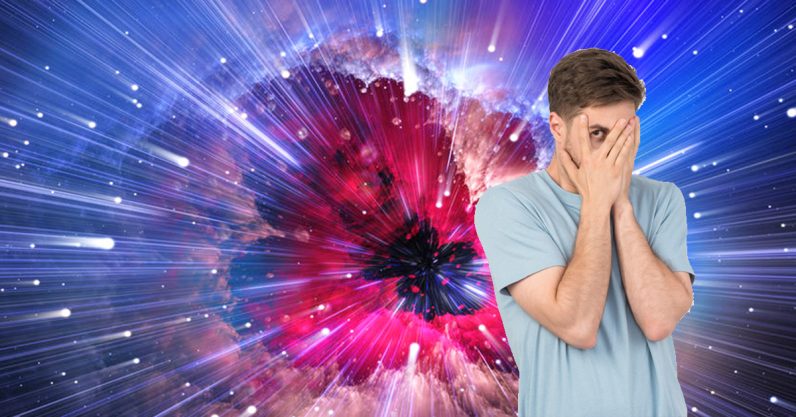 Ripples in spacetime known as gravitational waves could reveal the answer to one of the greatest questions in the study of the Cosmos — why anti-matter in the early Universe did not completely annihilate every particle of matter and vice versa.

According to widely-accepted models of the Big Bang, the enormous energy of the explosion soon began to freeze into subatomic particles. As the Universe continued to expand and cool, matter and anti-matter formed (theoretically) in equal amounts. Were that the whole story, however, these particles should have eventually wiped each other out of existence.

But, when we look around us, everything we observe — from the tiniest microbe to the largest galaxy, is made of matter, while the presence of anti-matter seems to be relegated to high-energy environments like the surface of stars or the merger of black holes.

[Read: This solar telescope just released its first close-up video of the Sun — and it’s stunning]

One way to explain why matter seems omnipresent today is that early in the age of the Cosmos, a tiny amount of the anti-matter of the Universe transformed into matter. Just one in a billion particles would have needed to do so in order to create the Universe we see today, but the reason why particles would change their nature like that remained a mystery.

Matter and anti-matter pairs, like the electron and positron, are in most ways identical to one another, except they have opposite electrical charges. This would normally make it impossible for particles of anti-matter to turn into matter (or vice versa).

An international team of researchers recently proposed that a phase transition (similar to the change from liquid water to ice) allowed neutrino particles to turn some anti-matter particles into their “normal” partners. These particles, which only rarely interact with matter, would “reshuffle” ratios of matter and anti-matter, leaving us with the Universe we know today.

“When a certain metal is cooled to a low temperature, it loses electrical resistance completely by a phase transition, becoming a superconductor. It is the basis of Magnetic Resonance Imaging (MRI) for cancer diagnosis or maglev technology that floats a train so that it can run at 300 miles an hour without causing dizziness. Just like a superconductor, the phase transition in the early Universe may have created a very thin tube of magnetic fields called cosmic strings,” states Hitoshi Murayama, MacAdams Professor of Physics at the University of California, Berkeley.

These cosmic strings would have tried to “simplify themselves,” creating a wobbling in spacetime that would be seen today in the form of gravitational waves.

“When the Universe might have been a trillion to a quadrillion times hotter than the hottest place in the Universe today, neutrinos are likely to have behaved in just the way we require to ensure our survival. We demonstrated that they probably also left behind a background of detectable gravitational ripples to let us know,” explains Graham White, a postdoctoral fellow at Canada’s national particle accelerator center, TRIUMF.

For every one billion particles of antimatter there were one billion and one particles of matter. And when the mutual annihilation was complete, one billionth remained — and that’s our present universe. — Albert Einstein

Cosmic strings were first proposed several years ago as a means of explaining variations in densities of matter which led to stars and galaxies. However, those ideas were supplanted by other notions of the development of matter in the early Universe.

Anti-matter, first proposed by physicist Paul Dirac, was not detected until 1932 and was first created under laboratory conditions in 1955. Gravitational waves from these cosmic strings would be distinctive from other ripples in spacetime caused by events like the merger of black holes.

Only in the last few years have astronomers been able to detect gravitational waves. However, several new observatories are set to go into operation soon, opening a new field of astronomy. This advance, as important as the development of radio telescopes more than 60 years ago, could provide answers to the question of why matter seems to be ubiquitous throughout the Universe.

Analysis of this new theory was published in Physical Review Letters. This article was originally published on The Cosmic Companion by James Maynard, an astronomy journalist, fan of coffee, sci-fi, movies, and creativity. Maynard has been writing about space since he was 10, but he’s “still not Carl Sagan.” The Cosmic Companion’s mailing list/podcast. You can read this original piece here.