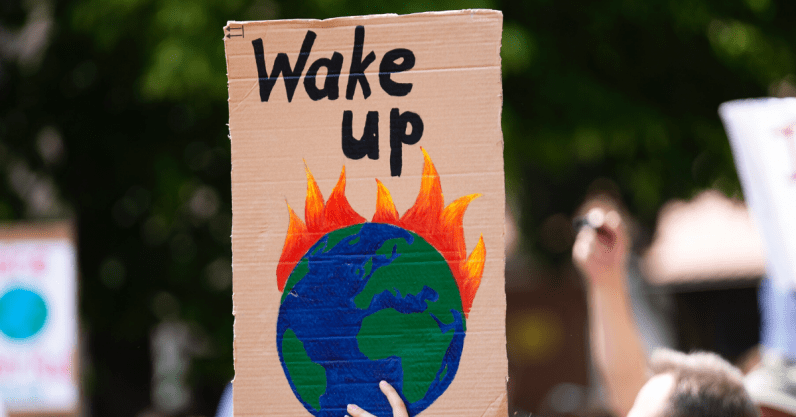 When we talk about innovations to deal with the climate crisis, we tend to think of new technologies developed by physical scientists. Although a real sense of climate emergency now seems to be permeating the global consciousness thanks to recent high-profile campaigning, many of us have been slow to actually make changes in the way we live ourselves. Finding out what it would take to motivate people to take practical steps to reduce emissions is where behavioral science comes in.

As an example, Glasgow City Council recently announced its aim to reduce net carbon emissions to zero by 2030. Some have cast doubt on the council’s capacity to achieve this ambitious target, not least because many sources of emissions are beyond its direct control.

Take the energy used by households in heating their homes. Glasgow is blessed and cursed by fine old buildings, but they require a lot of energy to heat. One challenge that the council faces is persuading owners of these buildings to retrofit them with efficient heating and insulation.

Research suggests that money alone isn’t enough of an incentive. In Michigan in the US, 7,000 households were randomly selected to receive a visit by a community worker who explained the benefits of retrofitting heating and cooling systems and offered to help complete the paperwork that would deliver free materials and installation. The campaign did increase retrofitting relative to a control group from the same population, but the uptake accounted for just 6 percent of eligible households, at a cost of around US$1,000 per home.

More hopeful research comes from the Behavioural Insights Team, an organisation that seeks to generate and apply behavioural insights to inform policy. In an experiment, it offered low-cost loft insulation to homeowners in London. Some were offered additional help to clear out their lofts so that the new materials could be installed.

Again, the number of households taking up the offer was very small, but those offered help with clearing out their lofts showed higher uptake. Suffice to say, the hassle of retrofitting homes and buildings will be a big stumbling block to Glasgow City Council’s ambitious plan.

Back in 2008, an EU-wide regulation came into effect that required an energy performance certificate (EPC) to be made available when a building is constructed, sold or rented. We speculated that house sellers who find their home at the top of one of the letter-color bands on the scale might try to boost their house into the next band by installing small, energy-saving appliances, such as LED lightbulbs. After all, it costs little to make these changes, and when selling a house most people have to clear it out to make it presentable anyway. Importantly, you could potentially make more money selling a D-rated home, for example, than an an E-rated home.

We looked to the English Housing Survey (EHS) to test our idea. In each wave of the EHS, the structural features of roughly 16,000 homes were recorded and entered into an algorithm, resulting in a rating for each home on a 1-100 standard assessment procedure (SAP) scale. With the introduction of the EPC in 2008, these SAP scores became the 1–100 numbers that we see on the right-hand side of the EPC efficiency label today.

When we analyzed the EHS data, we found that, rather than the smooth distribution that would be expected, properties clustered at the lowest point in the D category, at 55 SAP points. When we focused in on homes that had recently been on the market, we found a pronounced spike at 55 SAP points and a shortfall of homes at 54 SAP points, the highest point in the E category. In other words, the data showed that sellers did indeed make the effort to boost their home across the arbitrary thresholds on the EPC label.

The authorities should take note of this result. We calculated that the energy savings induced by the label in England scaled up to roughly 33,470 megawatt hours or, more intuitively, the total electricity consumed each year by a town of 27,702 people.

One insight our results suggest is that authorities should be selective in the timing of subsidies for retrofitting. The evidence suggests that established households are reluctant to alter their properties. But catch people moving into or out of a property and they seem more willing to invest in retrofitting.

A second insight concerns the design of the EPC label itself. As it stands, the thresholds from one category to the next are fixed at certain SAP points. As such, the label only affects a small proportion of properties – those that happen to score just shy of a threshold.

In time, properties that are currently distant from an SAP threshold might become close to moving up a category or, importantly, down a category. Since most people are averse to losing and concerned with rank and position, we would expect the prospect of dropping into a lower color-letter band to be especially motivating.

Glasgow’s 2030 target may well be ambitious, but if the city council looks to the innovations of behavioral science, it could find effective ways of tipping its citizens into making changes that could actually make a difference in reducing carbon emissions.

This article is republished from The Conversation by David Comerford, Program Director, MSc Behavioral Science, University of Stirling under a Creative Commons license. Read the original article.

Read next: How Chinese tech giants are assisting in the battle against coronavirus with AI