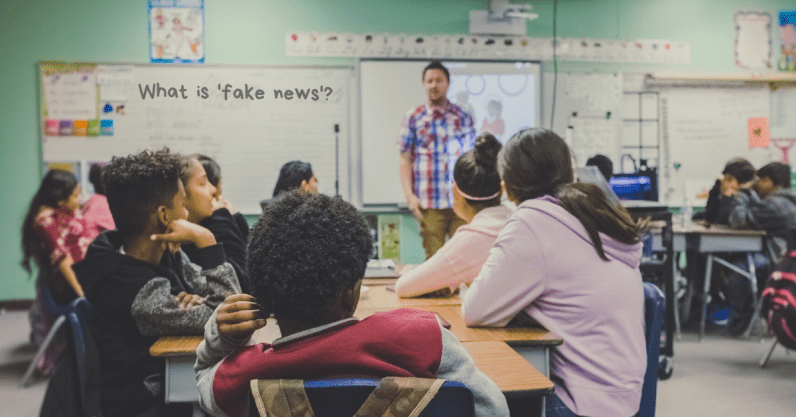 The 2019 general election is already being remembered as the one where misinformation went mainstream. It was, of course, already on the political agenda after the 2016 referendum and US election, with growing numbers of academics and parliament sounding the alarm over foreign actors using so-called “fake news” to disrupt the democratic processes.

But what was seen over the election period was not the work of fringe actors. Instead, major political parties appeared to adopt tactics previously associated with shady players operating at the edges of the information ecosystem. No major party was entirely innocent, as evidenced by First Draft’s Cross Check project. But the Conservatives’ campaign repeatedly adopted controversial tactics. Tactics such as having its press office pose as a fact-checking service and editing BBC news footage to imply that prominent journalists supported the party’s line on Brexit.

Voters, the evidence suggests, were caught in a storm of misleading Facebook posts, memes and tweaked videos. This was a covert propaganda campaign and its impact has yet to be established.

Research from the Reuters Institute for News has shown for some time that growing numbers of people in the UK access their news online – 74 percent in 2018. Over a third (39 percent) get news via social media.

But recent reports have revealed that the situation is even more complex, with work by the Guardian and Ofcom showing people over-reporting news consumption, skimming over headlines and consuming so-called news via user-generated memes, celebrity influencer posts and politicians on social media.

There have been calls for urgent reform to the laws around political advertising to take account of this confusing digital landscape during elections. This is something that politicians must take seriously in the months that follow.

But there is also space for a bottom-up response to this information crisis. The future electorate must be taught how to navigate the modern news landscape. Young people also need to be helped to understand why – in this age of misinformation – public interest news is more important than ever.

Far from being “digital natives”, evidence from the US points to a generation of young people who have no idea where their information online comes from, or why they are reading it. A report by the Stanford History Education Group evaluated the online reasoning skills of 3,446 high school students age 12 to 17 between June 2018 and May 2019. They described the results they found as “troubling”.

There is no evidence to suggest young people in the UK are any better. In fact, the 2018 Commission on Fake News and the Teaching of Critical Literacy Skills found that only 2 percent of children have the critical literacy skills needed to identify a credible news story.

A growing number of educators, policy makers and third-sector groups are calling for news and critical digital literacy to be taught in schools, with over half of teachers reporting that the current national curriculum does not equip pupils with the literacy skills they need to tackle fake news.

In its final report on Fake News, published in February 2019, the UK parliament’s Digital, Culture, Media and Sport Committee reiterated its calls for digital literacy to be the fourth pillar of education alongside reading, writing and maths. But thus far these calls have fallen on deaf ears.

In its response to the committee’s report the government insisted there was no need, arguing students already study the core components of digital literacy in history, English and IT. There have also been suggestions that governmental action is not needed because others are active in this space.

There are indeed news organizations, charities and others running news literacy workshops in schools, covering topics such as how articles are put together, and why news matters. The government-commissioned Cairncross review into the future of journalism highlighted some of these and suggested that more collaboration between them could be encouraged as part of a governmental media literacy strategy.

These initiatives, such as NewsWise, a Google-funded partnership between the Guardian Foundation and the National Literacy Trust aimed at primary school children, do valuable work. But many are limited in scope and scale, reliant on external funding and in most cases not subject to any independent evaluation or benchmarking.

And the numbers do not add up. There are close to nine million schoolchildren in England according to Department for Education figures from 2018-2019. But such initiatives are reaching no more than 10,000 children – and that is a generous estimate. This is insufficient to deal with the scale of the challenge.

After he found himself at the centre of a “fake news” row about a genuine picture his newspaper published of a boy lying on the floor of Leeds General Infirmary during the final week of the election campaign, the editor of the Yorkshire Post urged readers not to trust a social media poster who “disappears into the night”. Instead, he urged them to appreciate the difference between that and verified, independent and accountable journalism.

But this is easier said than done. News is no longer spoon-fed by a handful of gatekeeper media outlets. This is not a bad thing, but to enable tomorrow’s votes to adopt a healthy news diet, schools must equip them with the skills to do this. And the government needs to act to make this happen sooner rather than later.

Read next: After nearly 6 months, Kashmir’s internet opens up - but only to 300 sites