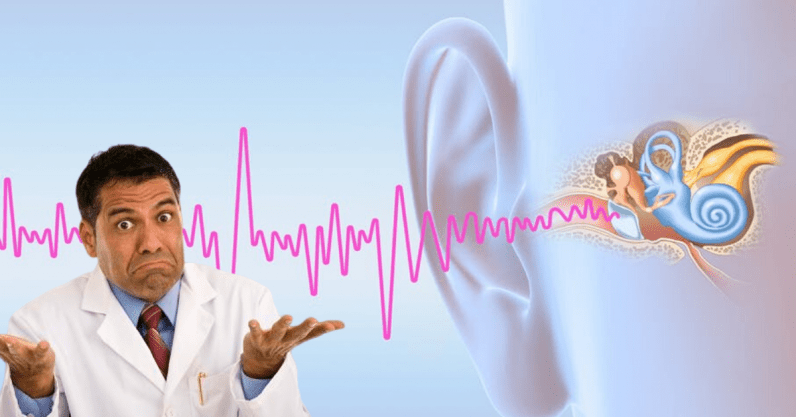 Despite the many groundbreaking medical advances of the last century, there are still some conditions that continue to perplex scientists. One such symptom is tinnitus, which people have reported experiencing as far back as the 1600 BC. Tinnitus is characterized by hearing unwanted sounds, such as a ringing, buzzing, or humming noise in your ears or head. For one in eight people, these sounds never disappear. Although the condition is more common in older adults – possibly due to the natural aging process – tinnitus can affect people of all ages, including young children.

It’s estimated that 30 percent of people worldwide will experience tinnitus at some point in their life. This number is likely to rise, as increases in life expectancy and exposure to loud music are all reasons people develop tinnitus. But while it’s more important now than ever to find a cure for this condition which is likely to become more common, researchers still struggle to find one because of how complex tinnitus is.

Why finding a cure is difficult

One reason that finding a cure for tinnitus is so difficult is because it’s hard to quantify the condition. There’s no reliable, objective way to directly measure the severity of a person’s tinnitus, which means researchers have to rely solely on a patient’s description of their symptoms. Because of this, it’s very hard to establish a diagnosis and whether a treatment has worked.

Scientists also don’t know why some people develop tinnitus and others don’t. More than 200 conditions are associated with developing tinnitus. These can be anything from head or neck injuries, circulation problems, or a side-effect of some medications. Although hearing loss and loud noise exposure have been identified as the biggest risk factors in developing tinnitus, not everyone with hearing loss has tinnitus and not everyone with tinnitus has hearing loss.

A further barrier to finding a cure is that tinnitus is also not fully understood. Although various theories exist, none can fully explain all aspects related to how the sound is produced, why only some become aware of these internally generated sounds, and why the sound may remain for years

Current theories indicate that developing tinnitus involves multiple complex processes taking place in various parts of the brain. This makes it difficult for drug companies to know what area of the brain to target when developing a medical treatment. Although many drugs have shown promise in improving tinnitus during trials, none of these reported improvements were able to be reproduced later on safely and over a long-term period.

In fact, during many of these trials people taking placebo drugs reported similar improvements to their tinnitus symptoms. There are many reasons for why these drugs might not have worked long-term – including being unable to ensure patients were taking the correct dosage without triggering other side-effects, and uncertainty regarding which type of tinnitus the drug should target.

Another problem researchers face in finding a cure is related to the level of impact tinnitus has on an person’s daily life. A majority of people with tinnitus don’t find having the condition problematic. However, a small minority are unable to lead a normal life due to its severity.

When tinnitus is severe, it can make it difficult to hear, concentrate, relax, and focus. Those who are severely distressed by tinnitus even report an inability to work. Being aware of tinnitus may also make it difficult to sleep, which can affect daytime functioning. Being unable to escape or control tinnitus might also lead to feelings of frustration, anxiety and depression. A small proportion of tinnitus sufferers may even contemplate suicide. These different individual reactions show how varied the tinnitus experience can be, and why the search for a cure is such a challenge.

How people with tinnitus can be helped

While it can be disappointing for tinnitus sufferers to learn there is no cure, there are still a number of things that people can do to help them manage the condition. In some instances, medical interventions may help when tinnitus is related to an underlying condition such as an ear infection, jaw problem or high blood pressure. Often, addressing any hearing loss greatly helps manage tinnitus.

Using other strategies, such as mindfulness and relaxation techniques, or sound therapy can also be beneficial in helping people manage their symptoms.

Currently, the approach with the most evidence of effectiveness in reducing distress and increasing quality of life is using cognitive behavioral therapy (CBT). CBT uses various techniques to help change negative thoughts and responses to tinnitus. Strategies provided are aimed at helping people ensure having tinnitus does not restrict their lives.

There are, however, very few specialists who deliver cognitive behavioral therapy for tinnitus specifically. Cost, and a lack of resources are further barriers for tinnitus treatment, but access to online therapy might be one way to address these issues.

More than ever before collaborations are encouraged between industry, academics and people with tinnitus to work together to tackle tinnitus. Although it remains an enigma, there is more research into tinnitus than ever before. There are clear indications of progress regarding our understanding of tinnitus and how to treat it. This should be embraced as it acts as stepping stones for further breakthroughs.

This article is republished from The Conversation by Eldre Beukes, Postdoctoral Research Fellow, Anglia Ruskin University under a Creative Commons license. Read the original article.

Read next: You can become a coding whiz with this beginner-friendly course bundle