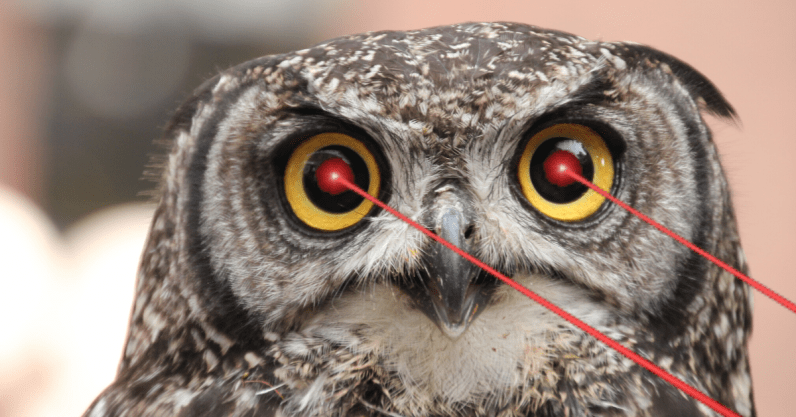 Ecosystems that are bathed in light during the day change profoundly at night. As the sun fades from the land, nocturnal life emerges, with the barn owl (Tyto alba) among them. Barn owls are iconic nocturnal birds of prey that are found all over the world, often near towns and villages. Although a familiar species to many, there is still much we don’t know about them.

One peculiarity is the difference in plumage color between different barn owls. Why is it that some have undersides that are completely white while others are dark red? This puzzled scientists for a long time, but finally, we have an answer.

The light conditions in sunlit environments determine how the color traits of animals evolve, as the composition and quantity of light affects how well an animal is seen by predators or competitors. The stripes of a tiger, for instance, allow this large cat to easily disappear in the dense Indian forest, where the shifting canopy splits light into lines. But how light conditions affect the colouration of nocturnal species is less well understood.

The light at night changes according to the lunar cycle. Go out on a night with a new moon in a rural area and you’ll need a torch to see. Do the same on a night with a full moon and you’ll probably have enough light to see without one. How do barn owls deal with these radical changes in light levels from night to night?

We thought they would have a harder time hunting the rodents they need to feed their offspring on moonlit nights. In the bright moonlight, owls should be more easily spotted by prey such as mice. If this was true, hunting on moonlit nights would be even trickier for white owls than for red owls, simply because white is more reflective and therefore more visible in the moonlight than dark red plumage. As it turns out, we couldn’t have been more wrong.

Blinded by the moonlight

We’ve been following a Swiss population of barn owls for more than 20 years, monitoring their hunting behavior with cameras and GPS trackers and recording when they breed each year and how their offspring develop in the nest. By studying this rich data set, we found that barn owls do indeed have a harder time on moonlit nights. They’re less successful hunters and bring less prey to the nest and as they receive less food, their offspring don’t gain as much weight and the youngest have lower chances of surviving and fledging. This was true for red barn owls, but not, surprisingly, for white barn owls. On the contrary, white barn owls seemed to be doing just as well during full moon nights as when there was no moon.

Perplexed, we decided to look at the problem from the perspective of the rodents that barn owls hunt every night. Our experiment investigated how common voles – the main prey of barn owls – see and react to white and red owls under full and new moon light conditions.

We found that prey detected owls more easily on full moon nights, regardless of what color they were. We knew when the rodents had detected an owl because they froze. Staying immobile is a common prey behavior, as they aim to stay undetected and allow the risk to pass. Curiously, on full moon nights and only when facing a white owl instead of a red one, rodents stayed frozen for longer.

We think voles behave that way when encountering a white owl because they’re scared by bright light reflected from the white plumage. This fear is well ingrained within rodents – medical researchers expose rodents to bright light to measure their fear response and test drugs on them which are designed to treat anxiety. The white plumage of barn owls exploits this fear by reflecting moonlight. This may explain why white plumage – a very rare trait in nocturnal animals – evolved in this species.

This discovery should remind people how important it is to better understand and preserve nocturnal wildlife and the environments they live in. Minimizing light pollution and letting the night be as dark as the moon dictates could benefit beautiful barn owls.

Read next: If Santa screwed up, here are four late holiday deals to help make it right.