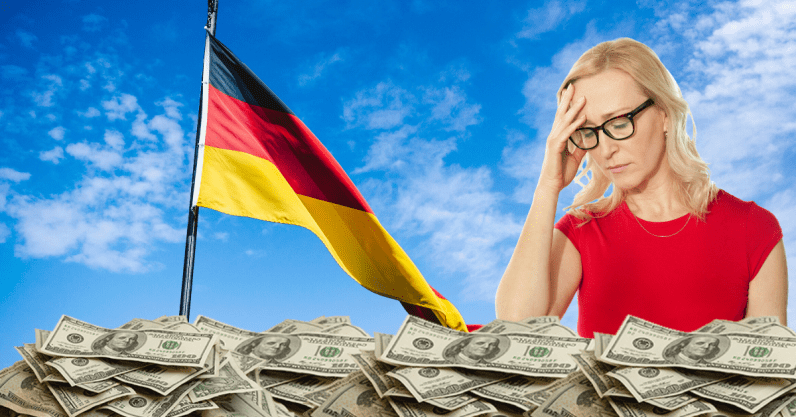 Technology has been blamed for a lot recently. Automation and artificial intelligence have supposedly led to substantial job losses, reduced bargaining power for workers, and increased discrimination. It’s even blamed for growing income and wealth inequality and, as a result, the presidency of , Brexit, the rise of far-right populism in Europe, and the specter of climate change.

In response, calls are being made for global oversight and regulation of technology and there are attempts to slow down its spread through protectionist trade policies and political lobbying.

But perhaps we should be careful about so readily blaming technological innovation for these social problems. In fact, our recent research into the causes of rising income inequality in Germany suggests a lack of innovation and entrepreneurship is actually at the root of the problem.

We shouldn’t be trying to obstruct technological innovation and diffusion. Rather, we should face up to the challenge of bringing back to Western economies the entrepreneurship, innovativeness, and business dynamism that characterized the years after World War II, when growth was also more inclusive.

Germany is a particularly useful case to study. In recent decades, inequality has risen fast, and to unprecedented levels since unification. But unlike in the US, for example, there has been little financialization of the economy and no significant outsourcing of jobs due to globalization. Whereas the US runs a huge trade deficit, Germany runs a large trade surplus. Importantly, evidence shows automation has created more jobs in Germany than it has destroyed. So why is inequality rising so rapidly in the EU’s largest economy?

We argue this is because consumers, investors, and innovators in Germany are effectively “on strike”. Consumption by households, government, and corporations could be much higher in Germany, but they are all saving massively. Public and corporate gross fixed investment spending are dwindling. As a result, the domestic market, which is also aging rapidly, is not as attractive a place for entrepreneurs and corporations to stimulate innovation.

Without enough investment, labour productivity growth has significantly declined over the past three decades, falling from 2.5 percent in 1992 to 0.3 percent in 2013, eight times slower. This has been used to justify a progressive reduction in real wages, union bargaining power and social security benefits to maintain competitiveness. And this is one of the fundamental mechanisms driving German inequality.

This conclusion may seem at odds with common perceptions of Germany as a successful, technology-driven developed economy. Despite falling overall investment, the country certainly appears to be spending massively on stimulating innovation. German spending on research and development has increased by around 50 percent in real terms between 2000 and 2016 and is now approaching an excellent 3 percent of GDP.

The question is: what is all this money buying? Why are productivity and economic growth not accelerating? Put simply, Germany’s innovation is less effective and less likely to be commercialized than in the past. For example, the ratio between the number of patents granted and the number actually applied for has been in long-term decline since the late 1980s. The relative quality of patents as measured by citations has also declined. There are only four German firms among the world’s top 30 innovative corporations in high-tech areas such as 3D-printing, nanotechnology, and robotics.

And while total innovation spending is high, it’s concentrated in larger companies. Most small and medium sized firms in Germany are investing nothing or very little in innovation.

The decline in the impact of innovation also reflects the fact that entrepreneurship has been stagnating in Germany. The Mannheim Enterprise Panel index of start-up activity (a good measure of entrepreneurial dynamics) fell from 120 to 60 between 1990 and 2013, a 50 percent decline. This is partly because existing companies have adopted conservative or defensive strategies to keep out new entrants to the market rather than use innovation to compete with them.

To reduce inequality, Germany needs innovation that will increase labour productivity. The country needs more firms, particularly small and medium ones, to develop and commercialize new technology and adopt a more robust spirit of entrepreneurship.

Achieving this will require critical changes in the innovation system, in particular to stimulate competition, invest more in critical public infrastructure, and improve internet connectivity and speed. Urgent measures are also needed to refocus the country’s vital auto industry away from being locked into out-of-date technologies.

Most importantly however the country needs to adopt measures that will spur on the government, consumers and companies to spend more. This will be good for innovation by creating the demand for new products and services. And one way of funding this would be to more effectively tax big corporations.

Read next: Indian government orders mobile internet to be suspended in the capital, says Airtel