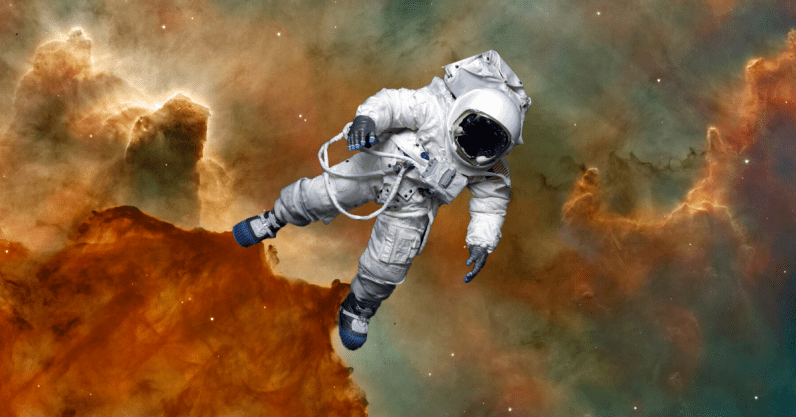 No matter how elegant your theory is, experimental data will have the last word. Observations of the retrograde motion of the planets were fundamental to the Copernican revolution, in which the sun replaced Earth at the centre of the solar system. And the unusual orbit of Mercury provided a spectacular confirmation of the theory of general relativity. In fact, our entire understanding of the universe is built on observed, unexpected anomalies.

Now our new paper, published in Nature Astronomy, has come to a conclusion that may unleash a crisis in cosmology – if confirmed. We show that the shape of the universe may actually be curved rather than flat, as previously thought – with a probability larger than 99 percent. In a curved universe, no matter which direction you travel in, you will end up at the starting point – just like on a sphere. Though the universe has four dimensions, including time.

The result was based on recent measurements of the Cosmic Microwave Background, the light left over from the Big Bang, collected by the Planck Satellite. According to Albert Einstein’s theory of general relativity, mass warps space and time around it. As a result, light rays take an apparent turn around a massive object rather than traveling in a straight line – an effect known as gravitational lensing.

There is much more such lensing in the Planck data than there should be, which means the universe could contain more dark matter – an invisible and unknown substance – than we think. In our study, we showed that a closed universe can provide a physical explanation to this effect, because it is able to host a lot more dark matter than a flat universe. Such a universe is perfectly compatible with general relativity.

Not all cosmologists are convinced by a closed universe though – previous studies have suggested the cosmos is indeed flat. And if a spherical universe is a solution to the lensing anomaly, then we have to deal with several significant consequences. First of all, we have to revise a fundamental cornerstone of cosmology – the theory of cosmological inflation. Inflation describes the first instants after the Big Bang, predicting a period of exponential expansion for the primordial universe.

The theory was developed over the past 40 years to explain why distant parts of the universe look the same and have the same temperature, when they are too far apart to ever have been in contact. Inflation solves the problem because it means that far-flung regions of the universe would once have been connected. But the period of rapid expansion that hurled these regions apart is also thought to have also brought the universe to flatness with exquisite precision.

If the universe is closed, standard inflation is in trouble. And that means we lose our standard explanation for why the universe has the structure it has.

Once we assume that the universe is curved, the Planck data is essentially in disagreement with all other datasets. This all boils down to a real crisis for cosmology, as we say in our paper. For these reasons, cosmologists are cautious – and many of them prefer to attribute the results to a statistical fluke that will resolve when new data from future experiments are available.

Could we be wrong?

It is certainly possible that we turn out to be wrong. But there is one main reason, in our opinion, why this anomaly should not be merely discarded. In particle physics, a discovery should reach an accuracy of at least five “sigmas” to be accepted by the community. Here we are slightly above three sigmas, so we are clearly below this acceptance level. But while the standard model of particle physics is based on known and proven physics, the standard cosmological model is based on unknown physics.

At the moment, the physical evidence for the three pillars of cosmology – dark matter, dark energy (which causes the universe to expand at an accelerated rate) and inflation – comes solely from cosmology. Their existence can explain many astrophysical observations.

But they are not expected either in the standard model of particle physics that governs the universe on the smallest scales or in the theory of general relativity that operates on the large scales. Instead, these substances belong to the area of unknown physics. Nobody has ever seen either dark matter, dark energy or inflation – in the laboratory or elsewhere.

Therefore, the most interesting result of our paper is not that the universe appears to be curved rather than flat, but the fact that it may force us to rearrange the pieces of the cosmic puzzle in a completely different way.

This article is republished from The Conversation by Eleonora Di Valentino, Postdoctoral Researcher of Astrophysics, University of Manchester under a Creative Commons license. Read the original article.

Read next: 8 biggest AI trends of 2020, according to experts