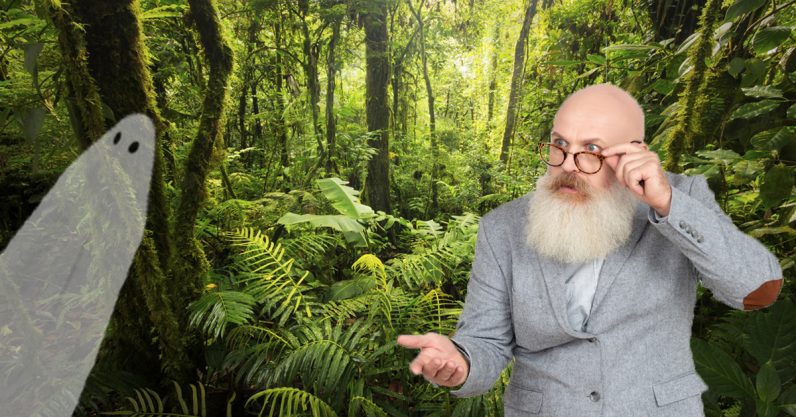 Sometimes, pollution is blatantly obvious: the iridescent slick of an oil spill, goopy algae washing up on a beach or black smoke belching from a smokestack. But, more often than not, pollution is more inconspicuous.

Our air, water, land, and wildlife are tainted with thousands of chemicals that we cannot see, smell or touch. It may not come as a surprise then, that this unnoticed pollution isn’t considered an important threat to wildlife that it should be.

The planet has entered the sixth mass extinction of plants and animals, according to scientists, and Canada is not immune. More than half of Canada’s grassland birds and aerial insectivores have been lost in only 50 years, and between 1970 and 2014, the more than 500 mammal populations monitored in Canada shrank by an average of 43 percent.

But the assessments that evaluate species to determine those that are at risk of extinction are underestimating the importance of pollution. The good news is that my colleagues and I think we have come up with a potential solution to this problem.

So many chemicals, so much pollution

Globally, tens of thousands of chemicals exist in commerce today. The global chemical industry exceeded US$5 trillion in 2017 and is projected to double by 2030. These chemicals are used in all facets of our daily lives, from pharmaceuticals and fertilizers to pesticides and flame retardants.

Here in Canada, about five million tonnes of pollutants are produced each year by more than 7,000 industrial facilities. More than 150 billion liters of sewage are discharged yearly into Canadian waters.

Close to 700 pipeline spills over the past decade have led to the release of natural gas, crude oil, and other substances into the air, soil, and water. More than 23,000 federal contaminated sites — such as abandoned mines, airports and military bases — are known or suspected to be contaminated with petroleum hydrocarbons, heavy metals, and other pollutants.

In a nutshell: The current process

Expert opinion is an essential and invaluable part of the assessment process to list wildlife species at risk for extinction in Canada.

This process relies on scientists to estimate the proportion of a species’ population that may potentially be affected by a pollution source — this is called scope. A small team of scientists with expertise on the species considers scope along with the potential severity of the impact to determine the threat from pollution, along with ten other potential threats.

However, the breadth of expertise of the team assessing a particular species may not necessarily cover all categories of threats, and based on our experience, ecotoxicologists — the scientists who study the fate and effects of environmental contaminants — are often underrepresented on these committees.

My colleagues and I suspected the committees might be underestimating pollution as a threat to species, and so we set out to find out if this was the case — or not.

We began by mapping all the point sources of pollution in Canada we could find from existing, publicly accessible databases. This included household sewage and urban wastewater, industrial and military effluents, agricultural and forestry effluents, among others. We used the same pollution categories as COSEWIC, but we compiled a large database of geospatial information on all known pollution sources.

Next, we secured information on locations of almost 500 terrestrial and freshwater species — including everything from mosses and lichens to birds and mammals — from NatureServe, a nonprofit organization that compiles data on species occurrence across North America.

We put these two sources of information — that is, pollution sources and species occurrence — together onto one map, so we could calculate the percentage of the species’ habitat that was covered by pollution. Then, we compared our calculations to those determined by expert opinion in the COSEWIC process.

First, we found that, on average, more than half of every species’ habitat is polluted in some way. The species that had pollution in most, if not all, of the places they live, include the prothonotary warbler, gypsy cuckoo bumblebee, copper redhorse fish, a freshwater mussel called the round hickory nut and several perennial plants, including the American columbo, green dragon, and phantom orchid.

In other words, scientists scoring threats were not particularly good at identifying sources of pollution that may be having negative effects on the species at risk they are trying to protect. Scientists sometimes identified exposure to pollution as negligible even for species whose entire ranges overlapped with pollution sources. This was especially true for vascular plants and terrestrial mammals.

We haven’t yet assessed whether the type of pollution found within the species’ habitat was a known threat to that species. But that is a logical next step for future research.

Our work represents a major first step toward a more objective and rigorous assessment of the role of pollution in the decline of species-at-risk in Canada — one that we hope will be adopted.

More broadly, it points to the need for a more holistic approach to protecting wildlife species and their habitats.

The Trudeau government has pledged to prevent wildlife species from becoming extinct by securing the necessary actions for their recovery, under its 2020 Biodiversity Goals and Targets for Canada. Yet the high prevalence of pollution we found in the homes of many wildlife species in Canada is a reminder that the government must take a much more proactive approach to the regulation of chemicals in the environment if we are to truly protect Canada’s biodiversity.

This article is republished from The Conversation by Diane Orihel, Assistant Professor, School of Environmental Studies, Queen’s University, Ontario under a Creative Commons license. Read the original article.</p>