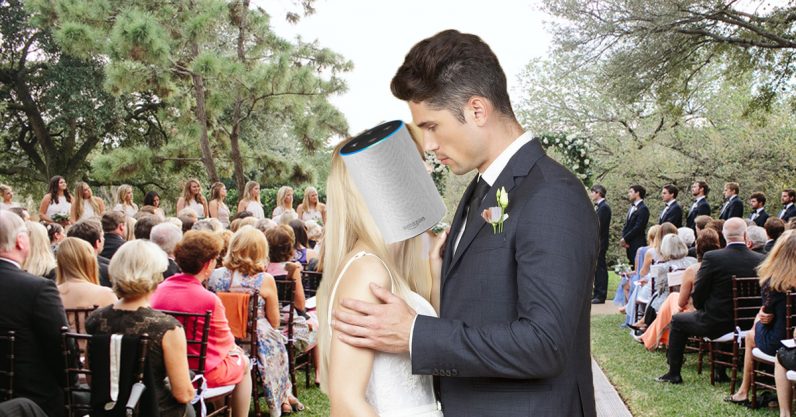 More than 200m homes now have a smart speaker providing voice-controlled access to the internet, according to one global estimate. Add this to the talking virtual assistants installed on many smartphones, not to mention kitchen appliances and cars, and that’s a lot of Alexas and Siris.

Because talking is a fundamental part of being human, it is tempting to think these assistants should be designed to talk and behave like us. While this would give us a relatable way to interact with our devices, replicating genuinely realistic human conversations is incredibly difficult. What’s more, research suggests making a machine sound human may be unnecessary and even dishonest. Instead, we might need to rethink how and why we interact with these assistants and learn to embrace the benefits of them being a machine.

Speech technology designers often talk about the concept of “humanness.” Recent developments in artificial voice development have resulted in these systems’ voices blurring the line between human and machine, sounding increasingly humanlike. There have also been efforts to make the language of these interfaces appear more human.

Perhaps the most famous is Google Duplex, a service that can book appointments over the phone. To add to the human-like nature of the system, Google included utterances like “hmm” and “uh” to its assistant’s speech output – sounds we commonly use to signal we are listening to the conversation or that we intend to start speaking soon. In the case of Google Duplex, these were used with the aim of sounding natural. But why is sounding natural or more human-like so important?

Chasing this goal of making systems sound and behave like us perhaps stems from pop culture inspirations we use to fuel the design of these systems. The idea of talking to machines has fascinated us in literature, television, and film for decades, through characters such as HAL 9000 in 2001: A Space Odyssey or Samantha in Her. These characters portray seamless conversations with machines. In the case of Her, there is even a love story between an operating system and its user. Critically, all these machines sound and respond the way we think humans would.

There are interesting technological challenges in trying to achieve something resembling conversations between us and machines. To this end, Amazon has recently launched the Alexa Prize, looking to “create social-bots that can converse coherently and engagingly with humans on a range of current events and popular topics such as entertainment, sports, politics, technology, and fashion.” The current round of competition asks teams to produce a 20-minute conversation between one of these bots and a human interactor.

These grand challenges, like others across science, clearly advance the state of the art, bringing planned and unplanned benefits. Yet when striving to give machines the ability to truly converse with us like other human beings, we need to think about what our spoken interactions with people are actually for and whether this is the same as the type of conversation we want to have with machines.

Pursuing natural conversations with machines that sound like us can become an unnecessary and burdensome objective. It creates unrealistic expectations of systems that can actually communicate and understand like us. Anyone who has interacted with an Amazon Echo or Google Home knows this is not possible with existing systems.

This matters as people need to have an idea of how to get a system to do things which, because voice-only interfaces have limited buttons and visuals, are guided significantly by what the system says and how it says it. The importance of interface design means humanness itself may not only be questionable but deceptive, especially if used to fool people into thinking they are interacting with another person. Even if their intent may be to create intelligible voices, tech companies need to consider the potential impact on users.

Rather than consistently embracing humanness, we can accept that there may be fundamental limits, both technological and philosophical, to the types of interactions we can and want to have with machines.

It is hard to predict what technology will be like in the future and how social perceptions will change and develop around our devices. Maybe people will be ok with having conversations with machines, becoming friends with robots and seeking their advice.

But we are currently skeptical of this. In our view, it is all to do with context. Not all interactions and interfaces are the same. Some speech technology may be required to establish and foster some form of social or emotional bond, such as in specific healthcare applications. If that is the aim, then it makes sense to have machines converse more appropriately for that purpose – perhaps sounding human so the user gets the right type of expectations.

Yet this is not universally needed. Crucially, this human-likeness should link to what the systems can actually do with the conversation. Making systems that do not have the ability to converse like a human sound human may do far more harm than good.

Read next: [Best of 2019] We finally know where Rick (from Rick and Morty) stands on the Intel vs AMD debate