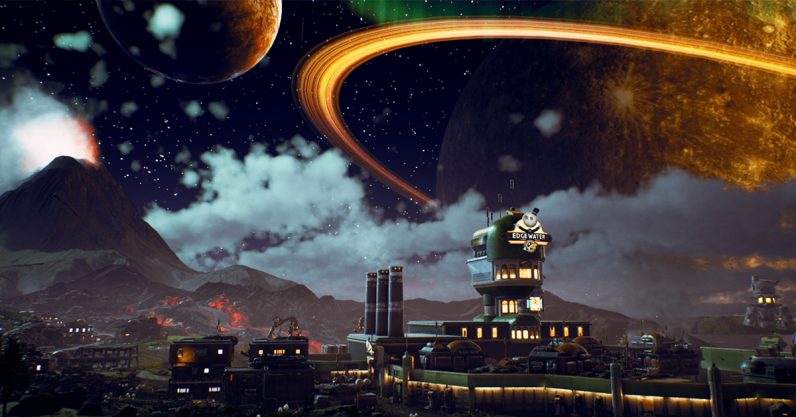 I have been playing a lot of great games lately. Apex Legends and Forza Horizon 4 — along with sprinklings of Damsel, Yooka-Laylee and the Impossible Lair, and Mini Motorways — make up a fairly balanced diet. But in addition to these delights, I’m finding myself knee-deep — again — in Dragon Age: Inquisition. After about a dozen hours (on my third character), I’ve been having plenty of fun (Inquisition is easily one of my favorite games of this generation), but my appetite hasn’t quite been satiated.

It turns out that I’ve been looking for a very specific kind of experience, perhaps without knowing it. My desire to go back to Dragon Age: Inquisition arose in part because I love that game, and in part because I was yearning for a very specific kind of single-player RPG experience; something epic and sprawling, where I could delve deep into a locale and its denizens, uncovering their stories and making decisions that might nudge their lives down one path or another. Although Inquisition perfectly fits the bill, I’ve already played it twice before. And I could go back to one of the Fallout games — but same problem, I know them back-to-front by now.

Enter The Outer Worlds. Obsidian’s latest game is one I’ve been keenly anticipating for a while; so much so that I deliberately avoided reading or watching too much about it before launch. The game launched here in Australia last Friday (25th October), and I’ve had a good go at it over the weekend. I haven’t played nearly enough to actually write a review at this stage, but one thing is clear: The Outer Worlds is exactly what I needed.

I’ve read and watched various reviews, and one common theme across all of them is that they variously attempt to draw comparisons to give you a flavor of the experience. Probably the most accurate comparison I’ve seen is “it’s Mass Effect crossed with Fallout” — although it’s definitely much more Fallout than Mass Effect.

In fact, you know what? I’m just going to say it: this is Fallout in space.

I’m going against my own instincts here: I’m always a fan of judging every game on its own merits. Comparisons can be useful, but they’re often misleading. In this case, though, “Fallout in space” is entirely appropriate — and although it may sound dismissive, lazy, or reductive (it’s certainly not dismissive or reductive…), the shoe really fits. And — best of all — it fits in the best possible way. The Outer Worlds doesn’t feel like some pale attempt to spin-off the Fallout franchise. Rather, it is a timely reminder of just how exceptional Fallout can be — how its unique blend of first-person combat, branching dialogue with engaging characters, and weighty moral choices can reach stratospheric heights in the right hands.

Let’s back-up for a moment and acknowledge why this matters so much: Fallout 4 was great, though controversial (many fans disliked the dramatically simplified dialogue system and the lack of nuance around skills and skill checks). And Fallout 76, well…it’s Fallout 76. To say anything further would be akin to shooting fish in a barrel (suffice it to say, Fallout 76 does not build on Fallout 4 in any sense — and one could argue that this was never Bethesda’s intention anyway, but I digress). I’m not going to wade into the debate around whether Fallout 3 or New Vegas was the superior game (I thoroughly enjoyed both), but it’s clear that at least since New Vegas, the franchise hasn’t quite been able to hit the same high notes.

I think this context is important because although The Outer Worlds is an entirely new franchise, there was never any question that it would be compared to Fallout. And although Obsidian wouldn’t say this, I think this game is definitely an attempt to answer fan calls for “a new Fallout made by Obsidian” — but with The Outer Worlds, Obsidian had the freedom to take the experience in any direction they wanted. As I explore the backstreets of Halcyon’s outposts — brimming with legally-dubious activities and dozens upon dozens of fascinating personalities — I get the strong sense that the team who built this game really love playing these kinds of games. So much of The Outer Worlds feels like a throwback to a glorious golden age in first-person RPGs, but the team has somehow managed to achieve this without crafting an experience that itself feels derivative, vacuous, or pandering.

Right from the beginning, The Outer Worlds confidently bursts out of the gate with vivid color, a wicked sense of humor, and a wonderfully rich nuance that speaks to the wisdom of its creators. As you might expect, The Outer World’s narrative is the jewel in its proverbial crown; and like Fallout: New Vegas, you’ll encounter a great many folks who find themselves on either side of various divides — some operate with clear factional allegiances, while others whose motivations aren’t as clear cut. Then there are the people who are simply trying to eke out a living — with some semblance of self-determination — against the backdrop of Halcyon’s unforgiving corporatocracy.

As you navigate this world, you’ll be making decisions every step of the way — some apparently trivial, others earth-shattering — with many occupying the wide spectrum between those two extremes. Of course, making decisions in a video game always carries the risk that it will simply feel like a game mechanic, that players won’t feel invested in those choices. The Outer Worlds deftly avoids this problem through the masterful application of two key techniques. On the one hand, even the smallest decisions carry weight because they occur within a broader, well-realized context. You’ll get to know the characters in Halcyon primarily through dialogue, and thankfully, the dialogue trees here are beautifully-crafted — your conversations with almost all characters can branch off in many directions. Even the order in which you provide certain responses may impact another person’s thoughts and behavior. Much to my delight, I’ve come across several characters who I’ve found can actually be convinced to change their mind through the very careful application of effective arguments — in this case, effective arguments are those where you’re actually listening to a character and responding in a way that speaks to their motivations. Don’t be too eager, either; sometimes you’ll need to carefully draw out conversations in seemingly indirect ways in order to encourage a character to do the thing you want them to do.

The other technique Obsidian use is devilish-but-wonderful: you’re regularly presented with binary choices mapped onto highly nuanced circumstances. Early in the game, you’ll be faced with your first major consequential decision. I won’t spoil it, but it relates to directing resources to one place or another; resources that both locales rely on for survival. If you rush straight to this objective, the full weight of the decision may not be apparent. But if you’ve taken your time, completed some side-quests, and added your first companions, the scenario takes on a whole new meaning. In this latter scenario, you’ll feel genuine anguish over the choice. To make matters worse (or better as a player, I guess), even your companions will weigh in with their views — and of course, they may not always agree, depending on their own unique backgrounds and perspectives. What’s even better, though, is that once you’ve made the decision you aren’t entirely stuck with some snowballing sequence of events — even in the aftermath, you can continue to guide and nudge events in various directions. It’s possible, in fact, to make a major decision you wholly regret…and then take steps to mitigate (if not entirely reverse) said decision.

It’s notable, I think, that I’ve said all of this without once discussing the non-narrative gameplay mechanics. There’s a lot to say about combat (which I quite like, although it’s not without its shortcomings) and some other things (like the disconnected biomes — I mean, it’s okay, but I feel like this game could really benefit from a more genuine open-world experience). But no matter how much you enjoy or don’t enjoy the combat, it’s definitely true that this aspect takes a backseat to the core narrative itself. The characters, and your interactions with them, are at the heart of The Outer Worlds. And Obsidian absolutely nails this aspect of the experience.

As I said earlier, I haven’t yet played enough of The Outer Worlds to write a full review. What I’ve experienced so far, though, has felt deeply satisfying — on the one hand, wholly familiar in a way that is wonderfully comfortable, on the other, alien and new in a way that tantalizingly beckons my inner explorer. The appetite I had for that very specific kind of character-driven RPG experience has finally been satiated. Thanks, Obsidian.