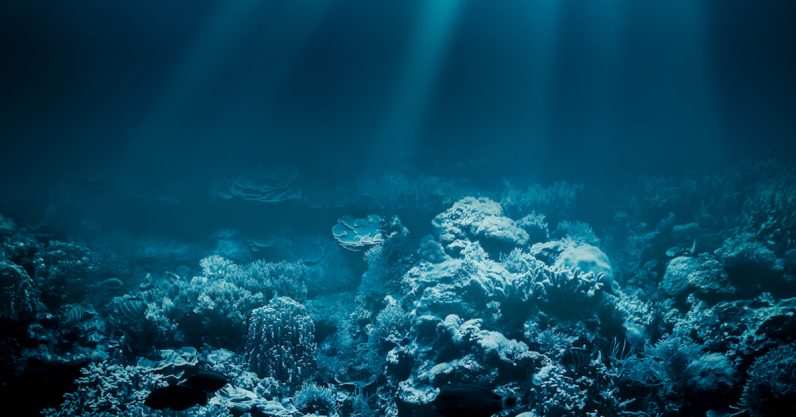 Where did life come from? In recent years, many scientists have shifted from favoring a “primordial soup” in pools of water to hydrothermal vents deep in the ocean as the original source of life on Earth. But one of the biggest problems with this idea is that researchers have been unable to recreate in the lab one of the key processes that would have been involved if this theory was true.

Specifically, they haven’t been able to form simple cell membranes in seawater-like conditions, which most agree would have been required to create the first living organisms. But my colleagues and I have recently shown, in a paper in Nature Ecology and Evolution, that the combination of molecules scientists have used to recreate these membranes doesn’t reflect the components that would have been available at the time. In fact, we found that, with the right ingredients, ocean vent conditions are actually necessary to form some cell membranes.

Imagine the Earth 4.5 billion years ago. The period of geological history we call the Hadean was not as hellish as we once believed. It was not a sea of lava fuelled by countless volcanoes, although they certainly existed. It was probably more like small areas of rocky surface surrounded by a substantial global water ocean.

But it was not the ocean we know today. It was warmer, more acidic and rich in iron. The atmosphere was mostly nitrogen, carbon dioxide, and no oxygen. There was also no life. Yet deep down at the bottom of the ocean, something was beginning to happen.

Hot chemicals rising through the seafloor enabled a chemical reaction between hydrogen and carbon dioxide, producing simple organic compounds. These organic molecules reacted to form increasingly more complex compounds. These became encapsulated in simple cell membranes and grew further in complexity, producing molecules that could carry information and eventually DNA. These were the first living cells that could grow, divide and evolve.

At least that may be how life on Earth began. There are still many different theories of how and where life started, including those proposing hydrothermal ponds, ice sheets or even outer space. To try to understand which of these settings is the most plausible, scientists take the different components essential for life and see if we can find a way to reproduce them in different conditions in the lab.

We are not trying to create life, merely the different bits and pieces it requires. Not everyone can agree on what life actually is, but one thing that many scientists in this field agree on is that the first living organism would have had a cell membrane.

Cell membranes are mostly made up of phospholipids, which are composed of simple molecules including fatty acids, isoprenoids, and sugars. Phospholipids are only produced by living organisms. But fatty acids can be formed in the environment through reactions between rocks and water, and isoprenoids or similar molecules may also be produced this way.

These simple molecules form membrane structures called vesicles, which are cell-like in that they form a double-layer membrane surrounding a space full of water. It turns out vesicles can perform many of the same functions as cell membranes. This has led origin-of-life researchers to investigate the possibility that vesicles may have been the first cell membranes, earning them the title of “protocells.”

A lot of experiments have been performed on protocells to see if they can withstand the environmental conditions necessary for the first living cells. For example, they form readily in water, can encapsulate other organic molecules, and the DNA-like molecule RNA can be made inside them. One big problem is that these protocells do not like salt. In fact, they hate it.

Researchers have shown protocells just will not form in the presence of the concentrations of sodium chloride, magnesium, and calcium found in seawater. This has led some to claim that life couldn’t possibly have started in the ocean.

But my colleagues and I noticed something about all of this previous research. The artificial protocells were made from between one and three types of molecule, even though experiments have shown there would be many more molecules available in the primordial ocean.

When we used a combination of 14 molecules, we found we could form protocells that could encapsulate organic molecules, even in mixtures of sodium chloride, magnesium, and calcium at seawater concentrations. The solutions had to be around 70°C and alkaline, around pH 12.

Our work shows not only that these protocells can form in the conditions created by hydrothermal vents, but that they actually need these conditions to survive. This doesn’t prove life started in the vents, but it does renew the possibility that it did. It’s also relevant to the search for life on other planets. It is possible that alkaline hydrothermal vents exist at the bottom of the oceans on the icy moons of Jupiter and Saturn.

However, the problem of the origin of life is not solved yet, with ongoing promising research from several different theories. It is a very exciting time for the field and we are slowly getting closer to the answer to one of life’s most fundamental questions. We have shown that membranes can form where it was previously thought impossible. Who knows what will be proven possible in the future? As evidence builds for each of these theories, eventually it will become clear which environment was the most likely site of the origin of life.

This article is republished from The Conversation by Sean Jordan, Postdoctoral Research Associate, UCL under a Creative Commons license. Read the original article.

Read next: Apple launches the 16-inch MacBook Pro and, yes, it has a 'new' keyboard