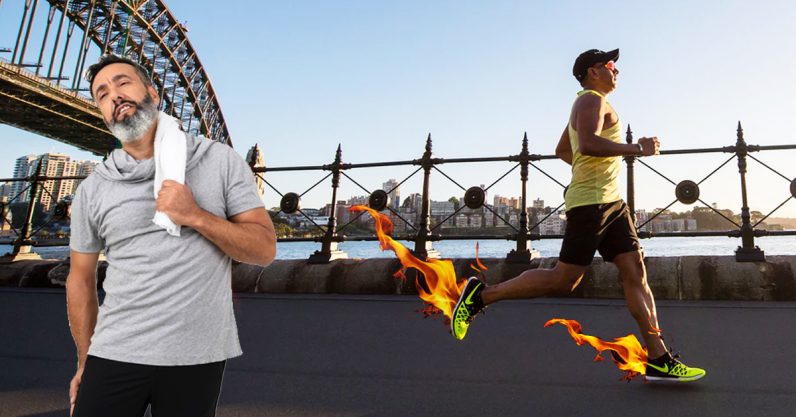 When the Kenyan runner Eliud Kipchoge became the first human to run a marathon in under two hours as part of the recent INEOS 1:59 Project Challenge, this was arguably one of the most significant achievements of athleticism since Sir Roger Bannister broke the four-minute mile in 1954. But almost immediately afterward there was controversy, not toward the runner or the unofficial nature of his run (his record has no official status), but over his running shoes.

The trainers in question were the AlphaFLY running shoes designed and manufactured by Nike. They are built around a carefully considered sole design that absorbs the energy of each foot strike and then helps store, channel, and returns it as the athlete runs. Its various patented innovations include the types of polymers used and how they and air pockets are located to absorb and return energy, coupled with a carbon plate built into the midsole. The question is, can a running shoe really be the key to sporting success? Or is it just an easy target for others’ misplaced jealousy?

A study published back in 2005 predicted the probable limits of the men’s marathon record. Yet since then, the maximum projections in that study have already been exceeded by around two minutes, and nearly by four if you include Kipchoge’s time.

On that basis, it seems fair to suggest that the shoes are at least partly responsible for such large and unexpected performance improvements. The International Association of Athletics Federations, the governing body, has established a group to study Nike’s running shoes and report back with an adjudication.

A more recent study examining shoe technology supports this concern, suggesting that a predecessor to the Alphafly shoe design had been shown to improve running economy significantly. In fact, compared directly to other elite-level trainers in the same study, the performance gain was in the range of 2.6 percent to 4.2 percent. At the razor-thin margins of elite sport, that sort of benefit is the equivalent of bringing a gun to a knife fight.

Seeking an edge through technology

To be sure, as far as debating technological assistance in sport goes, we’ve been here plenty of times before. The Australian sprinter Cathy Freeman wore a one-piece aerodynamic suit in the 400 meters at the Sydney 2000 Olympics. In 2008, the very nature of disability itself was challenged when South African Oscar Pistorius attempted to run in both the Paralympic and Olympic Games the same year while using a pair of composite prosthetic legs. These, like Kipchoge’s shoes, also raised concerns about the nature of and extent to which technology contributes toward helping us perform at our very best. In a systemic review published in 2015, I found the impact of technology in sport as having brought a huge source of positive interest, but, on occasion, being hugely damaging.

The British Olympic team recently unveiled its new track cycling bicycle, dubbed HB.T, upon which athletes will be competing at the 2020 Olympic and Paralympic Games. This machine (a project undertaken between British Cycling and manufacturers Hope and Lotus Engineering) pushes the rules to their absolute limits and demonstrates the flair that Lotus themselves applied back in 1992 when they designed Chris Boardman’s gold medal-winning Lotus bicycle. But this design was itself later banned from competition due to its perceived unfairness.

The new Team GB bicycle is resplendent with an unusual fork configuration and bowed, thin frame members that virtually disappear from view when you look at it head-on. Engineers will be keen to know the measured advantages. But I’m wondering whether the real effects of the bike are in the psychological blow to its opposition as it is wheeled out for the first time – at a point probably and quite intentionally too late for competing cycling teams’ to respond to in time for Tokyo.

The general criticism behind such new technology is not just about how effective it may or may not be but also about its perceived fairness. Such arguments typically debate issues surrounding equal access to technology, the ability to ensure any new technology is safe, that it is not fundamentally an unfair advantage, and that it doesn’t ultimately change the nature of the sport entirely.

Some sports governing bodies attempt to remove or marginalize the impact of technology. Cycling has tried several times to do so. However, even the relative simplicity of a sport such as running was changed forever when Kipchoge used a huge team of around 40 pace-setters in an aerodynamic formation and those shoes.

Technological progress can be slowed, but it can’t easily be halted – and arguably shouldn’t be. So there will be much more debate on the effects of technology ahead of the Tokyo 2020 Games as more athletes, teams and manufacturers all compete for the most prized medals in competitive sport.

This article is republished from The Conversation by Bryce Dyer, Principal Academic, Bournemouth University under a Creative Commons license. Read the original article.

Read next: Caribbean seagrass is littered with infected lobsters — but the habitat may save the species