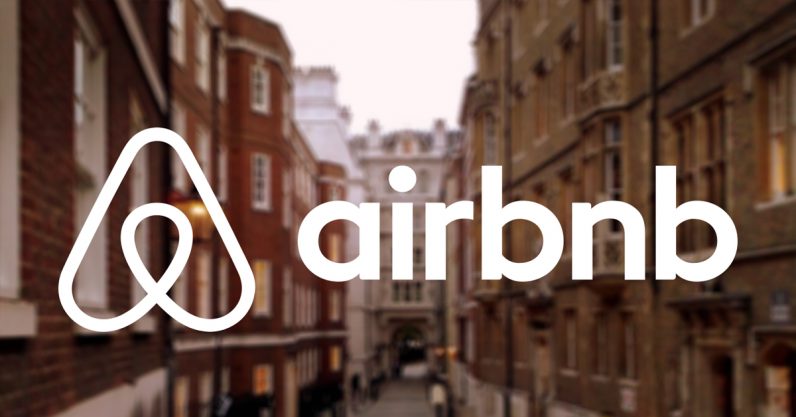 Researchers estimate that there are 1.1m victims of human trafficking across Europe. According to the UN, almost one-third of human trafficking victims globally are children. Cases of forced criminality, prostitution, and labor are a major issue for the hospitality industry, as it’s thought that more than 93,000 sex slaves and 4,500 labor slaves are exploited in European hotels each year.

Hotels, motels, hostels, and bed and breakfasts have long coordinated with organizations including the UNWTO World Tourism Network on Child Protection, Every Child Protected Against Trafficking (ECPAT) and the International Tourism Partnership (ITP) to address modern slavery and human trafficking. Organizations in the hospitality industry are running awareness campaigns, building toolkits, displaying signs and training staff on what to look for and how to respond – as well as coordinating with law enforcement and anti-trafficking organizations.

Yet reports of gang-related drug dealing and “pop-up brothels” in accommodation rented online have added a new dimension to these issues. Sharing economy platform Airbnb now has 7m listings in more than 100,000 cities, making it larger than the eight biggest hotel groups combined. As the company readies for its initial public offering (IPO) in 2020, the legal grey areas in which its hosts operate are escalating concerns about transparency and accountability – especially in relation to human trafficking and modern slavery.

Airbnb’s position is that it has “no control over the conduct of hosts and disclaims all liability.” Hosts bear responsibility for abiding by the laws in their own countries, and by the standards set out by the company itself. But my own research into Airbnb has found that, in practice, the question of responsibility goes far beyond who is legally liable.

According to Airbnb, hosts are responsible for meeting legal requirements in their countries – such as collecting tax or installing fire or carbon monoxide monitors and adhering to anti-discrimination laws. In practice, this means discrimination is permitted if regulations allow, are absent or do not apply to smaller owner-occupied buildings. Indeed, Airbnb in the US is immune to discrimination lawsuits due to its terms of use.

What’s more, some self-identified hosts on host forums appear confused regarding their obligation to adhere to – or their rights to ignore – compliance issues such as tax collection, guest accessibility and age discrimination, given that most are not licensed accommodation providers.

Local, regional, and national authorities often lack the will or the resources to fight or enforce existing regulations or innovate new laws to catch up with the latest developments.

On Airbnb, it only takes a few clicks to make a booking, and the use of key lockboxes, smart locks and keypads has reduced the need for face-to-face interactions between hosts and guests. Airbnb’s former global head of trust and risk management, Nick Shapiro, explained that the company applies risk analysis by trawling through photos on the platform, to check for signs of exploitation. But it remains unclear how guests not on regulatory, terrorist or sanctions watch lists can be identified as risky, or at risk.

Background screening and risk analysis are only carried out in the US and, in general, Airbnb hosts receive no education on how to spot exploitation and trafficking. Indeed, on independent forums, hosts display a variable degree of understanding regarding their responsibilities – and Airbnb’s – in relation to modern slavery and human trafficking.

In 2019, Airbnb joined a World Travel & Tourism Council task force on trafficking. Yet by and large, Airbnb does not coordinate with bodies such as ECPAT, join global campaigns or raise awareness among hosts or guests. There are calls for Airbnb to ensure that hosts around the world undertake training to recognize signs of children at risk and report incidents to police.

Hiring practices within the Airbnb ecosystem can also result in exploitation. For example, property management companies often hire women of color and migrant women to clean houses. Often, these women are vulnerable, earn a low income and lack labor rights – they tend not to be unionized, as trade unions are unwilling to support a model which can increase the overall cost of rents and eats into the number of full-time hospitality jobs.

While many businesses across the hospitality industry have made reforms and been involved in campaigns to identify practices that lead to exploitation, no official Airbnb global program currently exists across all the countries it operates in.

The European Union has already demonstrated that it can push Airbnb for change in relation to consumer protections. And the company has shown that it can exercise control over hosts to meet regulations, by making bilateral agreements with tourism authorities to collect various taxes.

Meanwhile, other companies in the sharing economy are raising the bar: ride-sharing platforms Uber and Lyft recently announced that they would teach drivers how to spot traffickers and their victims in some regions. So there is clearly scope for action on the issues of trafficking, exploitation, slavery, and discrimination, by platforms such as these.

The lead up to Airbnb’s IPO provides an opportunity to pressure-test the company’s resolve to increase its transparency and accountability throughout the 191 countries it operates in. Measures could include releasing registers of hosts to authorities, increasing transparency through annual reporting, signing the code of conduct for the Protection of Children from Sexual Exploitation in Travel and Tourism and adding pictures of Airbnb properties to databases that help police track down traffickers.

It’s time for Airbnb to follow the hospitality sector, and take a more proactive stance against modern slavery and human trafficking.

This article is republished from The Conversation by Michael O’Regan, Senior Lecturer in Events and Leisure, Bournemouth University under a Creative Commons license. Read the original article.

Read next: Why the future of fintech is ‘networked learning’