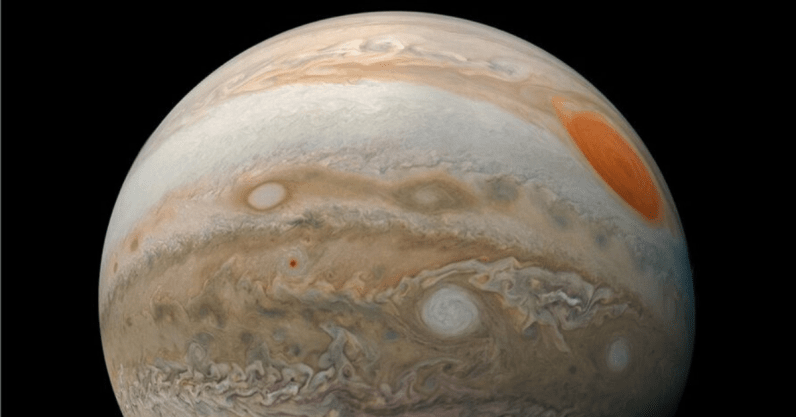 It’s brilliant news. In just over a decade, there will be two spacecraft exploring one of the most habitable worlds in the solar system – Jupiter’s moon Europa. That’s thanks to a recent announcement by NASA that the orbiter Europa Clipper has been given the go ahead, scheduled to reach the moon at the beginning of the 2030s.

In April this year, the European Space Agency also approved development of the Jupiter Icy Moons Explorer (JUICE), which is currently slated to reach the Jupiter system in 2029.

At the dawn of the space age, it was imagined that all life was ultimately dependent on energy from the sun. The frozen ice ball moons of the outer planets seemed unlikely abodes for any kind of life. Discoveries of thriving ecosystems at the bottom the oceans of Earth, relying on hydrothermal vents for both energy and molecular fuel, changed all that. Now we know that life can thrive in environments that are completely isolated from the sun.

Europa is thought to be able to harbour simple, microbial life in its liquid, internal ocean beneath its icy surface. That is because it has each of three essential prerequisites for life in abundance: a source of biochemically useful molecules, a source of energy and a liquid solvent (water) in which dissolved substances can chemically react with each other.

Europa’s energy comes from a combination of its slightly elliptical orbit about Jupiter and its gravitational interaction with two other moons. This combination of forces subject Europa to a tidal variation in gravity with each orbit, causing it to flex and release heat, which prevents the water from freezing.

Europa’s biochemically useful molecules may come from impacts by comets or from deep within the moon’s rocky core.

Both Europa Clipper and JUICE will carry special radar instruments to probe beneath Europa’s surface ice. This is not a new technique, radar has been used since the 1970s to find sub-glacial lakes in Antarctica and, more recently, on Mars.

As it happens, Europa may offer an even more suitable environment in which to try this out because the colder ice gets, the more transparent it becomes to radar. Being so far from the sun, typical daytime surface temperatures at Europa are -170°C. The goal at Europa is to establish the depth at which the ice sheet gives way to a global ocean of liquid water. Current models predicts that is at a depth of 15-25km.

However, liquid water may also be found much closer to the surface, which would be easier to get to. Evidence from Hubble Space Telescope images appear to show plumes of liquid water erupting from the southern hemisphere. Production of these plumes might function something like a volcano, with liquid water welling up from the ocean below.

Water, under sufficient pressure, will force its way through fractures and voids inside the ice, eventually reaching the surface to erupt as geysers. During this process, any liquid water that doesn’t quite make it to the surface may nonetheless fill voids and cracks within the ice, forming something very similar to the sub-glacial lakes of Mars and Antarctica.

The missions should be able to find these features if they exist. All of this contributes to one of the ultimate goals of these missions, which is to scout out the best location for a future lander which could one day drill through the ice and reach the enigmatic ocean realm beneath.

Spacecraft traveling near the surface of a planet or moon can use slight changes in rocket speed to detect subtle variations in the gravitational field of that object. Such “gravitational anomalies” are caused by changes in the density of material under the planetary surface as the spacecraft flies overhead.

For example, denser rock that one might find in a mountain range can cause the spacecraft to experience a measurable extra gravitational tug. Detection of gravitational anomalies on Earth has been used for many years to identify subterranean structures such as oil fields, metal deposits and the famous dinosaur-destroying impact crater at Chixculub in Mexico.

JUICE and Europa Clipper will also be able to detect gravitational anomalies and potentially allow scientists to find interesting features at the bottom of the ocean. A smooth ocean floor with small gravitational anomalies would actually be a boon to the prospects of life, as it would imply more heat flow from the moon’s interior.

Getting through the ice

But to ultimately find life on Europa, we have to get beneath the ice by one day putting a lander on the surface, potentially carrying a submarine. Even if Europa Clipper and JUICE do identify where the ice is thinnest, this will be challenging.

Europa is close to Jupiter, meaning that spacecraft need lots of fuel to change their velocity enough that they can get out of the planet’s massive gravity field and enter into orbit about the moon. JUICE, in fact, will become the first spacecraft to perform this manoeuvre at Ganymede, one of Jupiter’s other moons, and it will use 3,000 kg of fuel to do it on the same journey.

There are also huge amounts of harmful radiation at Jupiter, which can damage spacecraft in the long run. Europa Clipper will therefore stay in long looping orbits about Jupiter, repeatedly taking it out of the radiation field. It will study Europa by instead performing flybys of the moon.

The lack of substantial atmosphere at Europa poses another problem. It means we can’t slow a lander with heat shields and parachutes. Everything must be done with rockets, requiring yet more fuel. The lack of atmosphere also offers little protection from radiation while the lander is on the surface.

Even if a spacecraft survives a landing, there is the matter of the ice itself. Using a mechanical drill to bore through many miles of super-cold ice, which is as hard as granite, is unlikely. Instead more exotic means of getting through are being considered, such as using lasers or heat from a nuclear reactor to melt through the ice.

Another consideration is that Europa, currently, is a pristine environment. That means these complex tasks must be done without inadvertently contaminating the ocean with pollutants from the spacecraft, or any terrestrial microbes which may have hitched a ride.

But one way or another, we will get there. The final challenge might then be ensuring that the spacecraft or submarine, having finally reached the ocean, doesn’t get eaten by something swimming around in the deep.

This article is republished from The Conversation by Gareth Dorrian, Post Doctoral Research Fellow in Space Science, University of Birmingham under a Creative Commons license. Read the original article.