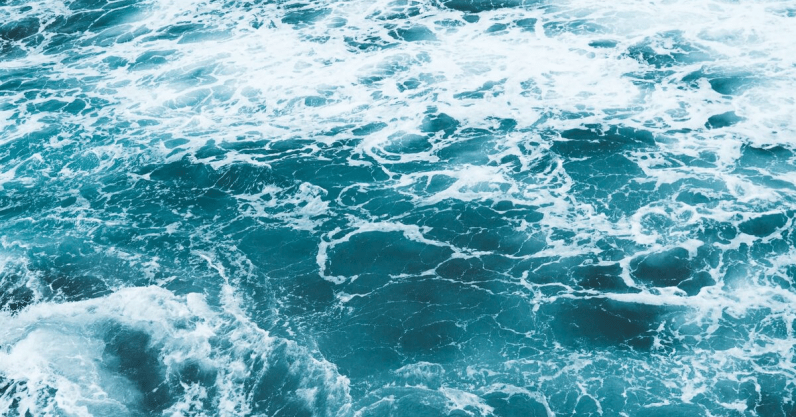 Around 66 million years ago, a giant asteroid struck the Earth, causing the extinction of the dinosaurs, ammonites, and many other species.

The asteroid was equally devastating at a microscopic level, driving ocean plankton to near-extinction. This crippled the base of the marine food chain and shut down important ocean functions, such as the absorption and delivery of carbon dioxide from the atmosphere to the ocean floor.

Given the real threat of a sixth mass extinction event brought about by human-caused climate breakdown and habitat disruption, we wanted to find out how long the ocean ecosystem took to reboot after the last one. What we found has grave implications for the long-term outlook of marine ecosystems should we tip the critical base of its food chain over the threshold of extinction.

The nannoplankton almost totally wiped out 66 million years ago – also known as coccolithophores – are now widespread once more in the sunlit upper oceans. Although roughly 100 times smaller than a grain of sand, they are so abundant that they are visible from space as swirling blooms in the ocean surface.

When these microscopic plankton die, they leave behind exquisite armored exoskeletons known as coccospheres made from the mineral calcite, composed of bonded calcium and carbon. Along with the dead plankton cells, these skeletons slowly fall to the ocean floor, forming a muddy calcium and carbon-rich sediment. As this sediment compacts, it forms chalk and limestone, leaving us with iconic landscapes such as white chalk cliffs – the shallow sea floor of a forgotten age, since lifted up by tectonic activity.

Conserved within this compacted sediment is a continuous fossil record stretching back 220m years. It is this fossil record – the most abundant on the planet – that can tell us how ecosystems responded to the extinction of nannoplankton. Changes in the diversity and abundance of the plankton that once lived in the ocean above reflect the environmental changes that played out in the millennia after the giant asteroid hit.

We extracted a continuous core of deep-sea sediment from the Pacific Ocean. For the first 13m years after the mass extinction event, we took a sample of the fossil record at intervals of 13,000 years. We measured fossil abundance, diversity and cell sizes from over 700,000 specimens, producing probably the largest fossil dataset ever produced from a single site.

These fossil data revealed that the plant-like, photosynthetic plankton bounced back almost immediately – probably within a few thousand years after the mass extinction. However, the earliest communities were highly unstable and made up of just a handful of species with unusually small cell sizes, as the figure above shows.

While the calcite skeletons of larger plankton cells can sink to the sea floor, the skeletons of these smaller organisms descend much less often, instead getting “recycled” in the upper ocean by hungry plankton. Communities with larger cell sizes were not reestablished until two million years later, restoring their critical transfer of carbon to the ocean floor to pre-extinction levels.

By this time, the number of different plankton species had also increased. This genetic diversity allowed them to expand into a greater range of ocean habitats, providing greater resilience to environmental change, and a secure foundation at the base of the ocean food web.

This stability then supported expansion in the abundance and diversity of larger plankton, fish, mammals, and birds dependent on these food sources. But although stable and resilient ecosystems had returned by two million years after the mass extinction, it took a further eight million years for species numbers to fully recover to their previous levels.

Today’s marine ecosystems are still just as dependent on the plankton at their base as they were in the past. Studies show that populations of modern-day plankton have already declined by as much as 40 percent, and that 70 percent of species are migrating towards the poles. We still don’t fully understand how plankton species might finally be driven to extinction, but the fossil record shows us that extinction is strongly shaped by climate change.

If we carry on emitting carbon and interfering with marine ecosystems, we run the risk of losing one of its critical carbon-storing and food-providing players. Research shows that that could take nature millions of years to reverse.

This article is republished from The Conversation by Paul Bown, Professor of Micropalaeontology, UCL; Samantha Gibbs, Lecturer, National Oceanography Centre, University of Southampton, and Sarah Alvarez, Lecturer in Life and Earth Sciences, University of Gibraltar under a Creative Commons license. Read the original article.

Read next: Ghost Recon Breakpoint is an underwhelming take on the Ubisoft formula