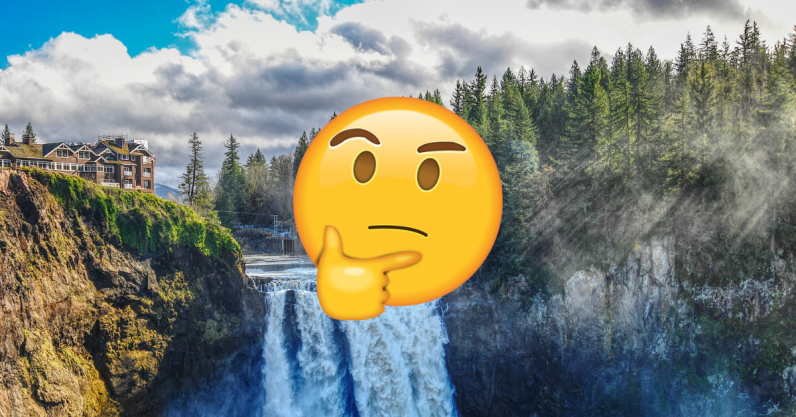 Humans are fascinated by visual illusions, which occur when there is a mismatch between the pattern of light that falls on the retina, and what we perceive. Before books, films, and the internet allowed illusions to be shared widely, people were captivated by illusions in nature. Indeed, it is here that the long history of the study of illusions begins. Both Aristotle and Lucretius described motion illusions following observation of flowing water.

Aristotle observed pebbles beneath flowing water for some time, and noticed that afterwards pebbles beside the water appeared to be in motion. Lucretius, meanwhile, looked at the stationary leg of his horse when in the middle of a fast flowing river and noted that it seemed to be moving in the opposite direction to the flow. This is called induced motion and it has long been observed when clouds pass the moon – the moon can seem to move in the opposite direction.

But a more compelling account of such illusions was first provided by Robert Addams, a traveling natural philosophy lecturer, in 1834 following his observation of the Falls of Foyers in Scotland. After watching the waterfall for a while, he observed that the adjacent rocks appeared to move upwards:

Having steadfastly looked for a few seconds at a particular part of the cascade, admiring the confluence and decussation of the currents forming the liquid drapery of waters, and then suddenly directed my eyes to the left, to observe the vertical face of the sombre age worn rocks immediately contiguous to the water fall, I saw the rocky face as if in motion upwards, and with an apparent velocity equal to that of the descending water, which the moment before had prepared my eyes to behold this singular deception.

This description of the phenomenon helped stimulate a torrent of research, with the effect becoming known as the “waterfall illusion”. Basically, after looking at something moving in one direction for a while, something that is still will appear to move in the opposite direction.

Addams did not need a theory to know that this was an illusion: the rocks looked stationary before looking at the waterfall but appeared to move upwards after having stared at the waterfall. All that was required was a belief that objects remain the same over time, but that the perception of them could change. This illusory movement – one that we see in a still pattern following observation of motion – is known as the motion aftereffect.

Later descriptions of the motion aftereffect were based on moving images like rotating spirals or sectored discs that can be stopped after motion. Once stopped, such shapes appear to move in the opposite direction.

Addams did provide a possible basis for the illusion. He argued that the apparent motion of the rocks was a consequence of unconscious pursuit eye movements when viewing descending water. That is, although he thought he was keeping his eyes still, he argued that, in fact, they were moving involuntarily in the direction of the descending water and then rapidly returning.

But this interpretation was completely wrong. Eye movements cannot explain this aftereffect because they would result in the whole scene appearing to move, not an isolated part of it. This was pointed out in 1875 by the physicist Ernst Mach, who showed that motion aftereffects in opposite directions can be seen at the same time but the eyes cannot move in opposite directions simultaneously.

The brain and motion illusions

So what is going on in the brain in the case of this illusion? This is fascinating to visual scientists because motion aftereffect illusions tap into an essential aspect of processing in the brain – how neurons respond to motion.

Many cells in our visual cortex are activated by movement in one particular direction. Explanations of these illusions are related to differences in the activity of these “motion detectors”.

Say we then look at stationary rocks. The activity of the “up” detectors will now be relatively high compared to the adapted “down” detectors, and we therefore perceive upward motion. (This is the simple explanation – in fact, it’s all a bit more complicated than this.)

Observing the waterfall illusion, we can notice another interesting effect – things can appear to move without seeming to change in position. For example, in the video of the waterfall illusion, the water seems to be surging upwards but it does not get any closer to the top. This suggests that movement and position might be processed independently in the brain. In fact, rare brain injuries can prevent people from seeing movement, while still perceiving changes in position. We call this condition akinetopsia. One such patient, for example, described that flowing water looked like a glacier.

Humans have always been intrigued by illusions, but it’s only within the last century that they have been able to teach us about the workings of the brain. With many ongoing advances in neuroscience, we still stand to learn much about awareness and cognition by studying these perceptual mismatches.

This article is republished from The Conversation by Niia Nikolova, Research Associate, University of Strathclyde and Nick Wade, Emeritus Professor, University of Dundee under a Creative Commons license. Read the original article.

Read next: Luminar 3 brings AI to photo editing, and it's nearly half-off today.