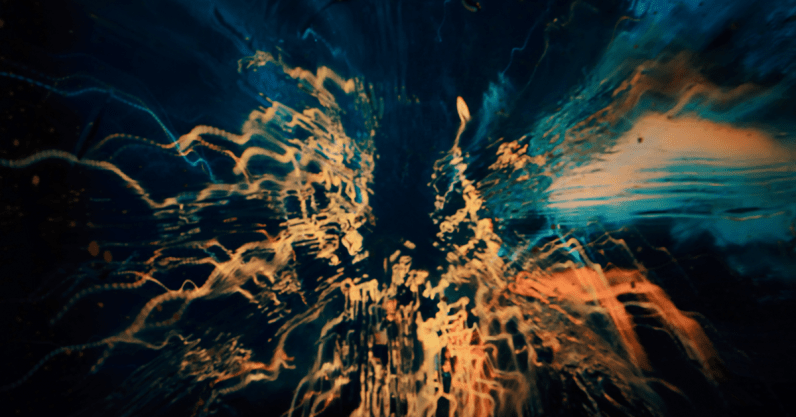 Spintronics might not be the sort of word that comes up in everyday discussions, but it has been revolutionising computer technology for years. It’s the branch of physics that involves manipulating the spin of a flow of electrons, which first reached consumers in the late 1990s in the form of magnetic computer hard drives with several hundreds of times the storage capacity of their predecessors.

These and other electronic devices have since been refined to make computers many times more powerful again, not to mention much cooler and more energy efficient – enabling everything from MP3 players to the smartphones of today. Intel and Google began unveiling quantum processors last year, and Samsung and Everspin launched MRAM (magnetic random access memory) chips a few months ago. This new technology is expected to substantially improve computing performance – by one estimate, for example, the potential reduction in power requirements could be over 99%.

Even so, all these advances have been laboring under a major limitation: the spin manipulation is confined to a single ultra-thin layer of magnetic material. Tens of these layers are typically stacked in a “sandwiched” structure, which interact through complex interfaces and interconnects, but their functionality is fundamentally 2D in nature.

Industry leaders like Stuart Parkin, who created IBM’s original spintronics-driven computer hard drive, the Deskstar 16GP Titan, have been saying for years that one of the biggest challenges in magnetic computing is to shift to a much more flexible and capable 3D version.

This would see information transmitted, stored and processed across any point of the three-dimensional stack of magnetic layers. Recent pioneering advances are starting to bring this paradigm shift closer, but we still face great challenges to reach the same degree of control as we have in two dimensions.

In a new paper led by the universities of Glasgow and Cambridge, in collaboration with researchers at the University of Hamburg, the Technical University of Eindhoven and the Aalto University School of Science, we have taken a significant step towards achieving that goal.

Traditional electronics is based on the fact that electrons have electrical charges. In a basic computer, chips and other units transmit information by sending and receiving tiny electrical pulses. They register a “one” for a pulse and a “zero” for no pulse, and by counting these over millions of repetitions, it becomes the basis of a language of instructions.

Traditional magnetic hard drives rely on properties associated to electrical charges too, but they work on a different principle, with very tiny regions of a flat magnetic disk recording zeroes and ones via its two possible magnetic orientations. Magnetic drives have the great benefit that data is still there even when the power is switched off, though the information is recorded and retrieved much more slowly than using the transistors that we find in computer circuits.

Spintronics is different: it exploits both the charge and the intrinsic magnetism of electrons – otherwise known as its spin. The difference between spin and charge is sometimes likened to the way that the Earth orbits the sun but also spins on its axis at the same time. But whereas electrons are always negatively charged, they can spin “up” or “down”.

It was discovered in the late 1980s that if an electrical current was conducted through a device formed by a non-magnetic sheet sandwiched between two magnetic sheets, the resistance of this device to the electron flow would change dramatically depending on the orientation of the magnets within the two magnetic sheets.

This effect was readily exploited in hard drives, with these spintronic systems acting as very sensitive sensors that could read many more zeroes and ones of magnetic information within the same area than previous hard drives – thus transforming storage capacity. Known as giant magnetoresistance, this later yielded the Nobel Prize in Physics for Albert Fert and Peter Grunberg, the two scientists who discovered it simultaneously.

Since the birth of spintronics, there have been many important advances, including some recent exciting ones in an area called chiral spintronics. Whereas we usually think of two magnets as having a “north” and “south” that rotate towards or away from one another along a 180º line – watch the compass towards the end of this video for example – under particular conditions, tiny magnets at the atomic level also present chiral spin interactions. This means that neighboring magnets have a preference to orient at angles of 90º.

The existence of these interactions is a key ingredient to create and manipulate pseudo-particles called magnetic skyrmions, which have topological properties that enable them to perform computing applications more effectively, with huge potential to further improve data storage.

Until now, however, chiral spin interactions had only been observed and exploited in 2D spintronics. In our new paper, we show for the first time that this interaction can be also created between magnets located at two neighboring magnetic layers separated by an ultra-thin non-magnetic metallic layer.

For this, we created a device with a total of eight layers using a technique called sputtering to deposit nanoscale thin films. We had to carefully tune the interfaces of the layers to balance other magnetic interactions, and we studied the behavior of the system under magnetic fields at room temperature employing lasers. The way the device behaved was confirmed by complementary magnetic simulations performed by our collaborator at the University of Hamburg.

This discovery opens new exciting routes to exploit further 3D spintronic effects, with chiral spin interactions playing a pivotal role to create more compact and efficient ways to store and move magnetic data along the whole 3D space. Future work will focus on finding ways to increase the strength of this interaction and expand the range of devices where the effect is present. We expect our work will attract great interest within the spintronic community and stimulate industry to continue working on magnetic computing devices based on these radically new concepts.

The first impact of spintronics in the computing market was extremely fast – it took just eight years from the discovery of giant magnetoresistance to the launch of IBM’s Deskstar 16GP Titan in 1997. The leap to 3D still needs to overcome multiple obstacles, from precisely fabricating the necessary devices to exploiting magnetic interactions in unconventional computing architectures. Our recent discovery brings us a step closer to achieving this very challenging but exciting objective.

This article is republished from The Conversation by Amalio Fernandez-Pacheco, EPSRC Early Career Fellow, Physics and Astronomy, University of Glasgow under a Creative Commons license. Read the original article.

Read next: How YouTube became the app parents love to hate