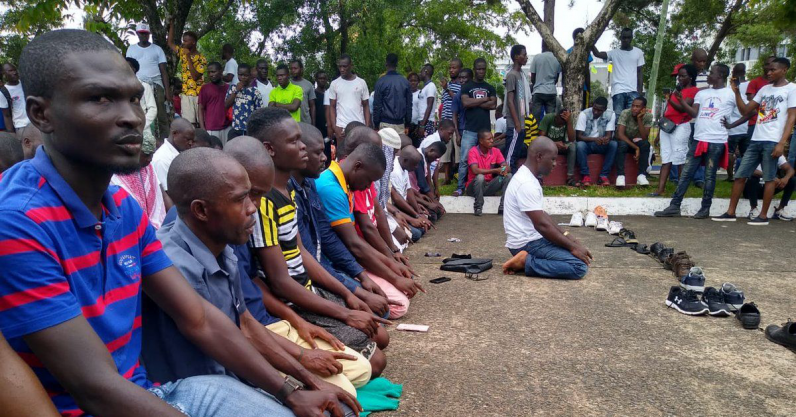 Telecommunications companies and Internet Service Providers (ISPs) in Liberia have restricted Internet access in the country by blocking Facebook, WhatsApp, Twitter, Instagram, and Snapchat amid anti-corruption protests by citizens. The move seems to be an instruction from Liberian authorities in a bid to try and suppress the “Save The State” protests mainly taking place in the capital, Monrovia.

Based on a report by Netblocks, the restrictions came in effect on 7 June 2019.

“Concerned about the rapid decline of Liberia’s image, diminishing global and geopolitical standing as well as its deteriorating business and investment climate; Determined to help avert the worsening governance situation from further deteriorating thereby undermining Liberia’s fragile peace and democracy after painful sacrifices by Liberians, the Economic Community of West African States (ECOWAS), the African Union (AU), the United Nations, the United States of America, and the European Union, respectively; Encouraged by growing consensus among Liberians at home and abroad about the need for urgent, peaceful and concerted citizens’ mass actions to save the Liberian State from total breakdown as the governance environment continues to worsen;” reads part of the petition by Liberia’s citizens.

The stories of Internet restrictions and shutdowns across Africa are becoming all too common and reports of them are starting to sound like a music CD with a scratch on repeat. Recently, Benin’s government shutdown the Internet during elections. Zimbabwe and Sudan experienced complete telecommunications shutdown while in Chad, the Internet has effectively been off for over a year.

In all cases of Internet shutdowns or restrictions in Africa, it has to do with censoring citizens who are voicing their disapproval of sitting governments or leaders. A worrying trend that has unfortunately become all too common.

The bigger problem, as is also being witnessed in Liberia, is that telecommunications companies do not pose any resistance to authorities once they are instructed to restrict Internet services. This is because of the power dynamic between the state and how telecommunications licenses are issued in most African countries.

This power dynamic makes these companies find themselves in a catch 22 situation where not fulfilling the directive to shutdown or restrict Internet services, and fighting it in court, could later result in them losing their license.

“Network measurements show that the websites and backend servers for the social media and messaging apps are entirely blocked, preventing the use of the services on affected mobile networks. Link shortening service t.co is also blocked, preventing the sharing of news articles and posts containing links to online content around the web, extending the impact beyond social media to independent platforms. Analysis of the data confirms that the restrictions are consistent with techniques used to filter online content,” reads a statement by Netblocks.