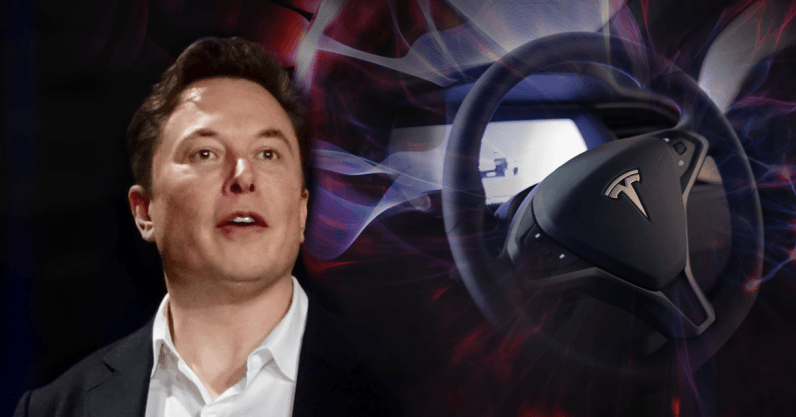 Elon Musk makes it easy to dismiss his grandiose — unhinged, even — descriptions of his product plans. But if we look past the hyperbole, we see a serious threat for legacy automakers who don’t know and love software.

When Elon Musk utters these words at Tesla’s Autonomy Day late April, a song plays inside my head: They’re Coming to Take Me Away, Ha-Haaa!. I imagine two burly men in white coats coming on stage, wrapping Elon in a tight jacket, and whisking him to a padded cell. (I last heard the song in the late sixties while I was still in France. The refrain obviously made a lasting impression.)

One view is that Musk is deranged. Seriously. Not a little bit like someone with a passion for labels that adorn Camembert boxes (a tyriosémiophile). No, more like someone who keeps announcing the closure of Tesla retail stores, only to partially countermand his order within days; like someone who gets in serious trouble with the SEC for falsely claiming “funding secured” to take Tesla private at $420/share, and then getting sued and fined to the tune of $40M; or like someone who claims the mythical $35K Model 3 has finally become available, removes it from the Tesla site a little later, waits a few beats and then claims it actually is available but you have to order by phone or in person, followed by a price increase a couple of weeks later.

Over the years, these zigzags, the lofty promises and changing stories have become a Musk trademark. In the past, I’ve wondered when and how Tesla’s autocratic founder would “exaggerate too much” and cause shareowners to give the CEO, who owns about 20% of the company, more time with his family and SpaceX.

For a brief moment, I wonder if the surreal “1 million robo-taxis by 2020” is going to be the turning point. But, no. Instead of calling for a psychiatric intervention, most observers just shrug off Musk’s grandiose talk as clever publicity. We’ve seen his lofty pronouncements before, perhaps not this grand, he’s outdoing himself this time, but we’ve been immunized.

“If there are a million Tesla robo-taxis functioning on the road in 2020, I will eat them.”

In Musk’s “different” mind, an overnight Over The Air software update transforms a million Tesla cars out in the field into Full Self Drive (FSD) vehicles by the end of next year. But wait, there’s more: FSD will upend the math of automotive depreciation, usually the largest financial drain when owning a car. Electrek, a site dedicated to electric vehicles, reproduces a Musk tweet in which he claims a million mile life for a Tesla:

On that basis, Musk explains how Tesla owners will make money [as always, edits and emphasis mine]:

“The average Tesla car is currently parked for 22 hours per day. Starting next year, owners will be able to flip a switch inside the Tesla app, and send out their car to pick up and drop off passengers autonomously, earning an estimated 65 cents per mile in fares. […] owners might be able to earn $30,000 in gross revenue from their cars per year, or more than $300,000 in revenue over the 11-year lifespan of their car. With a basic version of the Model 3 costing $38,000 after incentives, self-driving Tesla robotaxis could become a profitable side business for owners…”

“The fundamental message that consumers should be taking today is that it is financially insane to buy anything other than a Tesla, […] it will be like owning a horse in three years. I mean, fine if you want to own a horse. But you should go into it with that expectation.”

This, Musk says, will transform Tesla into a $500 billion company participating in a $3 trillion autonomous-mobility-as-a-service market. Right around the corner.

Regrettably, Musk’s self-indulgence — his PR as performance art — has cauterized our nerve endings, leading to a jaded look at the more substantial technical parts of the Autonomy Day presentation (full video here, slides here, a helpful CleanTechnica technical commentary here). Indeed, some of the tasty technical morsels must be consumed with caution, especially when it comes to the processing power of Tesla’s autonomous driving computer, or the claim that the company’s use of video cameras is vastly superior to the lidars(3D laser scanners) used by everyone else, Waymo (part of the Alphabet/Google empire) in particular.

But, if we make a patient effort to see through the PR excesses, we see an interesting image come into focus, a picture of Tesla winning the war with its software weapons and its vertical integration.

Turning to mainstream, legacy car companies, we have to ask what they know about software — and do they even care? The Engine Control Unit, the computer that controls ignition and fuel injection, comes from a vendor like Robert Bosch (my autocorrect wants to write “ogre botch”); the gearbox controller from ZF (as in toothed gears, Zahnrad Fabrik) or Japan’s Aisin; and the entertainment/navigation module from Panasonic and others. And they all use bundled software. To conventional automakers, software is a sourced component, often from the lowest bidder, a hard-to-control annoyance.

It’s a situation that’s reminiscent of the early days of cell phones. Motorola and Nokia had software because they had to, they even boasted about being good at it, only to be displaced by competitors who loved software, namely Google’s Android and Apple’s iOS.

Love isn’t the word I’d use for Detroit’s or Sindelfingen’s relationship with software, it’s more like conjugal duty, something one must do.

Tesla, on the other hand, loves, treasures software. Yes, the company violates the tried-and-true manufacturing rules pioneered by Toyota (see The Machine That Changed The World) and adopted by the entire industry, a sin for which it has often been criticized (including yours truly). But the critics ignore Tesla’s not-so-secret weapon: Vertical integration allowed by its control of its own software.

Tesla’s manufacturing operations might not be the smoothest in the industry, but it controls all of the hardware and software layers in its product, something no other major car maker seems to be able to do. To a Valley geek, that sounds a bit like a company that’s not too far from Fremont (an observation I owe to someone deeply familiar with such large scale integration).

Tesla’s frequent OTA (Over The Air) software updates might help illustrate the trouble legacy automakers are in. Why don’t the incumbents update software in their cars the way Tesla does? Because their systems are cobbled together, without a central control point, because it’s what they’ve always done in a culture that lacks the right taste buds.

Critics still say the jury is out whether Musk will finally get Tesla to a positive cash-flow status, whether Tesla will be an autonomous (pun intended) company standing solely on its own resources. But let’s consider that as a struggling, imperfect company, Tesla outsells Mercedes-Benz, BMW, and Lexus in the US, and is now said to top European sales chart for premium mid-size sedans, meaning the likes of BMW 3 Series, Benz C-Class and Audi A4.

We know competitors are coming from Germany and China, from serious companies, with products that look good on our screens. Whether they’ll have a competitive, well-integrated combination of hardware and software remains to be seen.

One last sad thing: Where’s Detroit? How can Ford, GM, and Chrysler compete with Musk?

To paraphrase a well-known venture investor: Software will eat the world of legacy automakers.

Jean-Louis Gassée is a computer marketer, former chief technology officer of Apple Computer, founder of Be Incorporated and chairman of PalmSource. This post was originally published on Monday Note.

Read next: CHEAP: Sennheiser's PXC 550 noise-canceling headphones have 34% off