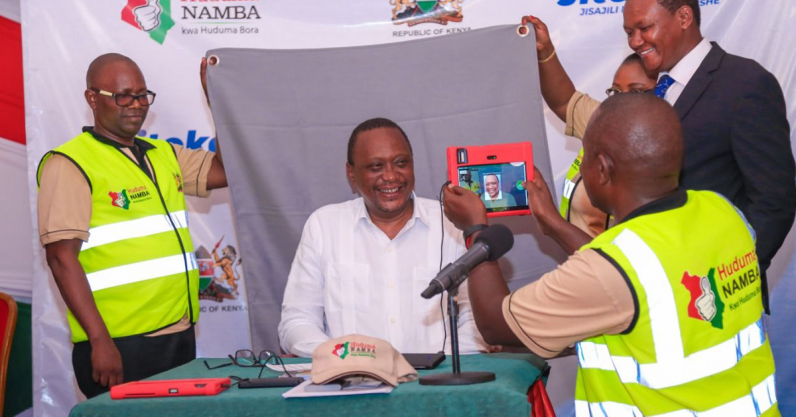 According to Dr. Roselyn K. Akombe, Chief of Policy Planning and Guidance at the United Nations and ex-commissioner of Kenya’s Independent Electoral and Boundaries Commission (IEBC), the country’s government is going to sell all the citizen data collected through the Huduma Namba exercise to the highest bidder. Her statement came after President Uhuru Kenyatta extended the deadline for Huduma Namba registration by another week.

Kenya’s Huduma Namba initiative, which the government has stated is to unify all Kenyans personal data into one database, has been both lauded and criticized as some have pointed out that it is unnecessary given how the country already allocates a unique ID number for citizens.

…and the race to control Big Data and sell it to the highest corporate bidder continues…#HudumaNamba https://t.co/aneOizPqYP

What is Huduma Namba?

According to the brochure issued by Kenya’s government, some of the main reasons for intruding Huduma Namba, National Integrated Identity Management System (NIIMS), is to centralize the collection and storage of citizens personally identifying data and biometric data into one database. The other main reason put forward is that it will help with service delivery.

More importantly, the government has said it wants to ensure there is only one identifying number for each citizen and not multiple ones as is currently the case.

“The current manual persons’ databases have compromised service delivery and left us vulnerable  to the emerging security threats. The systems have been infiltrated and abused by criminals, most of them posing as Kenyans or using Kenyan documents to commit crime, fraud, and massive forgery. Our travel documents have also become a subject of debate in many countries across the globe. Kenyan travelers have often been submitted to humiliating and thorough scrutiny in comparison to people from other nationalities. Worse still, criminal aliens living in our country collude to bypass our immigration laws and procedures and enjoy stolen privileges meant for citizens. The Government initiated the registration of persons using a harmonized approach to address unnecessary duplication and hitches in service delivery.”

Apart from the concerns recently raised by Dr. Akombe, there have been privacy concerns surrounding Huduma Namba since it was announced. The main concern being that with the new data being collected, especially location and biometric data, the system is open to privacy abuse.

As Mbugua Njihia explained in this article; “citizens must be given control over their data and assured beyond all reasonable doubt that the due effort and the process has been taken towards its protection across the entire lifecycle of all bits and bytes; from the collection, transmission, analysis, storage, retrival, and consumption.”

It remains to be seen how much citizen data Kenya‘s government during the extended Huduma Namba data collection drive as some citizens have expressed they will be staying away from registering. What also remains to be seen, is how the government will use the data and whether or not, as they’ve said, it will improve service delivery.

Read next: Everything that happened on Huawei’s Wednesday from hell