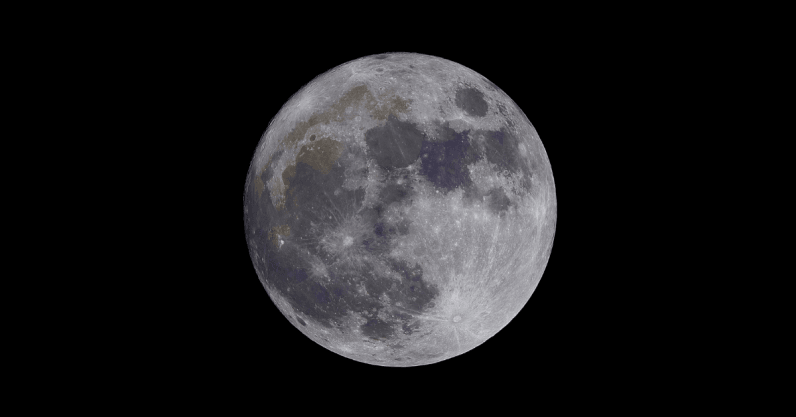 Nearly 50 years since man first walked on the moon, the human race is once more pushing forward with attempts to land on the Earth’s satellite. This year alone, China has landed a robotic spacecraft on the far side of the moon, while India is close to landing a lunar vehicle, and Israel continues its mission to touch down on the surface, despite the crash of its recent venture. NASA meanwhile has announced it wants to send astronauts to the moon’s south pole by 2024.

But while these missions seek to further our knowledge of the moon, we are still working to answer a fundamental question about it: how did it end up where it is?

On July 21, 1969, the Apollo 11 crew installed the first set of mirrors to reflect lasers targeted at the moon from Earth. The subsequent experiments carried out using these arrays have helped scientists to work out the distance between the Earth and moon for the past 50 years. We now know that the moon’s orbit has been getting larger by 3.8cm per year – it is moving away from the Earth.

This distance, and the use of moon rocks to date the moon’s formation to to 4.51 billion years ago, are the basis for the giant impact hypothesis (the theory that the moon formed from debris after a collision early in Earth’s history). But if we assume that lunar recession has always been 3.8cm/year, we have to go back 13 billion years to find a time when the Earth and moon were close together (for the moon to form). This is much too long ago – but the mismatch is not surprising, and it might be explained by the world’s ancient continents and tides.

The distance to the moon can be linked to the history of Earth’s continental configurations. The loss of tidal energy (due to friction between the moving ocean and the seabed) slows the planet’s spin, which forces the moon to move away from it – the moon recedes. The tides are largely controlled by the shape and size of the Earth’s ocean basins. When the Earth’s tectonic plates move around, the ocean geometry changes, and so does the tide. This affects the moon’s retreat, so it appears smaller in the sky.

This means that if we know how Earth’s tectonic plates have changed position, we can work out where the moon was in relation to our planet at a given point in time.

We know that the strength of the tide (and so the recession rate) also depends on the distance between Earth and the moon. So we can assume that the tides were stronger when the moon was young and closer to the planet. As the moon rapidly receded early in its history, the tides will have become weaker and the recession slower.

The detailed mathematics that describe this evolution were first developed by George Darwin, son of the great Charles Darwin, in 1880. But his formula produces the opposite problem when we input our modern figures. It predicts that Earth and the moon were close together only 1.5 billion years ago. Darwin’s formula can only be reconciled with modern estimates of the moon’s age and distance if its typical recent recession rate is reduced to about one centimetre per year.

The implication is that today’s tides must be abnormally large, causing the 3.8cm recession rate. The reason for these large tides is that the present-day North Atlantic Ocean is just the right width and depth to be in resonance with the tide, so the natural period of oscillation is close to that of the tide, allowing them to get very large. This is much like a child on a swing who moves higher if pushed with the right timing.

But go back in time – a few million years is enough – and the North Atlantic is sufficiently different in shape that this resonance disappears, and so the moon’s recession rate will have been slower. As plate tectonics moved the continents around, and as the slowing of Earth’s rotation changed the length of days and the period of tides, the planet would have slipped in and out of similar strong-tide states. But we don’t know the details of the tides over long periods of time and, as a result, we cannot say where the moon was in the distant past.

Most Milankovitch cycles don’t change their periods over Earth’s history but some are affected by the rate of Earth’s spin and the distance to the moon. If we can detect and quantify those particular periods, we can use them to estimate day-length and Earth-moon distance at the time the sediments were deposited. So far, this has only been attempted for a single point in the distant past. Sediments from China suggest that 1.4 billion years ago the Earth–moon distance was 341,000km (its current distance is 384,000km).

Now we are aiming to repeat these calculations for sediments in hundreds of locations laid down at different time periods. This will provide a robust and near-continuous record of lunar recession over the past few billion years, and give us a better appreciation of how tides changed in the past. Together, these interrelated studies will produce a consistent picture of how the Earth–moon system has evolved through time.

This article is republished from The Conversation by Mattias Green, Reader in Physical Oceanography, Bangor University and David Waltham, Professor of Geophysics, Royal Holloway under a Creative Commons license. Read the original article.