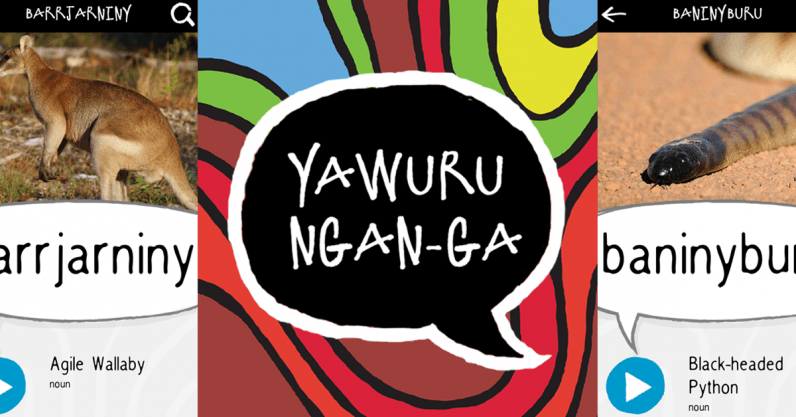 In a globalized world, “global languages” have come increasingly to the fore, often at the expense of smaller, regional tongues and dialects. Of all the world’s languages — around 7,000, by best estimates — only a few hundred are represented online, and a very small number predominate.

English — long dubbed the “language of business” and latterly known as the lingua franca of the web — has seen its influence diminish, but it is still thought to account for 30 to 40 percent of all webpages on the internet. Mandarin has been steadily growing in its online presence, which impacts upon its offline influence, too; so have fellow linguistic giants Arabic, Spanish, and Russian.

But what of the languages that remain undigitized? Can smaller, culturally specific languages stay relevant in a modern age? UNESCO, the United Nations’ world heritage agency, warns that smaller languages are being crowded out — a serious cultural issue, as languages are thought to be dying at a rate of one every two months.

Here, technology may offer a possible solution. Minority groups around the world have been working hard to keep their traditional languages alive — that is, in regular use — and, in many cases, mobile apps have come to the fore as a method of increasing their use in a modern context.

“The preservation and revitalization of languages are more important than ever. In fact, we’re seeing endangered languages making a comeback,” says Darrick Baxter, a Canadian tech entrepreneur who belongs to the Ojibway people, an Indigenous group native to a large region to the north of North America’s Great Lakes. His company, the Winnipeg-based Ogoki Learning Inc., has created 140 apps, 30 of them aimed at Native American languages. Their Ojibway People and Languages has been downloaded around a million times on iPhone, iPad, Android, Windows, and Apple TV. Baxter says that the apps are popular among the younger generation but are supported by elders. “We also train staff from the tribes to update and add more words, building on those included in the app,” he adds.

Elsewhere in Canada, the First People’s Cultural Council works to help the revitalization of Indigenous language and culture in British Columbia. To this end, they have launched a range of phone apps to support the use of thirteen languages, including Ehattesaht (a language that UNESCO considers highly endangered, as it’s spoken by only 200 individuals on Vancouver Island) and Secwepemc, which has around 1,300 speakers of varying abilities in the state’s interior.

There are two apps for each language: a specialized keyboard, which allows speakers to communicate via social media, email, and text message in their native language; and a dictionary app, which allow members of First Nations communities to record or learn vocabulary — in both written and audio form — which might otherwise be forgotten.

“Most Indigenous writing systems use unique characters previously unavailable in mobile technologies,” explains the Cultural Council’s Emmy McMillan. “The keyboard app allows people to use their ancestral languages in their everyday lives in the digital realm, and provides a public presence and visibility for Indigenous languages. It also supports urban communities by providing a platform to reconnect with their language and culture.”

Apps like these are likely playing a part in an increase in the number of those who speak Aboriginal languages, as shown in Canadian census data: 260,550 people now speak one or more of these languages, which is a greater number than the 208,720 who report one or more Indigenous languages as their mother tongues. At the same time, the median age for the population that speaks Aboriginal languages is skewing younger and younger, indicating that new generations of speakers are choosing to learn them.

In Western Australia, the Yawuru Aboriginal group, native to the Broome area on the northwestern coast of the continent, have seen the number of native speakers of their language slip into the single digits. To prevent this invaluable cultural knowledge from being lost, the local language center, Mabu Yawuru Ngan-ga, worked with software firm Thoughtworks to create an award-winning open source app to preserve the language for future generations. It uses “gamification” techniques to appeal to a younger generation, and to incentivize its users to develop their skills.

The intention was that the app’s framework (a system called Jila, meaning “watering hole” in Yawuru) should be easily “reskinned” and redeployed by other language groups. A second app, created for the Miriwoong community of Kununurra, farther north than Broome, whose language is also critically endangered, has already been launched. Thoughtworks says that five other apps are in the works.

A similar approach has been taken by the Sami people of Arctic Scandinavia. Language usage varies widely by dialect in this region — Northern Sami has around 20,000 speakers, but some languages (such as Ume and Pite Sami) are creeping ever closer to extinction, as the last native speakers age and die out. Campaigners there have piggybacked on the infrastructure of the well-known Memrise app, which now offers courses in Lule, Northern, Southern, and Ume dialects.

Māori, the Indigenous language of New Zealand, is still spoken by around 150,000 individuals. But the Māori-speaking population is aging. “For our language to survive and flourish, our young generation needs to speak Māori to ensure its survival,” says linguist Sophie Tauwehe Tamati of the University of Auckland. Having devised a new rapid language-learning methodology, she worked with developers to create two apps — one aimed at the general public (Hika Lite) and another at the education sector (Hika Explorer); the former attracted phenomenal interest, and was downloaded 40,000 times within 48 hours of its 2013 launch. “More than a website or book, a mobile app is so easily accessible, more interactive and intuitively personal,” Tamati explains.

In the U.K., the last native speaker of Manx, the local language of the Isle of Man, died in 1974, and UNESCO declared the ancient tongue officially extinct in 2009. But since then it has made a remarkable revival, and has been reclassified as critically endangered. It is back from the dead: at least a thousand people are now estimated to have some knowledge of the language. Heritage body Culture Vannin has developed two phone apps as teaching resources: a language course and a collection of songs and rhymes using karaoke-style text highlighting. They are, says Culture Vannin’s language officer, just “another example of how dynamic and cutting-edge the language movement is at present.”

Modern technology is not just for modern languages. Hundreds of ancient tongues have survived against the odds, enduring as their speakers withstood the agonies of colonialism and centuries of persecution. Today, a new generation is turning to contemporary tools to keep the languages of their ancestors alive.

This story by Cal Flyn originally appeared on How We Get To Next, a non-profit project interested in exploring the intersections between science, technology and culture, and how those things are changing the future. Follow them on Twitter and subscribe to their newsletter.