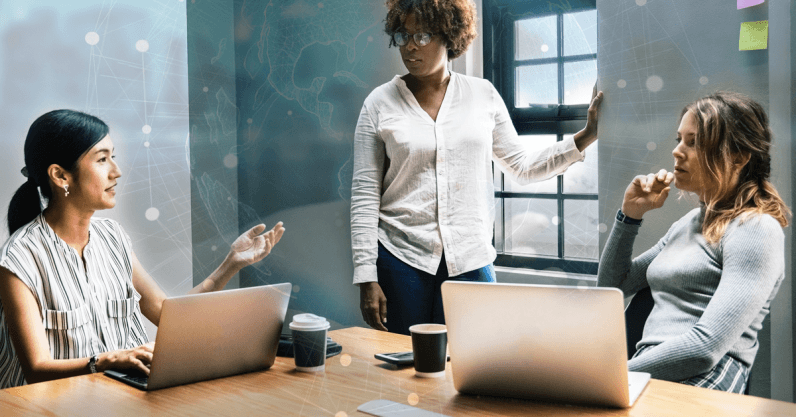 What do these names bring to mind?

They are women whose pioneering work led the fight against cancer, ground-breaking discoveries about how brain cells live and die, and to the unveiling of the secrets of human memory. They are leaders in innovation, in mechanical engineering, and space exploration. They were among the first women in their classes in medicine, going on to provide health care for the poor, underserved, and neglected.

These courageous women broke down norms and survived wars, abuse and gender and racial discrimination. They worked independently from men, in partnership with men and sometimes in rivalry with them. They have left legacies of greatness and other women like them continue their work today.

In addition to my research in neuroethics, I have been actively engaged in promoting women in science throughout my career, including as an elected member of the International Women’s Forum, a global organization comprising more than 7,000 women leaders and heads of state.

Women around the world have tried to follow their legacies. In some ways, they are succeeding. For example, women represent the majority of young university graduates. Yet they are still underrepresented in science, technology, engineering, mathematics (STEM) and computer science in many respects. Despite advances made in recent years, reports still suggest that women remain less likely to choose a career in science and technology than men.

Regional averages around the world show that women accounted for less than a third of those employed in scientific research and development across the world in 2014. Among Canadians ages 25 to 34 years holding bachelor’s degrees, men were almost twice as likely to work in science and technology jobs as women in 2016.

The share of science and engineering degrees is even smaller for women of color: in 2014–2015, women of color earned three to five per cent of related bachelor’s degrees. Globally, women made up about 12 percent of board members in the information technology industry in 2015.

Leaky pipelines and other factors

Labour markets, family and work balance, interest, cultural capital, and social class are all factors reported to affect career choice and, by extension, career progress and satisfaction. Motivation is sometimes said to play a role when women decline to enter a field, but this is a highly contested assertion.

What’s more likely is that in 2015, for example, women who graduated with bachelor’s degrees in science and technology earned just 82 percent of what their male counterparts earned.

Compounding these phenomena is the leaky pipeline: women disproportionately decide to leave a career trajectory due to isolation, ineffective feedback, insensitive interactions, and a lack of role models, mentors and sponsors. But let’s be clear: good mentors and role models for women need not be only women. In my own life, some of the very best were men.

Yet the news is not all bad. In 2016, women comprised about 40 percent of scientists and engineers in the EU-28, an increase of more than 20 percent since 2007. In Central Asia, Latin American and the Caribbean, Central and Eastern Europe, and the Arab States, women represent over a third of the innovation workforce.

Equity, diversity and inclusivity of women have been topics of keen interest to the academic and corporate worlds that increasingly seek balance and justice among its educational systems and workforces, and to media that covers them. The Athena Program recognizes and rewards institutions for leadership in promoting women.

Canada has recently launched its own version of the Scientific Women’s Academic Network (SWAN) Athena program . The Canada Research Chairs Program has taken significant steps to recalibrate for gender balance, albeit imperfectly under certain circumstances for senior women whose appointments have already been renewed once in this prestigious system.

It takes a global effort. In a visionary and bold initiative, women leaders from different countries are coming together to identify priorities and opportunities for international collaboration. “Women in Science, Health and Innovation: Leadership Looking To The Future” was held in Vancouver on March 7. In this event that ties to International Women’s Day — and foreshadows the 2019 Women Deliver conference in Vancouver on gender equality — researchers and speakers from Canada, France, the Netherlands, the United Kingdom, Switzerland, Germany, and the United States came together to address important questions:

1. What have been the greatest changes in North America and Europe and over time for women in health, science, and innovation?

2. What have been some of the historical and incentives barriers to women entering engineering and physical sciences?

3. What is on the agenda for coming years in gender, medical research and innovation?

4. How have women in the past set the path for women in academic medicine and entrepreneurship of the future?

We will have to see what those collaborations will be and where the conversations will go, but there is much to look forward to when regional silos of strength and determination expand into full-blown global efforts.

This article is republished from The Conversation by Judy Illes, Professor and Director, University of British Columbia under a Creative Commons license. Read the original article.

Read next: Meet Byte Me, our new newsletter by women for women