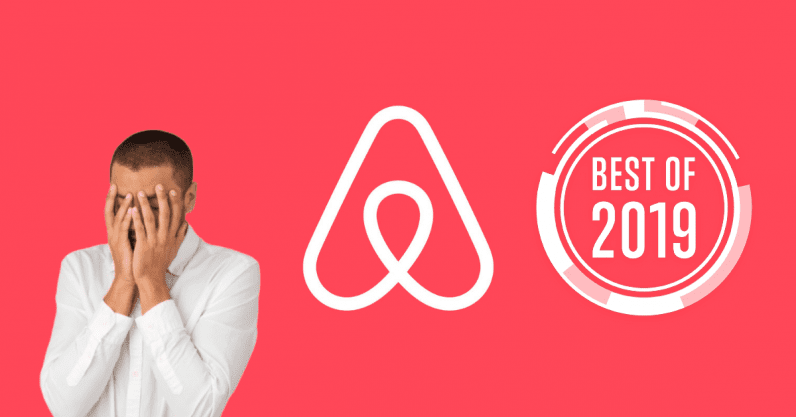 A few months ago, I received a cryptic message from Airbnb that sounded like something straight out of the Black Mirror episode with Jon Hamm.

We regret to inform you that we’ll be unable to support your account moving forward, and have exercised our discretion under our Terms of Service to disable your account(s). This decision is irreversible and will affect any duplicated or future accounts.

At first, I wasn’t concerned. Surely there must be a misunderstanding. After all, I’ve been a loyal AirBnB evangelist from the early days. I referred dozens of friends when it first launched. I even convinced my parents to list their vacation properties.

After reaching out to support, I received the following unsettling email.

Please understand that we are not obligated to provide an explanation for the action taken against your account. Additionally, we consider this matter closed and will no longer reply to any inquiries regarding your account.

Okay, this is a tough spot. Somehow I’ve violated the terms of service, but they won’t tell me which ones. And I can’t communicate with them anymore.

At this point, I was pretty shocked but also very curious about what I could have possibly done. After carefully reading the Airbnb terms of service and reading about the most common ways people get banned from Airbnb, I went through each of my bookings. My first thought was that I must have inadvertently paid one of the hosts in cash because this is the #1 reason why people get banned. But I confirmed that all my bookings were paid through Airbnb. No foul play there.

After discussing with my girlfriend, the only thing we could think of was that we had recently had a very uncomfortable Airbnb experience with a rude host.

A brief summary of the incident that likely got me banned

After booking the weekend, we were told we’d need to vacate the premises from 12–4pm because the room was located in a spa retreat.

The conflict arose when the host entered the room an hour early, unannounced. She forgot to let us know she’d be coming an hour early with spa guests. We weren’t dressed but she continued setting up while we eventually scurried outside in front of the spa guests.

When the trip was over, we decided not to leave a review after giving her the benefit of the doubt that it was just a bad day. The property itself was great.

A few weeks later, I saw that the host left me a critical review with completely distorted details from what had actually happened.

I emailed Airbnb to report the host had fabricated details in her review — details which could be proven within the Airbnb platform. But I was told it’s against their policy to censor reviews, even if they’re dishonest.

Because the review period had passed on Airbnb and I felt the need to do some justice to my side of the story, I left a review on Google instead. The host has received a number of similar complaints so it definitely wasn’t an isolated incident.

I still can’t believe that leaving an offsite review was a bannable offense, but even more disturbing to me is the way Airbnb handled the situation with a one-sided, permanent, irreversible, closed book suspension.

The part that’s especially poetic to me is Airbnb touts a firm brand message of community and connectedness with their “Belong Anywhere” campaigns but the frightening reality is any individual user is completely disposable, without a shred of appeal to due process. I’m really thankful I wasn’t reliant on Airbnb income like so many of my friends.

But let’s call it like it is. This policy leverages the company’s power over the individual user to a cruel and unprecedented extent. And it’s in laughable contradiction to the brand’s inflated idealism.

After emailing Airbnb support and its founders multiple times, I’ve finally given up.

Moving forward, I question whether these types of suspensions should be allowed from the tech giants without any oversight or regulation. At what point does a company become pervasive enough in everyday life that they owe users an explanation or warning before dropping the guillotine? Or is this all part of an ongoing trend, toward something like the Chinese Social Credit Score system, where the consequences of not maintaining a high rating are socially crippling?

We’re becoming increasingly dependent on a handful of major tech giants to get through our basic daily routine. Imagine waking up one day and no longer being able to check your Gmail, buy things on Amazon, or book an Uber.

This article was originally published on Medium by Jackson Cunningham.

Read next: Moonday Mornings: Japanese ecommerce giant Rakuten may be getting into cryptocurrencies