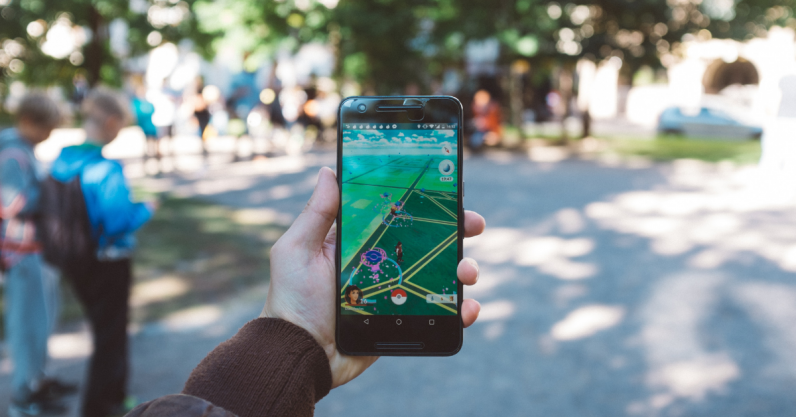 If you’re among the millions of those who’ve used their smartphones to chase Pokémon in the real world, then you already know how amazing augmented reality (AR) can be, although you may not be aware of its broader implications. But VR’s younger sibling has moved beyond gaming and entertainment, and it didn’t take long before people started exploring AR for different applications, such as advertising, retail, training – you name it.

This technology continues to grow rapidly, and it could soon become bigger than VR. The reason for this is simple. Unlike VR, which requires expensive equipment, AR can be deployed on smartphones or tablets, which makes it more accessible and far cheaper. Plus, AR is more realistic. While VR puts the user into a completely different, immersive environment, AR uses our existing environment and enriches it with virtual objects.
[in-content-unit]

IKEA Place allows customers to preview furniture in their space

Many brands have taken notice of this technology, and are implementing AR to improve their bottom line. For instance, in 2017, IKEA released the IKEA Place AR app. The app, available for both iOS and Android users, is based on the ‘try before you buy’ concept.

Using the app, customers can see how IKEA furniture would look in their homes before making a purchase. All they need to do is scan the space with a smartphone camera and choose the item they want to view. IKEA Place features more than 3,000 items in its catalogue, ranging from chairs to desks and numerous other furniture pieces necessary for any home. The innovation provides 98 per cent accuracy, and it’s so precise that users can even see the texture of the fabric.

IKEA Place proved to be a great success. Based on the number of downloads, the app is “the second-most popular free app built on Apple’s ARKit.” Although IKEA didn’t reveal whether the app led to higher profits, it certainly proved to be a good marketing tool. Statistics show that soon after the release of IKEA Place, Google searches for IKEA increased.

Clearly, there are countless ways to use AR. For example, thanks to this technology, you’ll never get lost in a new city. The tech company Blippar created the AR City app to help users navigate around cities.

Conventional navigation apps rely on 2D maps. However, Blippar uses 3D  maps and AR to outline where the user should go. This is much more engaging than using a standard GPS. Simply enter your destination into the app, and it will showcase a walking route in AR for you to follow. The app also features the locations of restaurants, shops, and hotels. What Blippar wanted to do is transform the way people experience new cities by combining the physical and digital.

So far, cities such as San Francisco and London have been mapped in AR City, but the plan is to help users navigate around 300 cities worldwide. Recently, Blippar also developed a solution for indoor environments. Its Visual Positioning System also uses computer vision to help customers and tenants better navigate around larger spaces such as stadiums, shopping malls, and airports. The best thing about it is it can be used in offline mode, too. The new technology is still being tested, and if everything goes according to plan, it will be released in 2019.

Although both of Blippar’s innovations are impressive, visually impaired users will find them useless. But researchers from the California Institute of Technology might have a solution. They created a system for the Microsoft HoloLens called Cognitive Augmented Reality Assistant (CARA) to help blind people navigate around different spaces.

A typical AR app creates a 3D mesh of the existing space and overlays it with virtual information. CARA is slightly different. It adds auditory information to physical spaces by giving each object a voice. For instance, when users wearing a HoloLens headset enter a new building, each object inside the space will say its name. So, for instance, if they move their head toward a lamp, it will identify itself as a lamp. Moreover, CARA will tell the user when to turn right and left or climb stairs.

The system has been previously tested with seven blind respondents, all of whom managed to successfully find their destination using this solution. However, even though it’s great in identifying objects, CARA isn’t capable of detecting people who approach the user. But the researchers hope to improve their technology over time.

Besides serving as a navigation tool, HoloLens technology could also be used in military applications. According to TechRadar, the US Army hired Microsoft to manufacture 100,000 HoloLens headsets for military training and combat missions. Each headset will be equipped with thermal sensors and night vision capabilities. The goal is to enable soldiers to better detect and respond to potential threats using AR technology. As Microsoft reveals, “Augmented reality technology will provide troops with more and better information to make decisions.”

But the US Army isn’t the first to adopt Microsoft’s HoloLens technology. The Israeli military, for instance, has been using this tech as part of its training for quite some time now. However, this is the first time that HoloLens will be used in the battlefield. The US Army will receive 2,500 headsets in the next two years, and if those headsets meet all the necessary requirements, Microsoft will continue with large-scale production.

AR and VR are exciting technologies, and they’ve been gaining attention across a wide range of industries. Although there’s been a lot of hype and excitement around VR, the future might rely more on AR. Its low cost and easy access have spiked the interest of many companies that are eager to implement this technology. Compared to VR and mixed reality, AR has witnessed remarkable growth, and it’s becoming increasingly clear that it’s here to stay.

Read next: Where automotive cybersecurity is headed in 2019