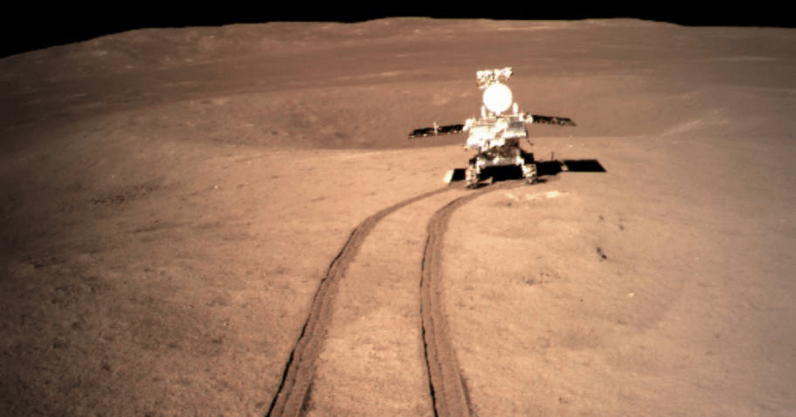 China’s recent scientific achievements – including its embryo gene-editing research and historic moon landing – appear to be surrounded by secrecy. The global scientific community first learned about its experiments modifying the DNA of human embryos through rumors in 2015.

While China’s National Space Administrative (CNSA) acknowledged in December 2018 that its spacecraft was preparing to land on the moon, it didn’t broadcast or announce the actual touchdown. Instead we learned about it through whispers among journalists and amateur astronomers.

These events demonstrate how little we actually know about what’s going on within the Chinese scientific establishment. They also cast doubt on the accountability of scientific projects carried out in and with China. Extreme cases such as scientist Jiankui He’s controversial claim of having created the world’s first gene-edited babies have tinted China’s image as a trusted player. In fact, China later condemned the research, which has not yet been published in a scientific journal – blaming the scientist. Unsurprisingly, this further challenges the global confidence in the country’s researchers.

It may be tempting to ascribe these secretive practices as a throwback to a Cold War mentality, with China competing with the West by incubating cutting-edge research programs behind closed doors. But my research on China’s life sciences over the last 14 years suggests that the culture actually stems from something else: a sense of sociopolitical insecurity.

The problem is rooted in the once-prized but increasingly problematic social ethos of “prioritising the doing, postponing the talking” (xian-zuoshi, hou-taolun). The phrase, often used by Chinese scientists, resonates strongly with a “do-not-argue” principle (bu-zhenglun) promulgated by China’s former president, Deng Xiaoping, in his watershed reform speech in 1992. The speech set out how to develop China with tangible socioeconomic betterment rather than rhetorical debates. While that may seem sensible, the approach has led to a number of problems in science governance.

At the institutional level, a pragmatism has taken hold in research oversight. The primary aim has become to minimize public concerns – delivering technological fixes to social problems instead of generating worries. So unless there is concrete evidence of wrongdoings, Chinese regulators will limit their interactions with the public and the scientific community to pragmatically fix problems that have already occurred. Unfortunately, though, this doesn’t help prevent them from arising in the first place.

As ministry officials and bioethicists involved in policy making have explained to me, opening up pioneering research to public scrutiny could be precarious for their careers and for their institution’s reputation. Moves that seem to overturn the priorities of doing and talking could be considered politically irresponsible – wasting important research opportunities.

Institutions that draw the public’s attention may also risk political embarrassment. For example, great promises of discovery may not materialize. And ethical concerns can turn out to be nothing. CNAS’s tightly controlled publicity of the Chang’e 4 mission could be seen an example of the authority’s caution against embarrassment in the case of a touchdown failure.

But why don’t the researchers themselves step up and reach out? After all, a growing number of Chinese scientists are being trained in the West and remain in regular contact with Western peers. But the truth is they need to adapt to the social and political norms when they later settle back in China.

For many Western scientists, publicly disclosing possible research harms is seen as a crucial part of good governance. For example, in 1969 Jonathan Beckwith from the University of Harvard publicly announced that his team had successfully isolated a single gene simply to be able to express his strong reservations about how the research could be used. Similarly, the co-creator of the CRISPR gene-drive technology Kevin Esvelt from Massachusetts Institute of Technology is currently a visible figure campaigning for public awareness of its adverse impacts.

Yet, the Chinese life scientists I have interviewed consider such precautionary acts potentially irresponsible, both to their peers and their institutions. That’s because they are trotting a thin line of “double clientelism”. While researchers are conscious of their responsibility to engage with the public, they are also pressured to meet the state’s demands for technological progress – often for the good of the people.

Communicating with the public also takes skills and training. Without clear political guidance and support, many of the scientists I interviewed felt they were “unqualified” to talk about their work to the public, especially if potentially contentious.

There is also little incentive to engage with the media or the public in China. For that reason, it may be understandable that scientists are reluctant to take the risk of communicating their work.

The stakes, after all, are high. Chinese authorities have several times interfered or even banned technology as a hasty response to a single problematic case. For example, China developed the world’s first human hybrid embryo in 2001. This was groundbreaking scientifically, but was also met with international skepticism – leading the state to immediately ban such research.

Change on the horizon?

The “secretive culture” within Chinese science is therefore not really primarily about active concealment. Rather it resembles a collective coping strategy in a system where there is an over emphasis on getting things done and an under appreciation of collective deliberation.

There may be reasons for optimism, however. There is a growing recognition of the value of transparency and public engagement in the country. On January 3, China’s Ministry of Science and Technology published a set of policy recommendations developed by me and my colleagues on revising the priorities of “doings” and “talkings”. These are currently being put forward to high-ranking officials.

This is a significant and welcome signal that Chinese authorities are exploring ways to enhance transparency and accountability of its science. But how quickly these commitments will be translated into institutional norms remains to be seen.

This article is republished from The Conversation by Joy Y. Zhang, Senior Lecturer in Sociology, University of Kent under a Creative Commons license. Read the original article.

Read next: Amazon, Facebook, and Google don’t need to spy on your conversations to know what you’re talking about