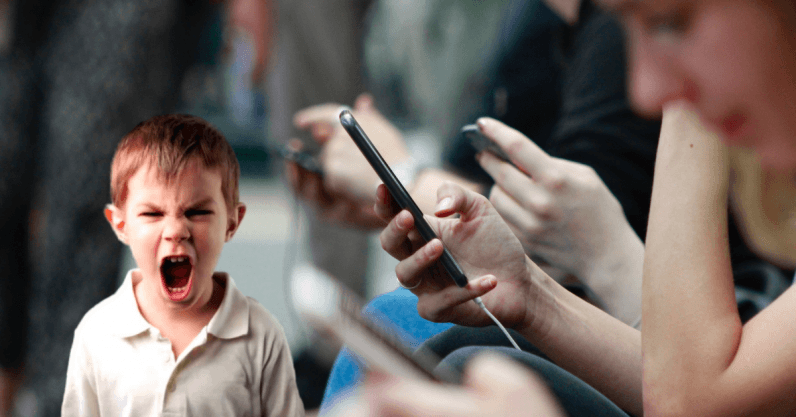 Matt Cox knew he would be criticized when he forced his 10-year-old daughter to walk 5 miles to school in 36-degree weather as her punishment for being suspended from the school bus twice for bullying.

“I know a lot of you parents are not going to agree with this, but that is alright, because I’m doing what I feel is right to teach my daughter a lesson and to stop her from bullying,” Cox said in a Facebook Live video that he posted of her punishment in December 2018.

The video quickly garnered over 15 million views. Although some online comments called him a bully, most comments were from parents, educators and others who wholeheartedly supported his actions.

Cox’s video is just one of many in an emergent trend of parents who publicly shame their children on social media as punishment for various misdeeds. For instance, another father recently posted a video holding his son’s hand and walking with him as a “couple” through the middle school hallway as punishment for misbehavior at school.

“I gotta give it to him this way,” the father said, as his son sulked during the ordeal.

In November, a New Jersey mother dressed as a clown and visited her son’s classroom to shame him for acting up in class. The boy’s principal – who calls himself “Mr. Viral Principal” – uploaded a video of the visit on Instagram. And in March, a father posted a video of his 10-year-old son running a mile to school in the rain because he had also been banned from the bus for bullying. “Welcome to ‘You Better Listen to Your Dad 2018,’” the man tells viewers in the video.

While the parents who made these videos – and the many viewers who praise them – may think the videos represent an effective way to discipline children, as a scholar who teaches child development and researches the psychology of social media, I believe the evidence suggests otherwise.

The notion that public shaming will work goes against research about the relative effectiveness – or rather ineffectiveness – of punishment as a means of changing behavior.

As Deidre Golash, a noted public affairs scholar and author of “The Case Against Punishment,” put it, “The deliberate doing of harm in the mistaken belief that it promotes some greater good is the essence of tragedy.”

Not everyone agrees. In the American Criminal Law Review, Lauren Goldman, a lawyer working for the U.S. District Court in Washington D.C., cited the prevalence of parents publicly shaming their children to bolster her call for judges to pursue similar tactics as penalties for crimes. She asserts that many parents believe that “public shaming punishments generally have the ability to positively affect their children’s behavior.”

Why behavior may worsen

The problem is it could actually backfire. “Harsh parenting,” which can include physical aggression, psychological aggression, humiliation, yelling, or threatening a child, is particularly problematic. Punitive consequences can breed feelings of resentment, revenge, rebellion and retreat. Children may simply hide behaviors instead of changing them. Research has shown that harsh discipline by parents significantly increases the risk of behavioral problems in children.

None of the parents in the social media videos described above recorded hitting their kids – a punishment that has been linked to substance abuse and psychological disorders.

They were, however, all publicly humiliating their children, which is another form of harsh parenting. Research published in the Journal of the American Academy of Psychiatry and the Law concludes that “suffering severe humiliation has been shown empirically to plunge individuals into major depressions, suicidal states and severe anxiety states.”

Parents are rightly concerned about when and how to discipline their children. Social media platforms can provide helpful opportunities to share parenting advice and learn from others. In the process of teaching and learning, however, some parents seem to be seeking validation for their parenting techniques without much thought to how it could impact their children.

As Jon Ronson, author of the book “So You’ve Been Publicly Shamed,” put it, public punitive shaming has historically been considered a cruel punishment that destroys self-respect and can ruin individuals’ lives.

He added that “well-meaning people, in a crowd, often take punishment too far.” Social media has exponentially increased the size of the crowd available for public shaming, and crowd dynamics are often cruel.

This form of punishment, which essentially amounts to parental cyberbullying, is particularly harmful because of its permanence. When videos are posted online, parents may lose control of the situation as the video takes on a life of its own.

In search of alternatives

There are more effective and gentle approaches to disciplining children than shaming them online. Jane Nelson, a parent educator, suggests that natural consequences, “anything that happens naturally, without adult interference,” are much more effective than punishments in shaping behaviors.

When there is not a safe or reasonable natural consequence, Nelson suggests using logical consequences instead. These consequences are seen as reasonable from the points of view of the child and the adult, are clearly related to the problem behavior, and are respectfully and firmly reinforced without shame or pain.

Walking or jogging to school may be an excellent logical consequence to getting suspended from the school bus as long as the intent is not to inflict suffering, humiliation or psychological harm. The video and public shaming – which may actually be modeling the punished behavior – are not needed.

This article is republished from The Conversation by Brian Edward Kinghorn, Assistant Professor of Educational Foundations, Marshall University under a Creative Commons license. Read the original article.