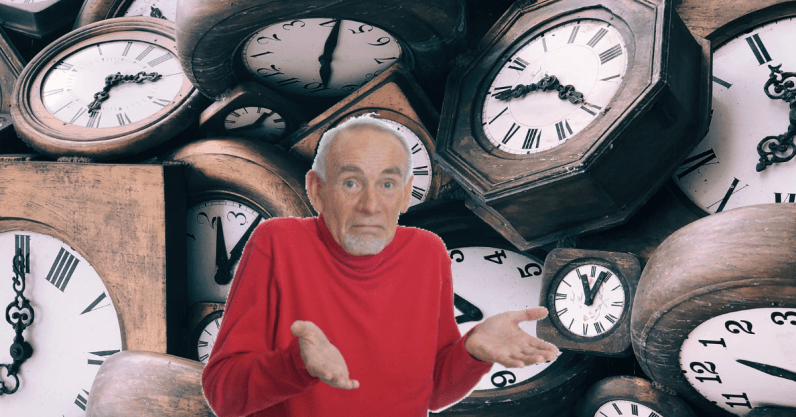 Every year, the time comes again when many of us switch our clocks from summer or daylight-saving time back to winter time. And the usual confusion sets in, is it an hour forwards or back? Why do we need to change the time at all? Indeed, EU member states have been asked if they would like to simply skip daylight saving time.

Historically, the sun has helped us tell time – but we’ve always had to make corrections to our readings for it to be effective.

The reason we have daylight saving time, for example, is the amount of daylight time isn’t consistent throughout the year – it’s different in the winter from what it is in the summer – and doesn’t always match our working days. But how has time-telling progressed throughout history and how good can it get?

Throughout the year the length of the days changes, as do the locations where the sun rises and sets on the horizon. There are also variations in the location and height of the sun during a day, with its peak height indicating that it’s midday.

Knowledge about these markers helped humans create the first sundials to tell time (by tracking shadows on the dial) thousands of years ago.

But time comes in many definitions. Using a sundial, you determine the local solar time at your geographical location. This varies a lot given that the Earth is a sphere.

If it’s midday in London, the sun is highest in the sky, but, simultaneously in New York it is much further to the east. As a result, longitude becomes important when comparing such times.

Even in the United Kingdom this difference amounts to 40 minutes when comparing the furthest locations east to west.

The politics of time

The longitudinal variation in solar time was used for navigation but it also caused a huge number of problems when establishing a rail network in 19th-century UK.

To ensure you knew when to expect a train, timetables needed to refer to a single time. At this point, a unified time was created to ensure all of the UK used what would become Greenwich Mean Time (GMT). This idea developed further to create the now well-established time zones.

But the time zones seem to have been drawn up rather randomly in some parts of the world. This results mostly from the idea of unifying times in common trading and political regions.

The sun was also long used to set clocks. To do that, only a single instance in time was needed to be marked: the middle of the day. This was achieved through meridian sundials, which have a small opening and a line exactly oriented north-south, the meridian. If the line is crossed, it is local solar noon.

However, even this ingenious method needed correction. The sun does not appear to move at a constant speed across the sky.

Both the elliptical orbit of the Earth around the sun and the tilt of the Earth’s axis against the orbital plane lead to the sun running over or under its average position throughout the year.

The time we actually use on our clocks assumes a smooth and mean position of the sun, so we refer to it as the “mean solar time”. The offset between these two times is captured by what is termed the equation of time.

Later on we started to set our clocks by visual cues, signals via telegraph and later broadcasting of time signals via radio. Today we can use GPS to do it.

After realizing all this complexity of deriving the correct time from the sun’s position, the definition of time based on atomic clocks (International Atomic Time – IAT) seems perfect.

These are based on the near perfectly repeating signal that electrons in atoms emit when they change energy levels – allowing us to avoid relying on the sun’s variable position.

As a result, we should have solved our problems of what the correct time is – we could use an atomic clock instead of Greenwich Mean Time and just add on the time zones.

But since 1972 we have included what is known as the leap second to maximize sunlight by accounting for small irregularities and slowing of the Earth’s rotation when we measure Greenwich mean solar time. This marks a slow mismatch between the time measured by atomic clocks and the mean solar time at Greenwich.

Leap seconds are introduced either at the end of June or December as they are needed. This checking of the clocks is carried out by The International Earth Rotation and Reference Systems Service.

The agency uses radio telescopes linked together over extremely large distances observing very distant objects known as quasars to measure the exact position and orientation of the Earth.

Since 1972, we have already added a total of 37 seconds at irregular intervals, which is quite a lot. This means relying purely on atomic clocks isn’t sustainable. We would be ending up half an hour wrong in 700-800 years – ultimately affecting when we want darkness to set in.

So after all our efforts in finding the right time, checking the sun and creating atomic clocks, we still rely on the sky. Rather than using the sun, we use distant radio sources in our universe that astronomers observe to inform us how much our time differs from the perfect construct measured by the atomic clocks.

In the end we still have to make sure that the time we define matches our everyday experience of day and night and the rhythms defined by the sun seen on Earth.

And perhaps it’s good to continue thinking of time as relative. If we want to live on Mars and beyond, we’ll have to create a time that accounts for the days and years being different.

Read next: A nostalgic look back at digital music piracy in the 2000s