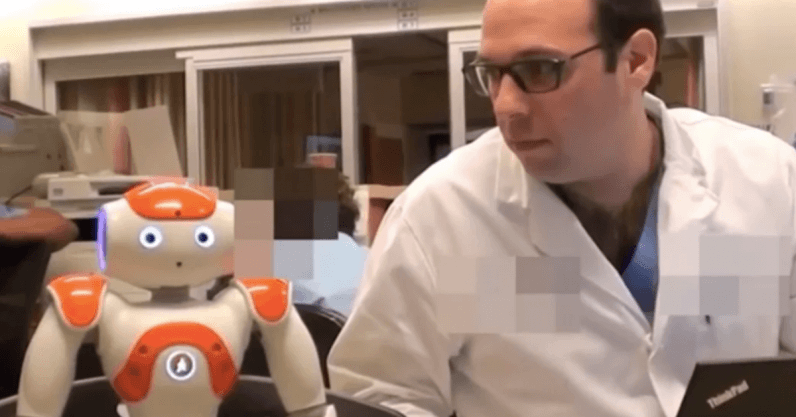 Instead of looking up at the sky to see whether you need an umbrella, people increasingly ask virtual assistants such as Alexa. And they may be wise to do so.

AI methods are powerful – capable of anything from analyzing astrophysical data to detecting tumors or helping to manage diabetes. An algorithm that analyses shopping patterns recently detected that a teenage girl was pregnant, earlier than her father did. So could childbirth be next for Al?

The most popular AI subset is “machine learning”, which allows a machine to learn a task without being explicitly programmed. This is achieved by algorithms that are designed with the ability to discover relationships within large amounts of data.

Just imagine an AI system that can continuously read maternal and foetal movements, breathing patterns and bio-signals such as heart rate or blood pressure – and reliably identify crucial individual patterns in the physiology, emotions and behaviors of both mothers and fetuses – during childbirth.

Through learning day by day, it would get more accurate at determining which combination of patterns would lead to which outcome. Could such a system be used to suggest what to do during labour, minute by minute, with excellent levels of accuracy – including whether to go ahead with a vaginal birth or opt for a caesarean section?

Maybe this could even reduce unnecessary interventions and maternal mortality, in line with WHO recommendations. If a simple reduction in interventions is the aim, AI could be very promising, in theory.

Some supporters will say that such a system would save lives and taxpayers’ money. Others will be horrified at the thought, feeling that it will result in a total loss of human companionship in labour – and of midwifery and obstetric skills and practice.

But how close are we actually to having AI involved in childbirth – and do we know whether it would be beneficial?

A group of researchers from MIT have already developed an AI robot that can assist in a labour room. In their study involving doctors and nurses, they found that the robot’s recommendations were accepted 90 percent of the time and that the number of errors were similar whether the robot was there or not. On that basis they suggested it should be safe and efficient to use AI during childbirth.

However, this also raises the question – if the technology is no better than human expertise, why would we use it? Especially as humans pick up a range of subtle cues that machines cannot perceive.

For example, a clinical trial called INFANT showed that the use of software that was designed to improve the decision making of midwives and obstetricians for women who had continuous electronic foetal monitoring during labour did not improve clinical outcome when compared to expert judgement.

So, it may be some time before AI is rolled out in maternity units. But we cannot ignore the writing on the wall – the potential for totally AI supported birth is not so very fantastical.

But birth, the beginning of life, is not a transactional enterprise that only requires monitoring and measuring to be both safe and fulfilling. It is an interaction story between the woman, her baby, her partner, labour supporters and healthcare providers.

For most women around the world, it is a profoundly important experience that has an impact on parenting and self-esteem – lasting way beyond the moment of birth.

It was recently recognized that caring companionship and human emotional and psychological support not only improve birth health outcomes for both women and infants, but could have long term effects into newborn’s adult life. And current versions of AI are not actually that good at understanding human emotions or talking to people.

As we are focusing more and more on the prioritization of measuring, monitoring, counting and recording in labour over simple human interaction, and as we fall more and more in love with our personal technology devices, there is a risk we could lose sight of what matters for human well-being in a range of areas. In fact, we are making it easier and easier to translate childbirth expertise into an Alexa-style birth assistant interface.

What will happen to women and babies if, as a result, AI one day becomes so smart that it controls us? Maybe, if AI could be used as an aid for skilled and caring birth professionals and childbearing women – rather than as the ultimate decision maker – it could contribute to the best and safest experience for each woman and her baby.

At the moment though, it seems like no matter that prominent thinkers such as the late Stephen Hawking and tech-entrepreneur Elon Musk have repeatedly warned of the potential risks of AI, we are on a headlong rush towards it. While it is impossible to stop a river in spate, it is possible to reroute it, and to use it for benefit rather than just letting it destroy everything in its path.

Read next: Day 9 of TNW’s Advent Deals: Bose headphones and a Nest thermostat