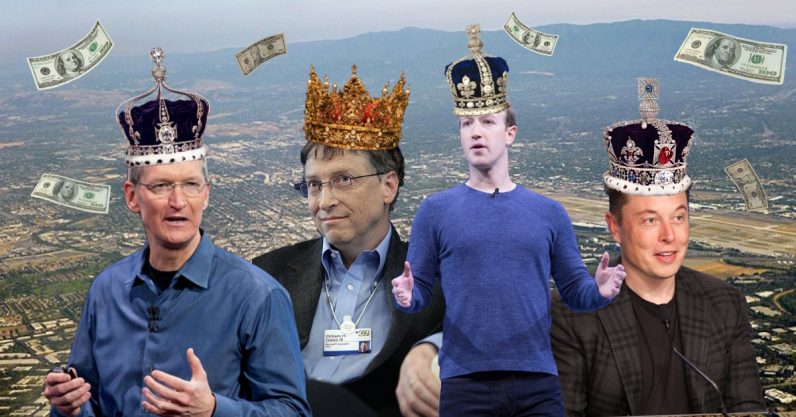 Silicon Valley is basically this American generation’s Detroit. It’s a business hub, an economic engine, and the stuff we’re most proud of producing comes from there. We deify all the Silicon Valley bullshit.

But what if this is all leading us down the wrong path?

Let’s analyze this through a couple of quotes

First up: Chamath Palihapitiya, the founder of Social Capital (former exec-level dude at some tech firms). He talked about “failing fast” while speaking to Stanford Business School students.

“Fail fast” has become the conventional wisdom of Silicon Valley. And when it comes to consumer businesses and apps, that makes sense, says Palihapitiya.

Consumer internet businesses like Facebook are about exploiting psychology, and businesses need to fail fast to keep pace with the shifting tastes and desires of consumers. But that formula doesn’t work for “anything that really matters,” he says.

Yep. Let’s do one more while we’re here:

“When you unpack it, what you realize is that fast money returns can completely decay long-term thinking and sound judgment. Moderate growth, moderate compounding, that is the key. That is gold.”

Could you imagine an executive having to present to a group and talk about “moderate growth?” Some of those guys would probably commit suicide before doing that. I’m not kidding.

Except for Apple and a host of companies, none of the money in Silicon Valley is real. It’s valuations and growth metrics. It’s what could be there, essentially. That “growth culture” — 10x! — is very associated with Silicon Valley. That’s not necessarily a good thing.

It’s hard to think about the human consequences of technology as a founder of a startup racing to prove itself or as a chief executive who is worried about achieving the incessant growth that keeps investors happy. Against the immediate numerical pressures of increasing users and sales, and the corporate pressures of hiring the right (but not too expensive) employees to execute your vision, the displacement of people you don’t know can get lost.

Let me try to make this as clear as possible.

The culture of Silicon Valley is driven by engineers and people who generally seek efficiency in doing things.

The states that helped Trump win the election? All states with high job loss. He spoke of jobs often.

The correlation is there.

Automation is going to cripple us because it occurs at this intersection:

Much of this “friction-less efficiency” is, in fact, driven by Silicon Valley (and other tech hubs).

But tech is unavoidable, right?

For sure. You can go live in a cave if you want. But it’s probably not wise.

But instead of deifying tech, we should think about tech.

No one really seems to think this way.

In every job I’ve had, the thinking is always:

This is software becoming shelf ware. It happens because we deify tech. We just assume tech will solve our problems. It’s not always true. You could actually argue it reversed some industries, i.e. recruiting.

When you ask creative people how they did something, they feel a little guilty because they didn’t really do it. They just saw something. It seemed obvious to them after a while; that’s because they were able to connect experiences they’ve had and synthesize new things.

And the reason they were able to do that was that they’ve had more experiences or they have thought more about their experiences than other people. Unfortunately, that’s too rare a commodity. A lot of people in our industry haven’t had very diverse experiences.

Look at some of the experiences in Jobs’ life:

You think some bro coder trying to get acquired has “lived on an apple orchard?” No. He’s lived in a walkup in San Francisco working overnight on his “net promoter score disruption” app.

The sameness of Silicon Valley — white, male, capitalist-driven — will eventually doom it.

Detroit’s on the rise now, but it was a shit show for a long time. The same thing will happen to SV.

Now can we cease the deification for a second?

This article was originally published on Medium.