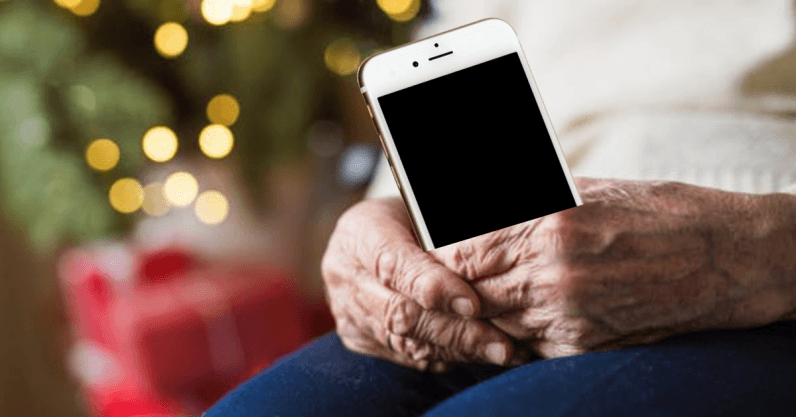 While loneliness is experienced by all ages, it’s especially pronounced in older people. In the UK, 51 percent of all people aged 75 and over live alone and approximately 6 percent of older adults leave their house once a week or less. An increasing proportion of these older adults live in rural areas.

In an age when services and information are increasingly available online, might technology play a role in addressing loneliness and social isolation?

Our research was conducted in South Lakeland – a rural community of Cumbria in Northern England. Residents aged 65 years and older account for 24.2 percent of the population here, against a national average of 17 percent. While there are two towns, the majority of the population live in villages, hamlets and isolated dwellings.

We ran 26 workshops and conducted 93 interviews over a period of two years with people living in the area who were aged 65 years or older and with staff and volunteers that work for the government and charities. Our study tried to find out what older adults do to maintain social interaction, how they plan for it and what role technology could play to help them.

We found that older people believe meeting face-to-face with people is especially meaningful compared to telephone and online interactions. Take the example of Jack, who is 80 years old and who lives in a rural village.

His wife had a spinal stroke recently and doesn’t like him leaving her alone at home for more than a few hours each day. He actively looks for social opportunities outside the house and has joined exercise classes and organized a monthly lunch for friends. This gives him a chance to relax and alleviate the burden of care and his story shows the value of regular activities to older people.

Crucially, we found that being socially connected means more than just knowing what is taking place, as Margaret explained:

If I do find out something is going on, I then need to find out how to get there, what the facilities are, what the weather will be and who else might be going.

How technology can help

Transport, weather, daylight, and toilet facilities all determined whether our respondents could get out and enjoy themselves.

Public transport was a popular choice for people in the district, but was said to be plagued by limited routes, infrequent services, long journey times, and high costs. The different transport providers also make their timetables available separately and in different formats.

As a result, social events were often inaccessible. Traveling during the winter months by car was difficult due to the distances and dark country roads. While planning to attend an event, many wanted to know the weather forecast and if they would be home before dark.

They also liked to know about toilet facilities en route and at the venue. They wanted to know the distance and route they would need to walk from the bus stop or car park. Without these assurances, social situations were difficult to plan and manage.

One striking statistic provided by the charity Age UK South Lakeland suggested that only 17 percent of their clients currently access the internet. As Jack explains:

Family and friends often use technology to find out things for me when I am stuck. However, most of my friends do not have internet access. They did not use technology in their working lives, as they were either farmers or manual workers. They still just ring people up or ask their children or grandchildren to use technology for them.

Technology can help, as long as it focuses on helping older people with overcoming the concerns that hold them back from meeting people outside the house. Using the insights from the research, we developed an app that draws on open data about events and volunteering opportunities nearby.

Older people can create user profiles to set their preferences for events according to cost and location. They can then review the transport options and routes to the event on an age-friendly map which includes the location of bus stops and car parks as well as nearby toilets and benches.

If they select an event they want to attend, it’s recorded in a calendar. The app can also be accessed by family, friends or carers who can search and plan on their behalf. This allows for the app to also be beneficial to older adults that do not have internet access.

But, even with this support, it’s striking how few listings of events and transport options were available for older people over the festive period. Without more efforts to remedy the crisis of loneliness and isolation in the elderly, the festive season may still be anything but a season of cheer for many.

This article is republished from The Conversation by Niall Hayes, Professor of Information & Organization, Lancaster University under a Creative Commons license. Read the original article.