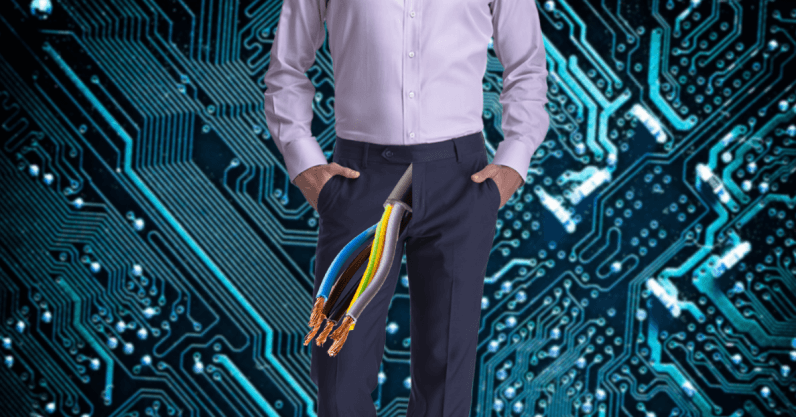 This article was originally published on SEXTECHGUIDE, an independent publication that looks at the intersection between sex and technology in a non-explicit, as close to a ‘safe for work’ way as possible – including app reviews, adult VR info, sextech devices, privacy, security issues, and much more. It was founded by ex-TNW European Editor Ben Woods, and can be found on Twitter and Facebook.  An implant inserted near the pelvis to deliver “on-demand” vibrations is in development by American biohacker Rich Lee.

Designed for men, the Lovetron9000 device will be inserted beneath the skin of the pelvis to “enhance the shared experience of lovemaking, emanating a passionate vibration that connects you to your partner,” Lee says.

Lee from St. George, Utah, has spent $15,000 developing the toy – although is yet to sell one or use it himself.

“We’re the first movers [in the biohacking field],” he told Bloomberg. “But as the technology becomes more mainstream, there will be potential uses for pretty much everybody.”

The Lovetron9000’s main purpose is to provide stimulation during sex for both partners. It will provide a range of speeds and vibrations, which can even be synced to your favorite music. The device is implanted in less than 15 minutes and is ready to use two weeks after the installation.

Once installed, it’ll offer a range of textures, speeds, and vibrations. It also has a special feature that syncs the rhythmic vibrations pulsing from your body to music. It uses a wireless inductive charger to provide power, and needs only 20 minutes charge for 30 minutes of use.

Biohacking, also known as body-hacking or do-it-yourself biology, is the science of technology aiming to enhance biology (and essentially speed up the process of evolution). Uses for biohacking include bionic limbs and identification purposes (to store your medical ID information, for example) alongside under-the-skin implant technology.

Lee currently has two microchips in his hands that can send messages to a smartphone, magnetic implants in his ears that link up to GPS, and a biothermal sensor in his forearm to measure temperature.

He spoke at this year’s Bdyhax conference in Austin, Texas, where people in the business including extreme biohack enthusiasts – commonly known as “grinders” – meet to discuss micro-chipping and human augmentation.

In 2017, Swedish start-up hub Epicenter implanted willing employees with microchips to replace ID passes and cash cards. Another Wisconsin company did the same with 80 members of staff last year.

As biohacking edges closer to the mainstream, issues around security and data protection are a big talking point. While some biohacking advancements may help those who really need it, implant devices like the Lovetron9000 show some of the potential future applications of how sextech could become even more personal.

Read next: This is how I started a successful B2B tech company