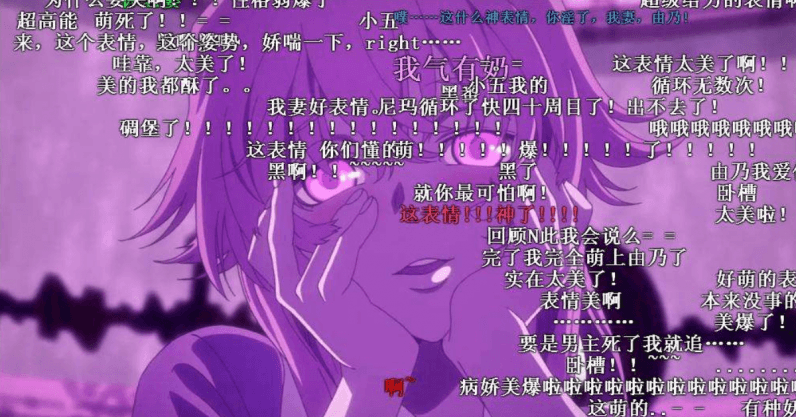 Ideas are mysterious things. Sometimes the worst ones smell like solid gold, sometimes the profit-driving powerhouses masquerade as giant turds. Telling the difference, it seems, takes a certain measure of psychotic genius. Where, for example, is the hazy boundary of brilliance that separates the Slinky from, say, Picnic Pants?

Maybe I just have no vision, but if you’d asked me to guess which one of the two was going to sell a few million units, I’m telling you right now, I would have guessed wrong.

“Hey, I know,” said someone in a design meeting once. “How about we let users post live comments as they watch their favorite shows. Then we could scroll those comments across the viewport so they cover the entire screen, like a curtain of enthusiastic verbal abuse?”

“HAHAHAHAHAHAHA!” laughed alternate reality me, “Who hired this asshole?”

That’s right. That’s a conversation between hundreds of users, laid over the top of a video player, while the video is playing. Someone implemented that. Someone institutionalized that chaos, and what’s worse, they did so with great success. The feature is called danmu(弹幕), and it’s the hottest thing going in Chinese streaming media UI.

I’m not even sure there’s a standard English word for it, but it was dubbed “Barrage Video” in a 2016 study out of Jilin University. The name is apt.

It does kind of feel like your sense of UX decency is being pelted with explosive rounds. Or rather, it’s like trying to watch TV while having multiple personality disorder. Or like sitting in a movie theater with 300 day-traders in the middle of a stock market collapse. It is a cacophonous distraction so completely effective, so all-consuming, that it totally overwhelms the page’s primary function.

“Ugh,” said Jess, yet another voice in the echo-chamber of Western danmu haters, “The first thing I do is turn them off.”

And yet, Chinese video sharing platforms can’t add the feature fast enough. Beyond the video sharing websites specifically focused on danmu, they’re also available on China’s mainstream Youtube equivalents, Youku, Tudou, iQiYi, Sohu TV and others. Yeah, and not just “available” via some backwoods control panel, either – in many cases, they’re on by default.

When did this abomination happen?

From Japan, you ninny. Always from Japan. And like so many other horrors, this one came straight out of Otaku culture. Danmu first made their way to the China market through anime video fansites AcFun and Bilibili (affectionately referred to as A站 and B站 respectively), and quickly thereafter spread to sites like Tucao 吐槽, and from thence on to the rest of the videoverse.

The concept wasn’t born in a vacuum.

In terms of user experience, Asian TV pioneered the contextual animated overlay well over 20 years ago, so Eastern audiences are well-acquainted with the idea of consuming a single program from multiple perspectives.

If you’ve ever watched Japanese talk shows or sitcoms, you know what I’m talking about – the primary conversation rolls merrily on while hand-drawn doodles pop on and off the screen, turning the whole thing into a mishmash format of part live action, part manga.

An illustrated bird flaps in and craps on someone’s head, thought bubbles appear and disappear over the family dog, Bachelor Number 2’s cartoon heart breaks. These little additions function as supplemental commentary, enhancing emotional undertones that were originally quite subtle, or adding layers of meaning that were never present at all. It’s like, yes, you’re watching the show. But you’re also watching the show watching itself.

In terms of content, danmu culture is really just another manifestation of egao (恶搞), a rather vague concept that “indicates an online-specific genre of satirical humor and grotesque parody circulating in the form of user-generated content.” 1

Memes, in other words. And much like 4Chan or Buzzfeed or any other popular community, danmuculture has given birth to its own dialect and rules of etiquette. Spoilers abound (<—– He dies in the end!) and ASCII art is common.

Couple of weeks ago, I got a coffee with Saber Zou, the creative brain behind Co-Designer studio, and in my opinion, one of the best UI minds in the country.

“Dude, what? No, it is not fun. It is the absolute worst. It is the worst thing there is.”

But Saber was not to be swayed. He’s thinking of basing his next 20% project app around a danmu function, in fact. What makes it great, he says, is the sense of community.

It’s like you’re watching TV with a rowdy crowd of your funniest friends, some kind of participatory live-action episode of MST3K. If the audience is really on point, the danmucan end up being way more interesting than the show itself.

And for the most part, it seems like China’s 80后 and 90后 user generations – those born in the 80’s and 90’s – agree with him. A perusal of Zhihu (China’s Quora) and forum threads turns up an overwhelmingly positive response from respondents. This thread asks “Does anyone think danmu are super annoying?”

I’m not saying every Chinese user drank the danmu Koolaid, but make no mistake, this garble of visual white noise is a beloved feature of online video in the Chinese youth market. No question. The only real question is “why”.

I have a theory.

At the beginning of May this year, Tantan (China’s Tinder) partnered up with Netease News to release the results of a user survey profiling China’s “Empty Nest Youth” 空巢青年 – young, unmarried singles living alone. The survey painted a portrait of an urbanized generation reasonably stable but emotionally adrift:

On the one hand:

Those stats in themselves are interesting, but what caught my eye is this: Match.com did one of their own. Yes, the survey explored sex and dating, but they also asked about loneliness, which by whatever metric they’re using, clocks in at around 57%. Compare that with China’s 68%, and Empty Nest Youth, it sounds like, are 11% more lonely than their Western counterparts. Huh.

As always, the numbers are easy to scrape together, the concrete “why” less so. I’m not convinced that the 11% differential, or even the terrifying lack of sex this market segment is having, necessarily accounts for the popularity of danmu, but it does explain a certain isolation, a need for closeness and validation. Other cultural elements certainly play a part, like the Chinese concept of renao – the idea that fun is not being had unless it is being had loudly and en masse.

What I can tell you is that this is a trend on the upswing, and it’s not going anywhere anytime soon. Video blogging platforms are starting to lean heavily on danmu as the primary communication methodology between live-streaming channel hosts and viewers: hosts talk or sing or tap-dance or whatever, and react to danmu comments as they appear. There’s talk of building danmu-enabled movie theaters, even. You’ve been warned.

It’s hard to evaluate UI elements built for a target market that does not include you, but if I’ve learned anything on this side of the firewall, it’s to reserve judgement on alien-seeming features until I’ve spent some time dorking around in the ecosystem that supports them. I guess I feel like UI elements can’t be assessed out of context. It’s like trying to determine dinosaur skin pigmentation by staring at a pile of fossils.

Anyway, a few days ago, armed with all this backstory, I cozied up to iQiYi and left the danmu on. I think I get it now. I’m not a fresh-faced Chinese college student, but I get the appeal.

To my eyes, the driving factors behind the popularity of danmu are the same factors that make any social-driven interaction successful: validation, of course, but also the little flame of hope that we’ll skip a pebble out onto the cesspool and someone out there will skip one back.

Read next: Singapore's financial regulator wants its banks and blockchains to be friends