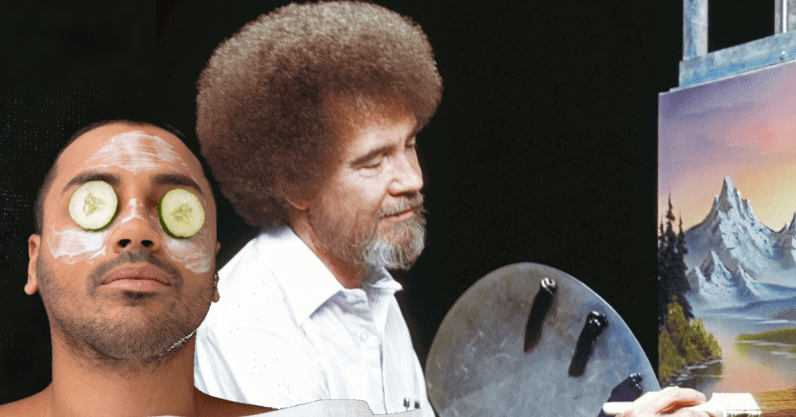 You may know “ASMR” as the niche genre of YouTube video which people watch on tablets and laptops to help them relax, perhaps before bed or in the lull of a Sunday afternoon. These videos typically involve someone role-playing a mundane professional service, such as giving you a haircut, a massage, or booking you in for a doctors’ appointment.

The role-plays are usually performed in whispered voices, with the “ASMRtist” (the term for the creators of these videos) focused on building a feeling of intimacy and emphasizing any crisp sounds or slow hand movements. But what exactly is ASMR, and why do people watch these videos?

Although ASMR has been adopted as the name for these kinds of videos, it actually refers to the sensation that they are designed to induce: Autonomous Sensory Meridian Response. It is a pleasant tingling sensation that usually begins at the top of your head and spreads down your body.

If you don’t experience it then it can be hard to describe, although it’s not too dissimilar to goosebumps or the “chills” you may get when listening to an epic piece of music or inspirational speech, or when gazing on an awe-inspiring scene.

It often stems from incidental triggers in everyday life. I used to experience it is as a child when having my feet measured by a shoe shop assistant.

This is a good example of a scenario that contains multiple common ASMR triggers: a gentle, soft-spoken voice, precise and expert hand movements, and a sensation of being paid close attention to, but in a somewhat objectifying and professional manner. ASMR videos exaggerate and combine these triggers to attempt to induce ASMR in viewers.

It’s worth noting that ASMR videos are not actually that “niche” – some of the most popular ASMRtists have over one million subscribers, and some of their most-watched videos have over 20m views. However, the prevalence of ASMR is difficult to estimate.

Surveys asking whether people experience ASMR disproportionally attract the attention of those who do experience it and seek out information on it. Other people may experience it but be unfamiliar with the terminology, and know it as “brain tingles” or “head tingles”.

Many ASMR videos have more in common with instructional videos or craft-making demonstrations. Indeed, the Bob Ross painting series, The Joy of Painting, from the 1980s is an unintentional ASMR classic.

What does ASMR do to your brain?

The popularity of ASMR videos may be due to their potential health benefits. Aside from being a pleasant sensation, many people who watch ASMR videos say it helps reduce symptoms of depression, anxiety and insomnia.

The thriving ASMR reddit contains testimonies of people who are thrilled that they can consistently trigger the sensation and its associated benefits by watching ASMR videos when they feel stressed.

Our recent research suggests that these claims are plausible. In a controlled experiment, in which people who experience ASMR watched these videos, they reported feeling much calmer and their heart rates slowed.

The effect was comparable to that found in mindfulness exercises which psychologists recommend, such as interventions in which patients are encouraged to accept emotions rather than suppress them. Survey research suggests that the most common motivation for watching ASMR videos is for the mental health benefit of aiding sleep and reducing stress.

However, one of the obstacles to ASMR as a therapeutic tool is the differing extent to which people experience ASMR. Some people do not experience it at all, and others may only experience it in response to certain triggers, or in certain situations. More research is needed to find out under which conditions ASMR is strongest and most reliable.

At the moment, there is a lack of scientific research explaining the origins of ASMR, although there have been interesting suggestions for possible avenues to explore. Could ASMR be something like the opposite of misophonia, a condition that makes people experience negative reactions to lip smacking, eating or slurping sounds?

Alternatively, feeling a tingling sensation from triggering ASMR sounds could be related to synesthesia – the ability of some people to experience stimuli in multiple ways, such as associating certain sounds with visual colour.

Despite the popularity of ASMR, the scientific community is only just beginning to recognize it as a worthy phenomenon to study. There is much that we don’t know about ASMR, but our early findings suggest it could be an effective tool for people who experience it to reduce stress in the digital age.

This article is republished from The Conversation by Thomas Hostler, Lecturer, Manchester Metropolitan University under a Creative Commons license. Read the original article.

Read next: Nintendo will reportedly launch an upgraded Switch next summer