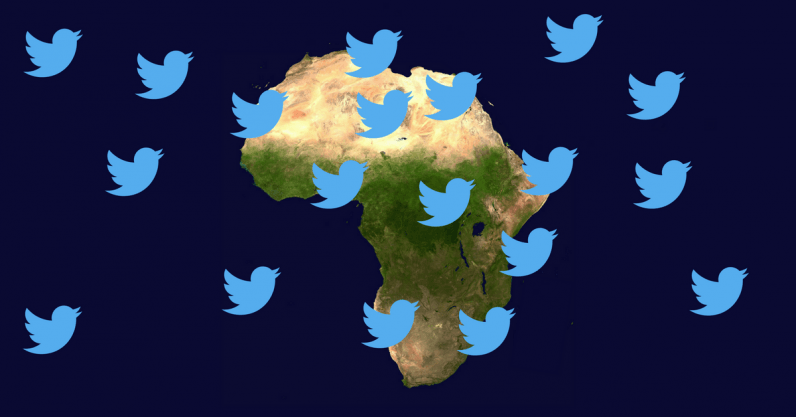 The latest “How Africa Tweets 2018” report by Portland, an international strategic communications agency, has revealed that during elections in Afrikan countries, over 50% of those tweeting about them are from outside the country where elections are taking place. The report, which is in its 4th edition, analyzed thousands of Twitter users to determine their location and profession.

The analysis involves looking into the most influential voices driving Twitter conversations during 10 of the most recent elections in Afrika.

“Our study is the first of its kind to systematically analyze which influencers are shaping the debate on Twitter during African elections. It reveals a complicated space in which multiple voices – often from outside the country in question – have an impact. For any organization wanting to engage its target audiences and shape conversation in Africa, Twitter remains an influential platform to engage institutional voices around key moments,” said Robert Watkinson, Partner for Africa at Portland.

The report’s findings come from Portland’s assessment of the top hashtags used during elections in Angola, Egypt, Equatorial Guinea, Kenya, Lesotho, Liberia, Rwanda, Senegal, and Somaliland between June 2017 and March 2018 and analyzed the influencers of those conversations.

Who tweets during elections?

Media outlets, journalists, bots and accounts campaigning for a cause or issue – such encouraging women to vote – were found to be the most influential voices on Twitter during the elections. According to the report, politicians, and political parties were less influential, accounting for less than 10% of influence in 9 of the 10 elections studied.

Portland also looked into the role that Twitter bots play during elections and as revealed in the report, bots were active in tweeting during each of the elections analyzed.

Here are some of the key findings from the report:

With elections still to come in 2019 for Afrika’s two largest economies, Nigeria, and South Africa, it will be important to keep an eye on how Twitter is used in some cases to influence narratives around elections.