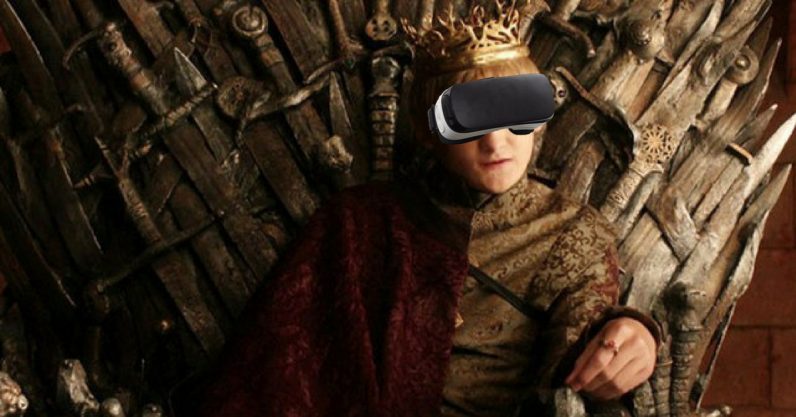 Virtual reality may still feel a little like the brash new kid on the block, but its origins can actually be traced back as far as the 1860s. Even if we think about familiar VR tech, the first head-mounted display (HMD) was already available nearly 50 years ago.

The barrier to entry for VR and augmented reality (AR) continues to be adoption. With so many false dawns, will VR as a mass market ever take off? If we still believe it has a sustainable future, who or what is going to move the dial and how will it be achieved?

We spoke with Hadrien iLanvin, board member and CEO of Innerspace VR, about the sector’s ongoing evolution. We discussed developments surrounding devices, content and the people at the heart of VR. We also talked adoption of the tech by business.

Lanvin says that big companies, startups, and academia must come together to make VR work. He feels that first, it is important for content creators and established technologies to work together and then academics must be brought closer to actual production and markets.

Expanding on this he says,

They are at the frontier of what is available at the moment —  which is already science fiction —  but they’re way ahead. People are wondering where the next Bill Gates or Steve Jobs is going to emerge. From an entertainment point of view, I’m asking myself where’s the next Spielberg or James Cameron is going to come from. What I know for sure, is that he is not going to come from traditional filmmaking. I think that VR and AR are the most promising fields in which the next James Cameron or Steven Spielberg is going to emerge from.

Despite the fast-evolving nature of the technology, some might think that there is still no VR market as such. But that is not true, according to Lanvin. He says that when you enter a space you have to be “sensible” about the state of the market as it exists. He admits that although VR has some way to go, patience is required.

“The technology is in its infancy today,” Lanvin says. “But it’s not relevant to treat the VR market by the same standards that you would treat a much more mature industry. At the same time, you have to consider that this means there is huge room for opportunity. So, scale accordingly to the size of the market today, but bear in mind that the opportunities are going to be tenfold in the coming years.”

Why this is an amazing tech

What will drive the VR space and usher in future developments? According to Lanvin, it will be the “convergence of everything.” He says there are investors in the VR space right now looking for seed investment in startups. Maturity will set in over time and it is still early days as far as the tech goes. He describes the challenge as working out “what’s the best use case for each vertical of virtual reality? That is probably the biggest challenge right now — how do we make the best use of this amazing tech?” There is no doubt that he is a firm believer in VR’s potential, explaining, “There is no going back after you have tried VR.”

Lanvin is not scared by the slow adoption of VR. “We haven’t reached the tipping point where, in some industries, people are going to say ‘well, from now on this is how we’re going to do things – because VR or AR helps us do things in such a superior way to what’s been done previously and that’s there’s no coming back’. We’re not there yet but, thankfully, we’re getting there with some companies at the forefront of this innovation — both in the tech and in mindset,” he argues.

Innovative uses of VR and AR are to be found even today. Coca-Cola is testing AR in their bottling plants to improve quality control and increase efficiencies, while Audi has already changed customer interaction at their dealerships with the use of VR technology.

One of the most pressing questions people ask about the space is who is going to adopt VR first – consumers in the entertainment space or businesses?

Lavin foresees very fast growth in the b2b market and believes that there are a lot of “very profitable” companies already in that sector. According to him, development is slower in the entertainment space, and as such, it is difficult for him to predict when the adoption rate is going to explode in this area.

He also points out that there are deep-seated differences between VR and AR that matter as well. “We keep on comparing them because they use the same type of headsets and the same technology but, frankly, they are so different that I don’t think it’s really very relevant to compare the two right now.”

Skills that will matter to VR

On what kind of skills people hoping to enter the industry might need, Lanvin explains that existing skills should be built upon. He says, “if you’re an entrepreneur today and you enter the space, you should probably build on your own skill sets rather than try to look for another opportunity just because the market is there.”

Again, the skill set you have today is, up to a point, relevant for VR and AR. Just because VR is considered a disruptive technology, it doesn’t mean that everything you’ve learned before suddenly becomes irrelevant. You have to build on top of the skillset you have. That means that you have to change your mindset or, at least, get an understanding of how VR can help give new meaning to the skill set that you already have.

He does stress the importance of having a working knowledge of low-level programming for world-building, and a penchant for user experience and design. He gives the example of a spreadsheet. The cells in which you input numbers work just fine on a regular monitor.

However, transposed to VR, you have to create perhaps a “world of numbers” and for that, you need a design that is “much more present to your mind”. It is important that B2B users feel like VR/AR is a worthwhile experience, and not like being in a headset prison.

All things great and small

While the headset makers for VR are generally big companies, there are also a lot of smaller entities operating in the VR market. As for who will emerge as prime movers, Lanvin thinks it is hard to make a prediction.

“More and more big and established companies are entering the space just because they have the footprint to mass produce the technology and the hardware,” he says. “In terms of the content that you put in those headsets, either content for entertainment or applications for b2b, startups are really shaking up the place.”

Companies like Dream Reality Interactive, founded by VR and AR reality developers previously working with Sony’s UK studio, are churning out games and experiences. Then there is DigitalBridge, a company that uses AR to let customers customize their homes with the decor and furnishing of their choice.

Lanvin also feels that there will be significant collaboration between technology makers and content creators.

“Both need each other —  the headset needs content to be exciting for the consumer and the creators need the tech, and the evolution of tech, to produce their amazing and sometimes crazy ideas,” he concludes.

Read next: Learn to run a Cisco network with this Cisco-approved certification training for just $59