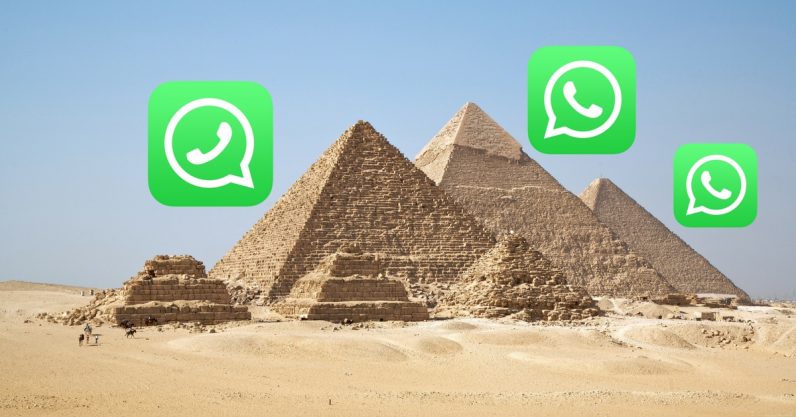 Egypt has announced a new hotline for citizens to report fake news. Launched on Monday, 12 March 2018, the hotline will run on WhatsApp and will allow to citizens to report news that aims to “to endanger the nation’s security or public interests.”

The announcement was made through a statement by Egypt’s General Prosecution office.

“This comes to apply the orders of the Prosecutor General Nabil Sadek to monitor what is being published on different media outlets and social media websites,” reads the statement.

Since 2017, Egyptian authorizes have been blocking Qatar-linked online publications such as Al-Jazeera, The Huffington Post Arabic, Qatari News Agency and more, the reason given by the country’s government is that the publications “fabricate news” and also incite terrorism.

This has continued in 2018 where the government of the North Afrikan country has come under criticism for continue to block a number of news outlets which include The New York Times, The Washington Post, and CNN, these have been inaccessible to mobile users in Egypt since the beginning of the year.

Egypt’s citizens can report any of the fabricated news violations by sending messages to the General Prosecution office via the Whatsapp hotline.

This comes as the communications committee of the Egyptian Parliament has been discussing articles of a government draft law to counter IT-related crimes. Reports coming from Egypt are that the committee has agreed to its article seven, which regulates the blocking of websites based inside and outside of the country.

Many people continue to criticize Egypt’s stance regarding news websites saying it amounts to media censorship. The new law now also likely gives authorities carte blanche on websites to ban citing fake news and state security as a reason, whether that is actually the case or not, is debatable.

It also remains to be seen how they will be able to enforce this given how citizens can use VPNs to bypass this.

Read next: PRINCE2 will have you leading and managing any project like a boss for only $19