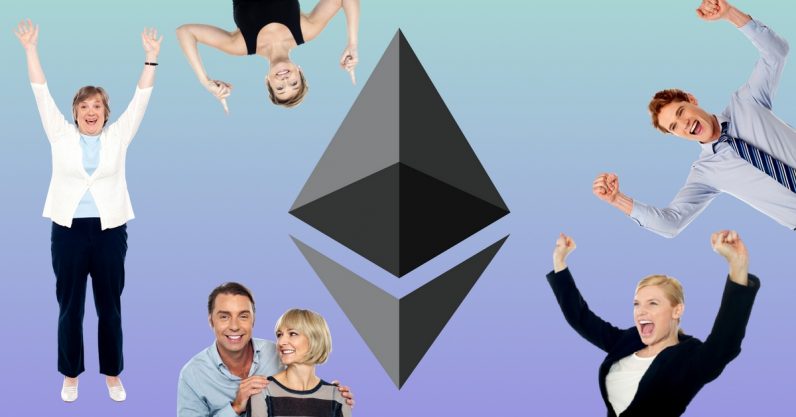 Binary District spoke exclusively with Vlad Zamfir, a researcher at the Ethereum Foundation; and Sergey Gorkov, chairman of the government-owned Russian development bank Vnesheconombank.  Both discussed some of the most pertinent topics in Ethereum – scalability, lack of incentives for core blockchain developers, the potential of blockchain technology in the financial sector, and responded to criticisms of Ethereum.

Bitcoin is primarily used as a safe haven asset and a store of value. The Ethereum blockchain network, on the other hand, is being adopted as an infrastructure for decentralized applications and autonomous smart contracts-based platforms by an increasing number of multi-billion dollar conglomerates and financial institutions.

Scalability and lack of incentives

Many Fortune 500 conglomerates, including Microsoft, JPMorgan, ING, Intel and Spanish banking giant BBVA, have adopted Ethereum to automate certain operations and create decentralized applications on top of the Ethereum protocol. The success of Ethereum in traditional industries is the result of an increased effort to bring Ethereum to the mainstream – specifically through the formation of the Enterprise Ethereum Alliance.

Although initial coin offerings (ICOs) and independent blockchain projects have created many millionaire Ethereum developers, Zamfir explained that most Ethereum core developers earn salaries that are much lower than the market standard.

“I agree with the general statement that core developers are not sufficiently incentivized”, he noted. “ Some Ethereum developers are paid by the Ethereum foundation, but at what are now below-market salaries.”

“I think core developers provide a huge amount of value as a public good”, added Zamfir. “Public goods are inherently difficult to fund because the non-excludable nature of their benefits means that even those who don’t pay get to enjoy the benefits.”

As Coinbase co-founder Fred Ehrsam previously explained in his analytical blog post, most core developers in both Ethereum and bitcoin rely on salaries that are much lower than market standards; their main incentives are the value of the native tokens such as Ether.

In order for Ethereum and other blockchain networks to grow proportionally, scale and improve security measures, the work of core developers is essential. However, in comparison to developers for independent companies or successful ICOs, core developers are poorly incentivized.

For instance, the main role of the Ethereum Foundation in the open source development community is to administer the /ethereum Github. Zamfir explained that the Ethereum Foundation also hires around 40 developers to fund the development of Geth, Pyethereum, Solidity, Whisper, Swarm, and the Mist Browser. It is also in charge of developing scaling solutions to provide a better and more flexible ecosystem for businesses and users.

Most of the technological development on Ethereum is carried out by the Ethereum Foundation. Most recently, Ethereum co-founder VItalik Buterin and Bitcoin’s Lightning Network co-author Joseph Poon released Plasma, a solution which scales the Ethereum network by eliminating unnecessary data from transactions and optimizing smart contracts.

“As only merkleized commitments are broadcast periodically to the root blockchain (i.e. Ethereum) during non-faulty states, this can allow for incredibly scalable, low-cost transactions and computation. Plasma enables persistently operating decentralized applications at high scale”, the paper of Buterin and Poon reads.

Many experts, including Ehrsam, have previously explained that such scaling solutions will be key in improving Ethereum’s capacity to support large-scale decentralized applications. But, contrary to the analysis of Ehrsam, Zamfir explained that off-chain and second-layer scaling solutions are not as usable as other researchers and developers think.

“I think they are not very usable because they span different trust models and require non-miner/validator nodes to be available to make settlement transactions”, said Zamfir. “Settlement transactions can be censored by the miners/validators, leading to the reversion of all of the state changes that were processed off chain.”

“This actually makes the underlying blockchain less secure, because it makes censorship much more profitable”, he explained further. “I like to spend my time working on blockchain sharding, which I regard as the only true blockchain scaling solution, and which I think will provide for all of the scalability requirements of the blockchain without sacrificing on security or the trust model.”

Importance of hard forks in Ethereum

More importantly, Zamfir noted that most updates to the protocol or the blockchain network can be more safely and efficiently deployed as hard fork solutions, rather than as soft forks. He and the Ethereum development community generally advocate for hard forks over soft forks.

Zamfir emphasized that hard forks are more ethical than soft forks because they require user consent.

He suggested that the Bitcoin development community and the Bitcoin Core development team are opposed to hard forks because of their desire to maintain 1MB bitcoin blocks and a proof of work blockchain.

“They [bitcoin development community] don’t want to make any significant, foundational changes to the protocol because they believe that a single proof-of-work blockchain with 1mb blocks and ASIC miners is the best architecture that is possible”, added Zamfir. “If they believed in proof-of-stake, blockchain sharding, or bigger blocks, then they would also prefer hard forks to soft forks.”

The potential of Ethereum blockchain in the finance sector

In an exclusive interview with Binary District, Sergey Gorkov discussed the partnership between  Vnesheconombank and the Ethereum Foundation, specifically the establishment of the VEB Blockchain Competence Center. He noted that the demand for Ethereum, and blockchain technology in general, is growing rapidly in Russia, primarily due to the strong presence of Ethereum in the country’s blockchain sector.

For years, banks, financial institutions, and major technology conglomerates have received tens of billions of dollars in funding to integrate blockchain technology. However, many industries are yet to produce a finished product or commercially successful blockchain project.

“We are now piloting three projects, which should be finished by the end of the year. These projects started before the creation of the center, so the center should add a bit of energy to them. By next year, I’m sure we will be able to “shoot” with the first technologies that will already be ready for use by government institutions, public administration, and private companies,” Gorkov revealed.

Gorkov explained that blockchain technology has struggled to maximize its potential in major industries because the companies and developers of technologies, like Ethereum, have never encountered technical and scalability issues of this sort.  He emphasized that the decentralized nature of blockchain technology qualitatively changes the relationship between the state and the people. As the industry evolves, Gorkov noted that more commercially successful blockchain projects will develop.

Read next: Get 10 books that’ll turn you into Arduino DIY expert — and pay what you want