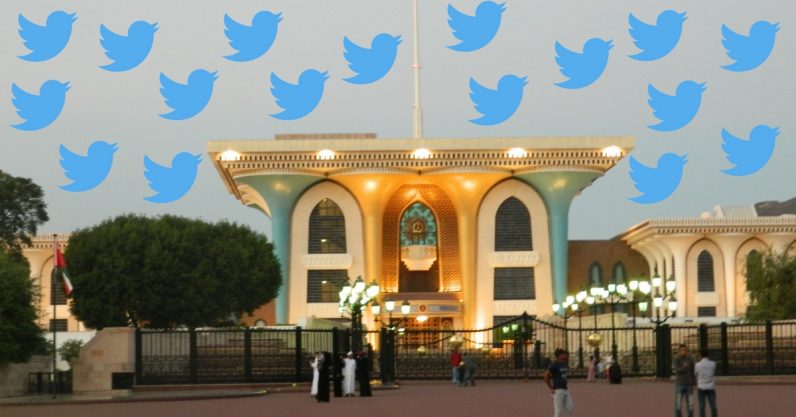 Research conducted by the Dubai School of Government into the Arab Spring of 2010-11 found that mass protests on the ground were often preceded by revolutionary conversations online, and that social media such as Twitter played a central role in shaping the political events.

Having studied changes in internet traffic and social media use, they concluded that social media during the Arab Spring played a critical role in “mobilisation, empowerment, shaping opinions, and influencing change”.

In some cases, such as in Dubai, the government used social media to engage citizens and encourage participation in institutional rather than revolutionary change. In other cases, such as in Egypt, governments blocked access to websites used by protesters, or even shut down access to the entire internet.

Following the Arab Spring, citizens of the Persian Gulf state of Oman became aware of Twitter’s potential and decided to adopt it as a platform for addressing social problems, rather than instigating revolutions. For example, unemployment for young people even with degrees is a problem in Oman, as it is in other nations in Europe, and young Omanis took to Twitter to discuss their predicament, gathering around the hashtag that is the Arabic translation of “we need a job”.

This tweet was read by Oman’s Sultan, Qaboos bin Said Al Said, who then announced the creation of 25,000 jobs for younger adults.

Oman is one of the most absolutist states in the world, with political power resting almost entirely within the Sultan’s hands. Yet this gave citizens a feeling that was not possible before: that their concerns are matters of importance to the government. Twitter becomes a two-way communication channel for working towards social change, not just a one-way broadcast for promoting celebrities or for delivering government pronouncements.

Now, the civil service in Oman is adopting Twitter as part of its provision of public services. A similar approach has been taken elsewhere, for example the small Spanish town of Jun, where the mayor has put every municipal department on Twitter, encouraging citizens to contact them using that public forum. But in this case the approach has been scaled up to an entire country.

We examined how Twitter was being used in Oman and to what effect. Our research revealed that Omani citizens found Twitter to be “empowering”, as it allows them to identify matters of concern and seek rapid responses and resolutions – something that was a rarity in the past.

One example is refuse collection. Using Twitter, citizens can post photographs of streets where refuse collections have not been made at the stated times, or left at roadsides causing annoyance and unhygienic conditions. In the past, citizens would be left to call or visit local government offices, but any effect this had generally came considerably later than desired, would be handled only if there was a personal connection in the responsible department – or not dealt with at all.

I think that one of the good things about Twitter is flexibility … our culture does not appreciate women going to government organisations. With Twitter, women can communicate with us without having to leave home. They can complain and put across their feedback or suggestions, and at the same time respect tradition and culture. We are getting more complaints from women than before [using Twitter].

A woman participating in the research agreed that Twitter provided her with the means to communicate with government without having to visit in person, saying that she would be “uncomfortable” doing so as she comes from a conservative background.

Other participants said that although Oman’s capital, Muscat, is considered more modern and so cultural practices more loosely adhered to, outside urban areas traditions are very well preserved and women are expected to respect them.

Use of Twitter has led to greater transparency and accountability in public sector departments and swifter resolution of issues, which citizens are happy about.

All departmental personnel including heads of department and ministers – not just the government departments themselves – have Twitter accounts available to citizens, offering few places for civil servants to hide or delay acting on a complaint or request.

In order to ensure their government does not drop the ball, Omani citizens post their issues to Twitter.

Decision makers, mindful that their responses are publicly monitored, communicate with one another using Whatsapp to expedite the process. Once the matter has been resolved, the citizen offers a message of gratitude, which reflects well on the effectiveness of a department at resolving issues.

For public sector government staff, this approach has meant longer and more diligent working hours, but workers felt that, as this has resulted in better quality services and new knowledge and skills, they were happy with the transition. One remarked:

We reply to public tweets or complaints even on holidays or weekends … we can’t delay our responses. We have employees who work 24/7 … Twitter has provided us with a new culture of work that was not there before. Our work and success is apparent to the general public which has led them to post messages of appreciation about what we are doing.

From our discussions with government officials it was apparent that Omani citizens are forward thinking, techno-savvy, and use Twitter to find solutions to their social problems, whether large scale (the unemployment issue) or day-to-day matters (refuse collection).

The Omanis feel immense pride in their activities and the government’s responses to their concerns, feeling that Twitter provides them a platform to make themselves heard to the government that was not there before.

The government has even established a Department of Social Media in order to ensure this approach continues to meet the citizens’ requirements. And for its part, the government is able to use Twitter to gauge citizens’ views, something difficult to achieve in the past.

What our study shows is that if digital skills are taught and encouraged and a clear and transparent vision is provided this can lead to a widespread change of attitude, from citizens to policymakers and the media. Whether implemented in a small town or across an entire nation, it’s clear Twitter could be similarly used in other countries, providing a digital delivery of effective and responsive modern public services.

Read next: Load up on CompTIA certification training for less than $8 per course