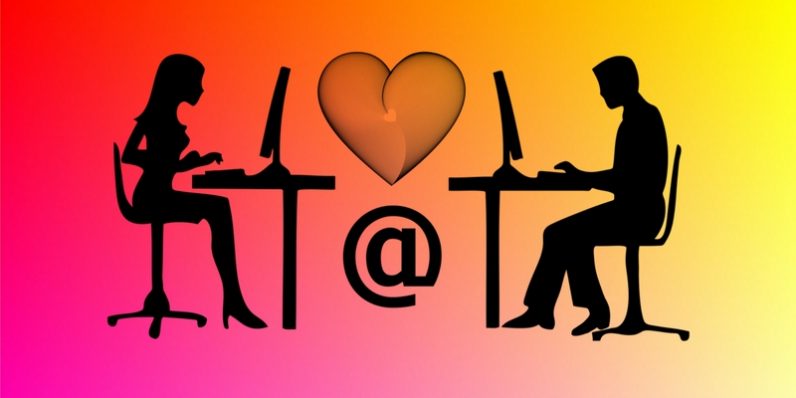 The UK Advertising Standards Authority (ASA) recently banned an ad from online dating site eHarmony which assured those looking for love that it was a “scientifically proven” matching system.

The company matches users according to their personality, using their own data on existing relationships. According to the ASA, however, eHarmony failed to demonstrate that its matching system was scientifically proven to give users a better chance of finding a partner.

But what does science really have to say about online dating, and about marriages that begin online?

First, we need to understand that online dating has had a huge impact on modern societies. Nearly one-third of modern marriages in the US now begin online, and up to 70% of homosexual relationships. For better or for worse, online dating has changed who we end up marrying.

Before online dating, people tended to marry people who were already (at least loosely) in their social circle – someone who attended the same school or college, someone who lived in their own neighborhood, or someone who prayed at the same church, temple or mosque.

But because people often live, study, and pray with people like them, they were more likely to marry someone who shared their characteristics and, in particular, race.

This was particularly the case because many societies remain highly segregated: the average American public school student has less than one interracial friend, and around 90% of people who attend religious services do so only with others of their own race.

But after 1995, with the rise of online dating, people were increasingly more able to date anyone, and had a higher chance of matching with someone from another race or ethnicity.

Jointly with Philipp Hergovich from the University of Vienna, I have shown with a formal mathematical model how those extra connections can quickly reduce the racial segregation of a society. The article has quickly attracted media attention around the world.

In fact, the number of interracial marriages started growing at a much faster rate following the popularisation of online dating by the end of the last century – from 9% in 1995 to 17% in 2015.

As the MIT Technology Review writes, this data doesn’t “prove” that online dating caused the rise in interracial marriages, but it is consistent with the hypothesis that it does.

This effect has benefited particularly the African American community. Only 5% of African Americans married outside their race in 1980, but by 2015 this percentage had risen to 18%.

There are two further ways in which online dating is changing modern families.

First, there is new evidence that internet diffusion has contributed to increasing marriage rates among 21 to 30-year-old people in the US. The empirical evidence overwhelmingly suggests that this relationship is causal.

Second, empirical evidence has found that relationships that start online transition to marriage more quickly than those between couples who met offline.

Additionally, all academic papers find that marriages that start online last as long as any other marriages. There is even some evidence that they may last longer.

So, although eHarmony ads are not scientifically verifiable and have been taken down, online dating does allow us to connect with complete strangers, people we may have never otherwise crossed paths with.

Online dating connects us to people who look and think less like us, making society more connected and integrated.

Interestingly, we expect that these changes will continue to develop in the years to come – Tinder only started in 2012, and much of its impact remains to be seen. Hopefully, online dating will contribute to making our societies even more racially integrated.

Read next: Should a criminal record ban you from the sharing economy?