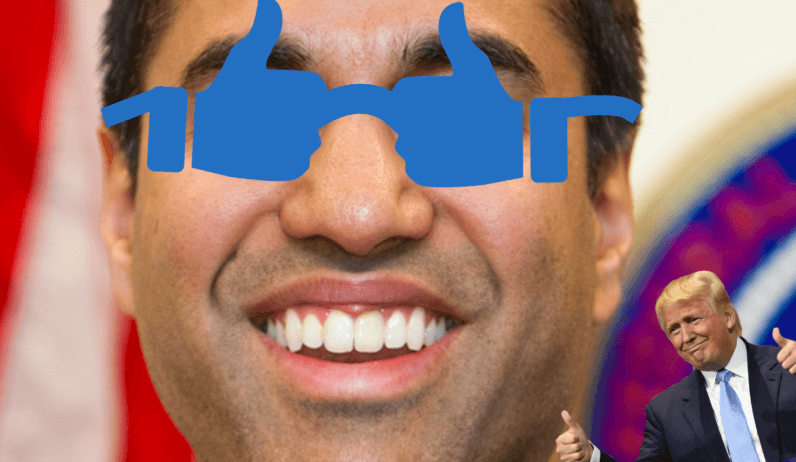 I don’t care about Net Neutrality because I’m fine letting greedy telecom companies decide how I use the internet.

And also, I don’t care about our country’s future.

Many people I know are talking about this thing called “Net Neutrality.” They’ve gone through painstaking explanations as to why I should care about a “free internet” or should care about the fact that large corporations may be able to “throttle” my internet.

And yet, I still don’t care.

There are numerous reasons why I, the typical American consumer, don’t give a shit.

Here are some of the reasons IDGAF about Net Neutrality.

I don’t give a shit about Net Neutrality because I have money to throw around and I don’t care about spending hundreds of extra dollars a year just to be able to access “Bojack Horseman” on Netflix.

I mean, I know I already pay for a subscription, but if Comcast wants more money to show me the thing I’m already paying for, who am I to argue? I love giving money to telecoms instead of spending it on unnecessary shit like food and housing!

It’s okay to me that it might be much easier for me to access FOX News than my independent, local news site that helps me keep a pulse on my community.

It’s cool — I love the idea of letting people who still use IE6 decide what I consider important and what’s not so important that I should pay more for it.

I mean, I know this is effectively censorship of anyone that isn’t willing or able to make a deal with the telecom companies to have their pages load at the same speed as these media giants’ sites… but that doesn’t affect me because I believe these conglomerate monopolies have my best interests at heart and definitely aren’t just trying to make the most money for their shareholders.

I love it when old, out-of-touch rich people tell me how I should use the internet

I’m cool without Net Neutrality because if a bunch of old dudes in the government who don’t even understand the basics of packet switching are into it, it works for me, too.

Sure, it’ll prioritize sites owned by the big media companies instead of the websites I use to learn valuable skills or to motivate myself to be better — you know, sites like TED and Coursera, which are independently owned.

It’s fine that the telecom companies are going to prioritize the sites that pay for speed, even though those sites showcase the Kardashians and not content that helps me become a better, more informed citizen.

I was thinking about starting my own company, but I realized I’m never going to be able to compete since I am not owned by a big media company.

Because my awesome site will be scaled back and isn’t part of a plan people pay for, it’s fine that my site will lay in the bowels of the internet, never to be discovered while people share more easily accessible content like stuff from TMZ.com.

But that’s cool… we don’t need more competition and diversity in business in America.

IDGAF if I can’t use basic sites

In fact, because I’ve decided not to pay more for the “unlimited Google” package, the internet is basically useless to me now… so do whatever you want with it. I’m fine getting my news from late night comedy shows and Access Hollywood.

Their politics are shady at best. They have the crappiest connection of all the telecoms. Their customer service sucks. But, like, they charge $20 less than competitors for Hulu, and I’m really into “The Handmaid’s Tale.”

If my friends at Verizon tell me that the site I was accessing to learn more about social injustices leading to Black Lives Matter isn’t legitimate enough for them, then I trust they have my personal interest in mind and they’re looking out for me. You know, just like we all totally agree on whether it’s disrespectful for football players to kneel during the National Anthem.

I trust they’re not going to use their power to thwart access to take a stance on a site that might espouse a controversial but perfectly legal opinion.

I’m down giving corporations complete control over my internet use

I don’t care about Net Neutrality because I’m totally fine with the idea that corporations can exercise control over everything I do on the internet.

Who needs a free internet when I can rely on Comcast and Verizon, the same companies that charge me too much for cable and then bully me when I try to unsubscribe, to promote the sites they think are important and scale back the ones that aren’t?

After all, it’s not like I’m trying to voice an unpopular opinion, possibly like the one in this very piece that could totally be scaled back if it’s not in line with what the telecoms say it should be.

It’s fine for these telecom companies to make a few extra bucks on my dime… after all, it’s not like they could have kept up with the times and found new ways to innovate instead of lobbying the government to cater to their power structures in a way that helps them gain even more profit. I mean, just because Elon Musk is changing the world, it doesn’t mean Verizon can!

And it’s definitely just a coincidence that the person pushing this vote is someone who directly worked for one of these companies that failed to keep up with the times.

I fully understand and accept the argument that this is all about free choice… the freedom to choose what I want to pay for and deal with slower sites so that I don’t have the same access to information as someone who can pay more than me for the entire bundle.

No matter that the digital divide is already massive between poor communities and wealthy ones, and that Net Neutrality ensures we all have equal access to the voices across the spectrum.

My freedom to decide I don’t want to pay to for the broadband required to run The New York Times is more important than someone else’s freedom to ensure anyone in the U.S. has equal opportunity to access whatever content is important to them.

Telecom companies already own all TV, why not let them own the whole internet, too?

It’s cool to me that when these companies have the authority to scale back services, they’ll want to own as many properties as possible, creating even more of a monopoly on content than the one we already have by purchasing some even more digital properties. And should I voice dissent or disagree with their views, I’m cool with knowing they can just shut me and my site out.

But hey, I’m comfortable with the guy behind FOX News controlling how I use my internet. No political bias there!

ISPs swear they won’t throttle, and I trust them in spite of the fact that there’s documented evidence of AT&T and Comcast having censored my service via throttling. You know, even in spite of all the corporate incentives to throttle every chance they can make a quick buck off of doing it. Because powerful corporations would NEVER use their power to effectively censor people and advance their own corporate agendas!

In sum, I want you to know that I don’t care about freedom of speech. I don’t care that the telecom companies are already plotting to manipulate our every move, using the disbandment of Net Neutrality to find even more ways to take money out of the pockets of ordinary citizens.

But if YOU do, then I urge you to visit Battle for the Net, Dear FCC, Go FCC Yourself and Save Net Neutrality.

Net Neutrality is an incredibly important matter of free speech. If my post resonates with you, please, don’t stop fighting for Net Neutrality.

Read next: iPhone 8 (not X) is the world’s most popular piece of tech on Google in 2017