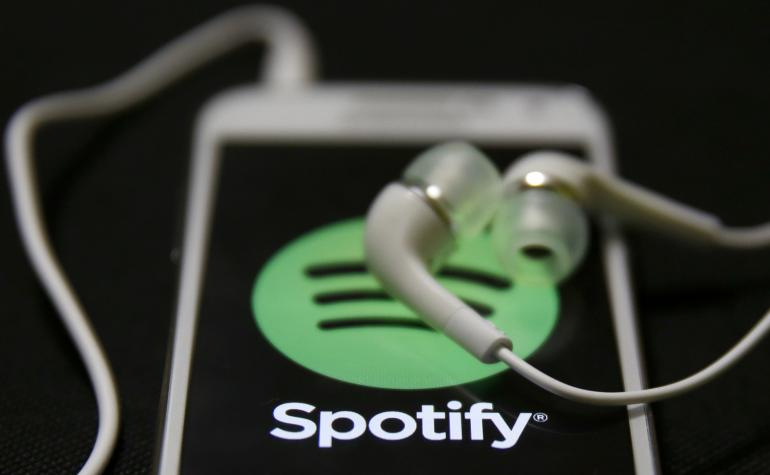 While competition online starts the same way as that in offline markets, my research shows it often settles very differently online.

Both have seen lots of competitors emerge in a new area underpinned by new technologies. But online, consolidation ends in a high-stakes winner-takes-most “title fight” between the two strongest players.

In search this was AltaVista vs Google, in social media it was MySpace vs Facebook and in business networking Spoke vs LinkedIn. The result is that the victor at this critical juncture goes on to dominate their corner of the market and becomes almost unassailable in that space.

The evidence is mounting that Swedish music streaming company Spotify is on the verge of seizing the crown in music.

Pandora has been for some time the dominant real-time streaming service in the United States. Three years ago it had a clear lead but competition from Spotify appears to be stronger than ever. Pandora was a mass market pioneer in the online “radio” style streaming format where users pick stations and the music is compiled for them, whereas Spotify adopted an on-demand model which has prevailed.

Spotify has created many features that has made it popular with users like the ability to create and swap playlists.

In the United States, Pandora has more monthly active users than Spotify, Shazam, Soundcloud and Amazon Music, according to App Annie. While Pandora has dominated in the United States its success in other markets has not been so strong. In Australia and New Zealand, for example, it recently closed its service and Jane Huxley, former managing director of Pandora Australia and New Zealand who resigned in March was just announced in the same role at Spotify.

Spotify also has a massive global subscriber base – many of whom are paying higher per user fees than Pandora. It now looks likely to take the global lead for three reasons:

While the category of streaming music still is in its infancy, new users are critical to success. And this is where Spotify is killing it. In the context of Apps, new users are all about downloads and for the best part of 2017, Spotify has taken the crown of #1 most downloaded music app in the United States on iOS. So while Pandora is still currently ahead in monthly active users, at this rate it won’t be long before Spotify takes the lead overall.

Investors always have a forward looking view. Companies are valued not on what they are doing today but what investors expect from them in terms of future growth and performance. While still private, and with rumours of a stock market listing later this year, Spotify is now valued by investors at more than US$13 billion – over five times the current value of publicly listed Pandora which is currently US$2.3 billion.

The success of all online ventures is fueled by technology talent. And many of the people in the tech sector have their antennae tuned to who is hot and who is not.

You can now use data to examine which companies are the most desirable destinations for software developers and tech talent by looking not at what people say, but where they go. When people leave one company to go work for another that creates a data point, and when you have lots of these that’s a trend.

Using the technology talent movement metrics we can see also Spotify took the lead from Pandora in the United States in September last year.

Initially new segments of the digital economy emerge in the same way as new segments of the traditional economy — with a vibrant explosion of new life and competition. Consider the car industry where there have been more than 3,000 car companies formed in the US alone over the last century.

Under the influence of competition, these thousands of companies have now winnowed down to ten major global companies, each with sales of more than US$100 billion.

The way competition evolves online is akin to how the force of gravity has formed our solar system from lots of smaller rocks over time into clear planets with moons or satellites but, notably with no dual or triple planets. I refer to this phenomena as “Online Gravity”.

*Except China, Russia and South Korea.

Consider web search where the now-dominant Google launched in 1998. It was about the 16th search engine launched — after Infoseek, Alta Vista, WebCrawler and at least a dozen others.

Where are today’s title fights?

We can see competition impacts clearly with the benefit of hindsight, but what about “title fights” that are currently underway?

Has Uber gone to point of market dominance beyond competition, or is it a MySpace awaiting Facebook, perhaps Lyft or another yet to enter entrant to steal its crown? Who will win the title belt for outsourced online labour? Will it be Freelancer.com or UpWork?

The prize for understanding who is going to win is large, and explains the premiums venture capitalists and public market investors alike put on companies that are favoured title fight winners.

Could Tesla become the Google of electric vehicles? Many people think so or that its battery technology advances could lead it to dominate in broader distributed energy industries of the future.

Much has been made in the media of the market value of Tesla now overtaking both GM and Ford, making it the most valuable US car maker. This is despite the fact Tesla sold less than 100,000 cars vs 10 million at GM and that its revenue is less that 5% of GM and Ford’s. And it’s still losing money.

Could Tesla’s rise in market valuation have been predicted? One interesting new data source that may shed light on this is technology talent.

Salary monitoring service Paysa also charts the movement of technology talent. It ranks the desirability of companies as employers, using data on technology talent migration it gets from LinkedIn and other sources.

Here we can see that Tesla overtook GM in terms of desirability as a destination for tech talent some four years ago and has remained ahead ever since. This coincides with Tesla’s subsequent rapid rise in enterprise value as reflected by the stockmarket.