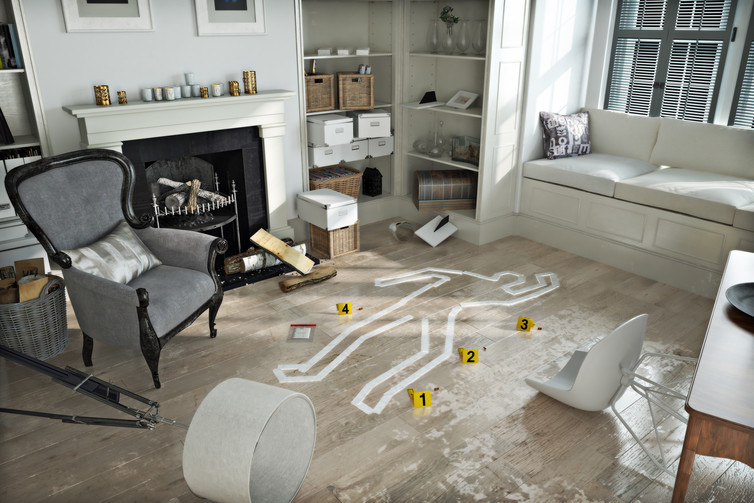 Juries are seldom allowed to visit crime scenes. There are exceptions, usually in difficult, high-profile murder cases such as the O.J Simpson trial in 1995 in the US and the Jill Dando murder trial in 2001 in the UK. But asking jurors to become fact finders in this way comes with myriad problems, from possible biases to the logistical and security challenges of taking them to the crime scene.

A site visit by the Dando jury needed a convoy of five vehicles to transport the jurors, lawyers, judge and their police escorts to the scene, passing through police barricades surrounded by neighbours, journalists and other spectators. It became a media spectacle. But rapidly progressing technology in imaging, robotics and artificial intelligence may be able to avoid these issues by virtually teleporting judges and jurors to crime scenes without even leaving the courtroom.

Such visits can help juries to assess the prosecution and defence cases. For example, in the murder trial of music producer Phil Spector in 2007, the defence lawyers claimed a large fountain at the scene caused a witness to mishear Spector admit to the crime. By visiting the scene, the jury were able to judge how likely this was, as well as gaining a better understanding of how the sequence of events may have unfolded.

But when a jury visits a crime scene, it may not be in the same state as when the crime originally occurred. During the Simpson trial, for example, there were serious complaints regarding the scene being staged and items rearranged. And the longer the time after the crime has taken place, the greater the chance that things will have changed.

Courts have traditionally relied on forensic science units to produce visual evidence in court as an alternative to crime scene visits. Crime scene investigators (CSIs) gather and use evidence to recreate the precise sequence of events that occurred during the course of a crime. Part of this reconstruction process is photography and sketching, with the latter still largely done by hand.

Photos give a limited picture of the crime scene, restricted by the photographer’s field of view and subject to their interpretation of the scene and the importance they place on different pieces of evidence. Video can capture more of the scene but is still limited in its field of view.

Sketches lay out the scene in a way that neither photographs nor videos can. They provide a general overview of the scene and the precise and relative location of evidence. But they also give an inherently less realistic representation of the crime scene, determined even more by the artist’s interpretation. Similarly, photos and videos can be turned into 3D computer animations but again are subjective, and can even be tailored to support the case of whichever side is presenting them.

However, new technology is now emerging that could enable CSIs to capture and relay a much more immersive and representative picture of crime scenes, using 3D imaging, panoramic videography, robotics and virtual reality. For example, researchers at Staffordshire University, led by Caroline Sturdy Colls, used green screens, video game software and the latest virtual reality headsets (such as the Oculus Rift and HTC Vive) to reproduce virtual crime scenes digitally.

Jurors could potentially take a walk around the 3D worlds rendered using the system, and examine vital details of the scene. Unlike an edited video created to sway the jury, this form of evidence would be a simple matter of documenting a scene. This, of course, relies on those gathering the data to objectively preserving the crime scene without staging or tampering.

One issue with 3D recreations and computer-generated virtual reality simulations is that they require expensive headsets, and top specification computers to work. The first generation of VR systems such as the HTC Vive (£759), PlayStation VR (£349.99) and Oculus Rift (£549) all come with hefty price tags and none of them work without an additional VR-ready computer or console.

To overcome this issue, my colleagues and I at Durham University are developing a robot system inspired by NASA’s Curiosity Mars rover that could capture immersive video footage of crime scenes. This MABMAT takes 360° videos and photographs that can be played on any computer or smartphone with an appropriate app. With a basic adaptor headset such as the £10 Google cardboard, it can recreate a similar VR experience as above but at a fraction of the cost. It requires no rendering of 3D graphics, no powerful computers and captures the most accurate snapshot of the crime scene from every angle. Users can turn their heads, look up and down, or zoom in and out.

As well as helping juries in the courtroom, the system could allow investigators to revisit crime scenes as they were at the time of the initial forensic examination. Information could be captured in three ways. A CSI could set a predefined path for the rover to take, recording high definition video images in 360° as it goes. Or it could be controlled via a Bluetooth remote or a smartphone or tablet. Alternatively, the rover could use ultrasonic, motion and infrared sensors to navigate around a scene and take photos and video by itself.

The entire setup totals just £299, with costs set to go down even further in the future, due to affordable open-source robotics kits built around cheap computer systems such as Raspberry Pi and Arduino. Another development could be the use of Google’s Tango project, which can render 3D images of scenes and terrain in real-time, potentially replacing crime-scene sketching. This would create an immersive experience with tracked motion, highlighting the precise distance between objects and relative position of the evidence at the scene.