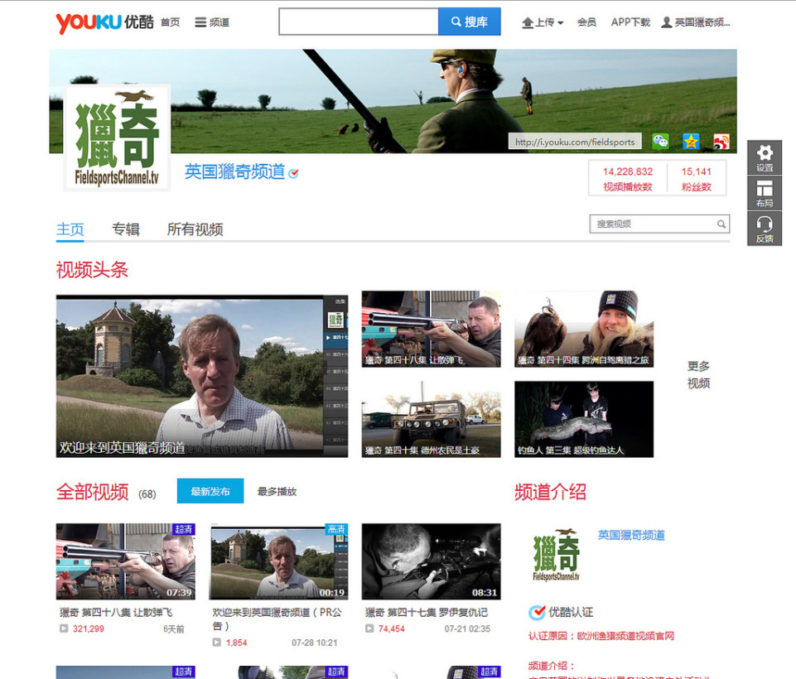 When China’s government banned video streaming on the site AcFun (Site A) in June, little did we know that the days of Bilibili – its sister site, commonly referred as Site B – were also numbered.

In July, thousands of people woke up to find that the content they had archived on Site B – mostly TV series and films from the US, UK, Japan and Europe – had suddenly disappeared.

A joke is going around on Chinese social media saying that A is gone, B is gone, but you can still watch C. C being CCTV, the government-run Chinese Central TV.

In fact, the crackdown on streaming can be seen as the state media’s attempt to reclaim ideological ground as well as market domination. Streaming video has exploded in China, but its popularity has been mirrored by growing concern from authorities about the influence of foreign content, among other issues.

The sector may also be heading towards a phase of consolidation through a series of business mergers.

It can be hard to keep up, but this piece is a guide to the sites and regulation you need to know.

Sites like Bilibili and AcFun aim to appeal to young people. Their content is free and it offers an alternative to China’s mainstream propaganda media.

Popular chat technology known as “bullet screen” and Japanese-style anime movies are among their most distinctive features.

Launched in 2006, Youku is one of China’s earliest video streaming sites.

Initially a platform for sharing videos, it diversified its offering in recent years to include films, television, music, and variety shows. Having merged with fellow video site Tudou, Youku was bought by the one of China’s biggest corporations, Alibaba Group, in late 2015.

LeTV, another top streaming site, specialises in film and television drama – not just from China but from sources such as the BBC as well as Japanese and Korean television.

As one of the only video streaming company listed on the domestic stock market, LeTV made a huge profit purchasing program rights at low prices during its early stages, but is now producing more of its own content as rights become expensive.

iQIYI is one of the local streaming industry’s most prominent players, partly because it is owned by Baidu, China’s biggest search engine.

The company gains a competitive advantage by offering tiered plans that allow subscribers to bypass ads and purchase titles at a reduced rate.

In 2015, both iQIYI and Youku signed content-licensing deals with Paramount Pictures, and earlier this year iQIYI signed a deal with Netflix.

It partners with high-rating Chinese television stations such as Zhejiang TV, and most of China’s television drama and variety shows are now accessible via this service. It was also the official streaming website for the 2008 Beijing Olympics.

Its live streaming of Zhejiang TV’s talent show Voice of China was hugely popular in 2012 and 2013. In 2014, Sohu consolidated its competitive position after taking over the streaming site 56.com.

Who is regulating streaming?

Regulators have been busy playing catchup when it comes to streaming.

In 2014, the Cyberspace Administration of China (CAC) was established to govern the burgeoning Chinese internet. Its most recent regulations can be found in Edict #1, containing various rules covering content, software and technology.

Because streaming and live streaming involve content, software and technology, and because potential transgressions can be on political and moral as well as legal grounds, this area is now policed by the State Administration of Press, Publication, Radio, Film and Television (SAPPRFT), CAC and the Ministry of Culture.

In theory, all streaming and live streaming sites and apps are subject to regulation. In practice, the enforcement of regulation is almost always reactive rather than proactive.

For instance, in 2014, LeTV was ordered to stop selling illegally installed set-top boxes, and other companies, such as iQIYI and Sina, were instructed to take down all unlicensed devices and apps.

For China’s streaming industry, the line between legal and political crackdowns can be unclear. Often authorities decide to ban a site or remove certain content on regulatory grounds, but there are often underlying ideological reasons, too.

In April, 18 illegal live streaming apps were shut down, followed by another 10 streaming apps in May. While they were closed on legal grounds, they were also criticised for publishing “violent, feudal and superstitious” content and promoting gambling.

When it comes to deciding what content to censor, political sensitivity can trump ethical transgression.

This may explain why images of self-immolating Tibetan monks would typically be taken down very quickly, whereas the spectacle of a person dying in an escalator accident – an incident caught on a surveillance camera – continue to circulate.

In addition to government pressure, some analysts predict the sector will eventually be dominated by “BAT” – the three major digital players in China: Baidu, Alibaba and Tencent.

Live streaming has only really taken off in the past year, but by the end of 2016 there were already hundreds of live-streaming platforms focusing on games and entertainment.

It’s clear that streaming’s days of unfettered growth are over in China, but companies and individuals will continue to test the boundaries. The game of cat-and-mouse with regulators will continue.

Read next: Dictionary.com discreetly updates app permissions to spy on your phone