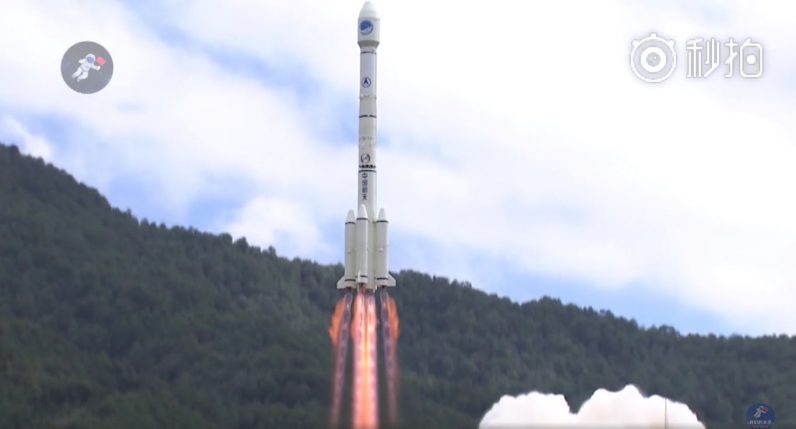 China has successfully launched another two satellites that will be part of its native BeiDou Navigation Satellite System (BDS) – the country’s competitor to the American GPS system.

The satellites will bolster China’s ambitious Space Silk Road project – the country’s programme to boost its global revenue from positioning and navigation systems.

The launch was significant for multiple reasons. First, the BeiDou Navigation Satellite System was built with China’s requirements for national security, and socioeconomic development in mind. The BDS reportedly provides a positioning accuracy of up to 2.5m, rivaling the 20m accuracy offered by USA’s GPS. This makes the satellite system strategically important to the Chinese military.

The services offered by the satellites are applicable in multiple fields. They are used for communication, surveying, weather monitoring, mapping, disaster mitigation and relief, emergency search and rescue, and many more. BDS even forms the backbone of the Chinese autonomous driving industry.

Other countries than China will also benefit from the BDS. The satellites function in three categories, with the BDS-1 system providing positioning, navigation, and timing services throughout China, followed by the BDS-2 offering the same across the Asia-Pacific region. The BDS-3 will cover countries connected by China’s Belt and Road Initiative (BRI).

The project has come a long way. China started plans for a native navigation system back in the 80s, and it officially launched in 1994. Operations for the first generation BDS-1 system began in 2000.

By 2020, China plans to have a completed constellation of 35 satellites in Medium Earth Orbit (MEO) at about a 22,000km altitude. An additional five will be in geostationary orbit, and three more in inclined geosynchronous orbits at an altitude of 35,786km. The two new satellites make up the 39th and 40th of the BeiDou constellation, and are the 15th and 16th in the BDS-3 system.

Over the years, the project has become more and more significant for the BRI, being dubbed the ‘Space Silk Road‘. The idea was introduced in 2014 by the International Alliance of Satellite Application Services (ASAS), and aims at utilizing the satellites, launch services, and ground infrastructure for supporting related industries and service providers globally. The timing of these developments could not have been better as the demand for the services provided by such satellites is growing drastically each year.

Currently, there is a booming market of Global Navigation Satellite Systems (GNSS) in space, comprising of products and services based on positioning. This is particularly due to the growth of smart technology like wearables, IoT devices, drones, and autonomous vehicles.

According to the GNSS market report published in 2017, the primary growth in this market is expected to happen in the Asia-Pacific region where the number of GNSS devices – mainly smartphones – is expected to grow from 1.9 billion in 2015 to 4.3 billion devices by 2025. This is greater than the numbers for EU and North America combined.

In 2016, the output value of the GNSS and location-based services market in China reached $33.24 billion. This is expected to grow to about $62 billion by 2020 thanks to roles played by satellites like the BDS.

Read next: Early Review: The Pixel 3 is a great phone that should've been better