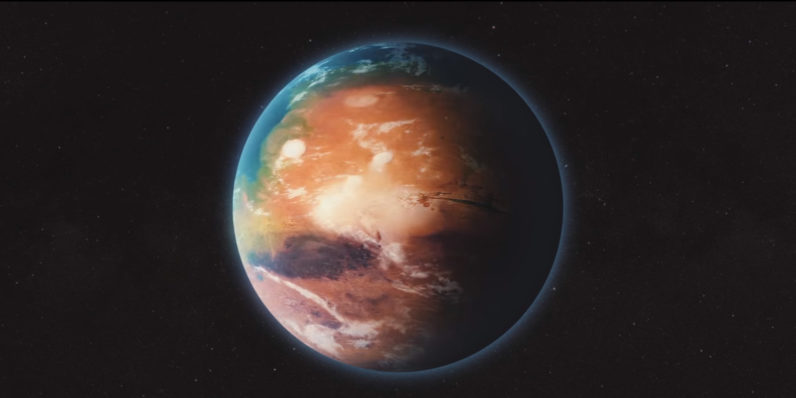 President Trump today called American astronauts on the International Space Station — and told them he wants humans on Mars by his second term “at worst.”

For the most part, the call was amiable and optimistic, with Trump praising the astronauts — Peggy Whitson and Jack Fischer — for their accomplishments.

But there was an odd moment during the discussion of Mars, where the astronauts had to explain President Trump’s own bill to him:

Trump: Tell me … Mars: what do you see a timing for actually sending humans to Mars? Is there a schedule, and when would you see that happening?
Whitson: Well I think — as your bill directed — it’ll be approximately in the 2030s. As I mentioned, we actually are building hardware to test the new heavy launch vehicle, and this vehicle will take us further than we’ve ever been away from this planet. Unfortunately, spaceflight takes a lot of time and money, so getting there will require some international cooperation to get it to be a planetwide approach in order to make it successful, just because it is a very expensive endeavor, but it is so worthwhile doing.
Trump: Well we want to try and do it during my first term or, at worst, during my second term. So we’ll have to speed that up a little bit, okay?

Let’s hope the president was joking; his proposal is ambitious, but unrealistic. The Space Race was a pretty brisk endeavor, but it still took 14 years for it to produce a Moon landing.

Still, he was probably joking. It’s just a little hard to tell these days.

Read next: How tiny worms could solve the world's plastic problem